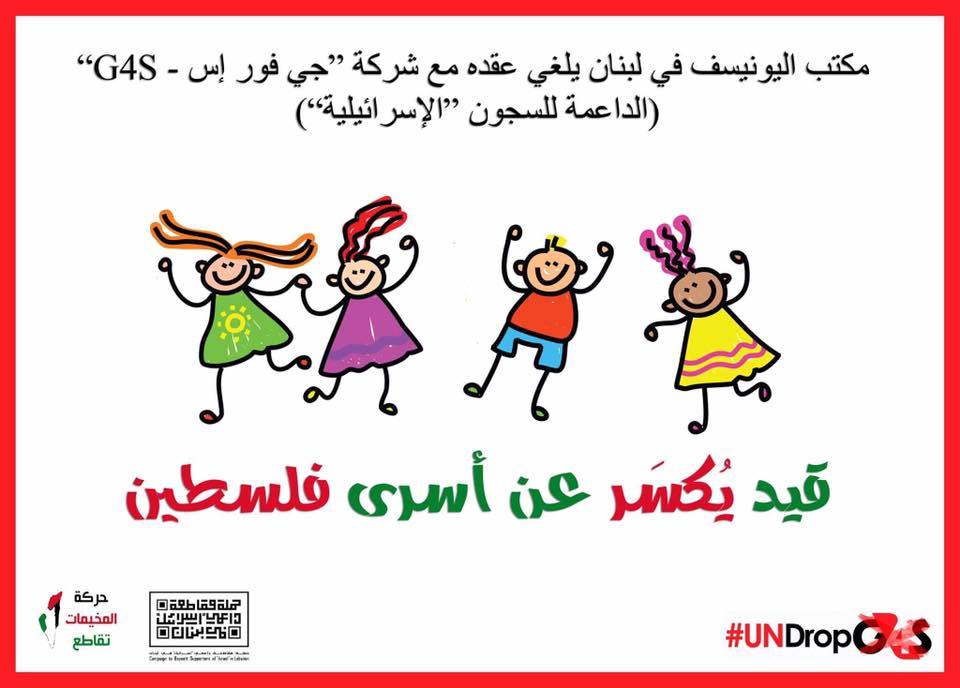 In a new victory for the continuing campaign to boycott multinational security corporation for its role in profiteering from the oppression of Palestinians, the Campaign to Boycott Supporters of Israel in Lebanon announced that UNICEF in Lebanon will no longer be contracting with G4S for security work. This victory comes after an ongoing campaign by Lebanese and Palestinian organizations in Lebanon to demand UNICEF, other UN agencies, and Lebanese businesses stop doing business with G4S.

G4S announced on 2 December that it is selling its G4S Israel subsidiary, which contracts with the Israeli Prison Service for equipment, control rooms and security systems for Israeli prisons, as well as with other Israeli state entities in checkpoints, settlements and the Beit Hanoun/Erez crossing where the siege on Gaza is enforced, to Israeli private equity company FIMI. The sell-off was widely seen as a response to the growing international boycott campaign targeting G4S as a key player in the private-prison profiteering market and especially its role in the imprisonment of Palestinian political prisoners.

However, G4S remains a target of boycott campaigns because it is the co-owner of Policity, a joint venture with real-estate corporation Shikun & Binui, an Israeli corporation involved in settlements, to operate a police training center for Israeli police in Jerusalem, training police to enforce the occupation. G4S is also a target of international campaigns because of its involvement in youth incarceration, migrant detention and deportation, and private security for the Dakota Access Pipeline against the Standing Rock indigenous water protectors’ movement. 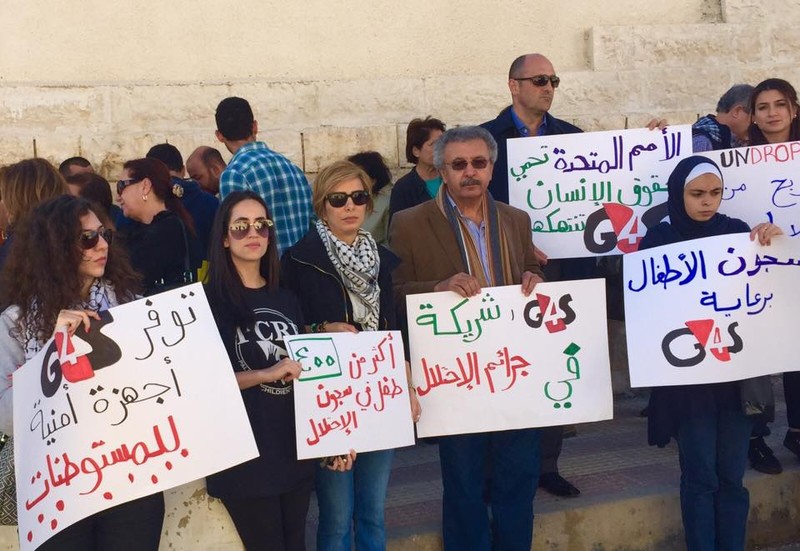 This victory in Lebanon comes alongside the announcement of the UN World Food Program in Jordan that it will no longer contract with G4S, an action hailed by BDS Jordan as a victory in its own ongoing campaign.  Four out of six UN agencies operating in Jordan have ended their dealings with G4S after an escalated BDS campaign. Indeed, UNICEF in Jordan previously dropped G4S, as did UNHCR and UNOPS. The UNDP and UN Women continue to contract with G4S.