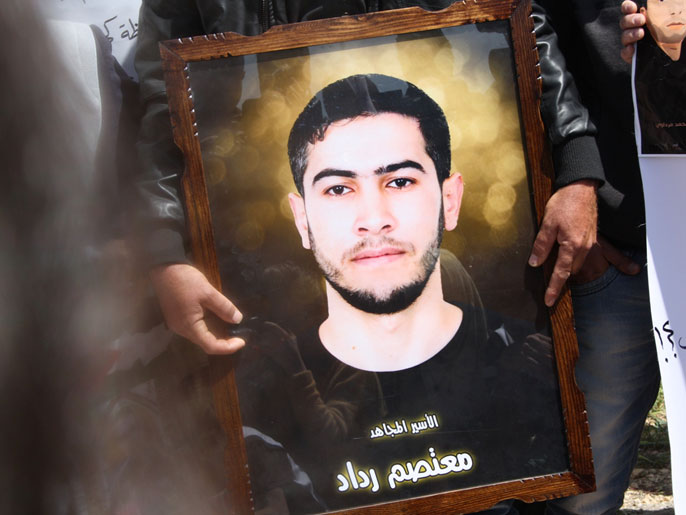 Raddad, from the city of Tulkarem, is held in the Ramleh prison clinic where he suffers from bowel cancer. His family have noted that he is a victim of medical neglect and years of delay in treatment after he originally reported severe pain in his abdomen. Raddad takes more than 17 daily medications, including chemotherapy drugs.

Raddad’s brother said on Thursday, 12 January, the 11th anniversary of Moatassem’s seizure by occupation forces, that his health condition is very serious and he continues to suffer from severe intestinal bleeding, high blood pressure, severe pain and neuropathy. He further emphasized that his brother has not received full information about his own medical care and his medications or access to the results of his medical tests, noting that the entry of an independent Palestinian medical team was rejected by the Israeli prison administration.

His brother demanded Raddad’s immediate release, saying that he needs treatment in an advanced civilian hospital, not a military prison clinic. He has previously been denied early release despite his severely ill health.

Raddad was arrested from Jenin refugee camp in 2006 and accused of resisting the Israeli occupation’s invasion of the camp with the Al-Quds Brigades, in which he was injured. Sentenced to 20 years in Israeli prisons, he has been forbidden visits from his 70-year-old mother on the grounds of “security.”