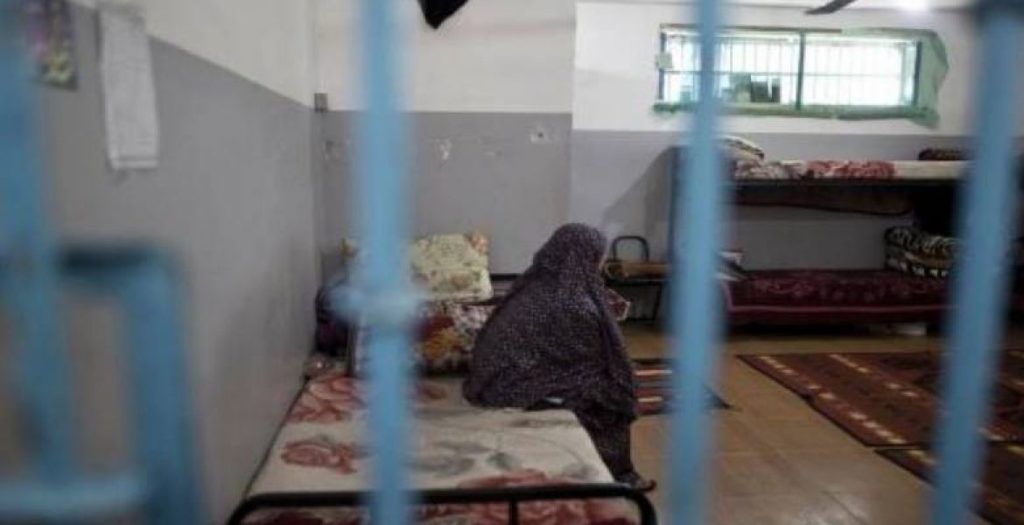 Israeli occupation authorities renewed the administrative detention – imprisonment without charge or trial – of Palestinian prisoner Sabah Mohammed Faraoun of Bethany in Jerusalem for the fourth time in a row for a four-month period.

Faraoun, 34, was seized by occupation forces on 19 June 2016 after they invaded her home; her detention had been extended three times before and was scheduled to end on 25 February 2017 before the new detention order was issued yesterday. Faraoun is a seamstress and tailor, married and the mother of four children, Abdel-Razaq (15), Alaa (14), Tala (10) and Leen (5).  She is one of 11 Palestinian women prisoners held in Damon prison.

In addition, the detention of Rawan Shyoukhi, the sister of Ali Shyoukhi, a former prisoner killed by Israeli occupation forces, was extended until Wednesday 22 February.

Wounded Palestinian prisoner Jihan Hashima, held in the Ramle prison clinic, is suffering particularly difficult conditions in health and detention, reported the Palestinian Prisoners’ Society.  Hashima, 37, from the town of Issawiya in Jerusalem, was seized on 30 December 2016 and was shot in the left leg by Israeli occupation soldiers. A metal rod was inserted into her leg in an operation performed in Hadassah hospital. She was then transferred to the Ramle prison clinic, and she is currently using a wheelchair in order to move. She also has hypothyroidism and vision and hearing difficulties, said her lawyer.

Hashima was denied medical treatment for an hour and a half after she was shot by occupation soldiers at the Qalandiya checkpoint, and Palestinians at the checkpoint who attempted to videotape and take pictures with their phones were forced away with gas canisters thrown in their direction.