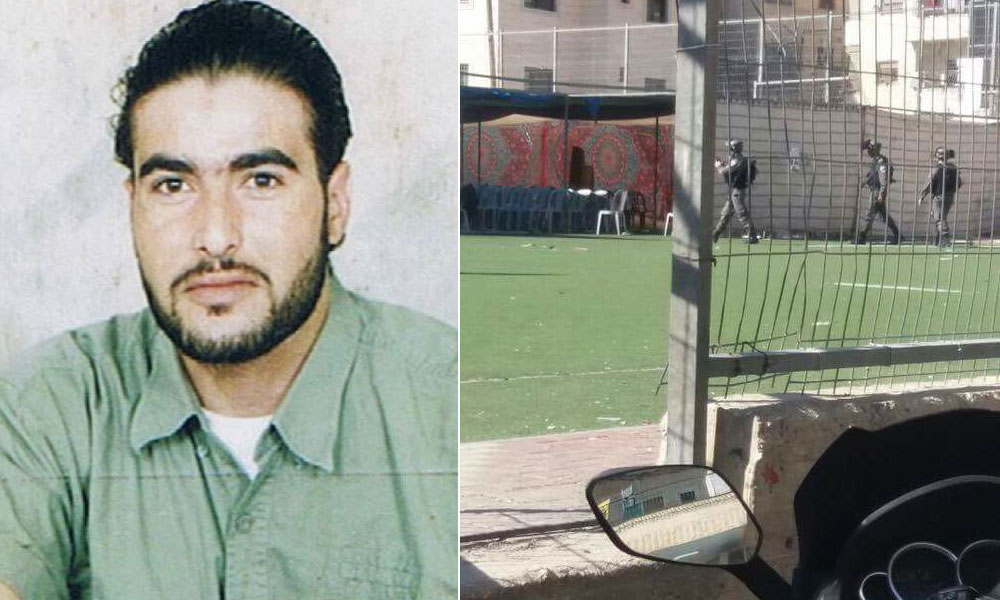 Palestinian prisoner Mohammed Zeidan Mahmoud, 39, was re-arrested by Israeli occupation forces only moments after his release from 15 years in Israeli prison today, Tuesday 21 February. Released from Gilboa prison, Mahmoud was immediately taken to the notorious Moskobiya interrogation center in Jerusalem.  Palestinian lawyer Mohammed Mahmoud reported that his detention has been extended for 24 hours to “complete interrogation.”

Instead of being released to his family who were awaiting him, Gilboa prison administration handed over Mahmoud to Israeli occupation intelligence who came from Jerusalem to take him to the interrogation center. Earlier in the day, his family in the town of Issawiya in Jerusalem had set up a welcoming tent for the expected celebration of his release; at dawn, the tent was stormed by occupation intelligence and police who seized a group of his relatives, dismantled the tent, confiscated chairs, tore down decorative lights and demanded a group of villagers appear for interrogation at the intelligence agency later in the day. Occupation forces fired tear gas throughout the area indiscriminately.

Mahmoud served 15 years in Israeli prison, accused of membership in the military wing of the Democratic Front for the Liberation of Palestine and participation in the Palestinian resistance during the second Intifada.

The transferred arrest of Mahmoud is highly reminiscent of the case of Bilal Kayed, the Palestinian prisoner who served 14.5 years in Israeli prison and was immediately ordered to administrative detention without charge or trial upon his release as his family and comrades awaited him. Kayed immediately launched a 71-day hunger strike which garnered widespread Palestinian and international support and action demanding his release; he was finally released to his family in December 2016.

Samidoun Palestinian Prisoner Solidarity Network demands the immediate release of Mohammed Zeidan Mahmoud and the end of the harassment and persecution of his family members and community. The targeting of Mahmoud is an example of the constant raids, arrests and interrogation summons suffered by Palestinian former prisoners and their families and illustrates the role of imprisonment in maintaining colonial and settler-colonial control over occupied Palestine.