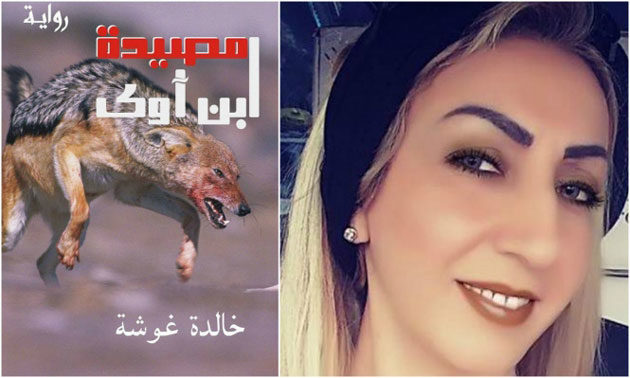 Palestinian novelist Khalida Ghosheh was released in Jerusalem on Saturday, 11 March on a payment of 10,000 NIS in bail ($2722 USD) with an unspecified future court date after hours of interrogation by the Shin Bet.

Israeli occupation police invaded her Jerusalem home in the morning on Saturday, telling her she was under arrest and taken to interrogation. In an interview with Quds News, she said that the subject matter was her forthcoming novel, “The Jackal’s Trap,” focusing on Palestinian collaborators with Israeli occupation forces. She said that the interrogators claimed that her novel poses a threat to collaborators working with the occupation, saying that the novel reflects her own experiences and aims to warn young people about ways the occupation may attempt to compel them to become collaborators.

As Ghosheh was released and awaits charges and a trial for writing a novel about the Israeli occupation, six more Palestinians were seized in military raids in the early morning hours of Sunday, 12 March. Among those taken by Israeli forces include Palestinian journalist Musab al-Said of Bir Zeit, as well as Osama Fuqaha, a Palestinian student and a member of Bir Zeit University’s student council.

Also seized by occupation forces was Batal al-Ramahi, 24, a young woman from the town of Surda near Ramallah, Ali Mohammed Sa’adat from Huwwara near Nablus, and two young people, Muhtadi Ayyash and Salah Attia, from the town of Biddu in Jerusalem.