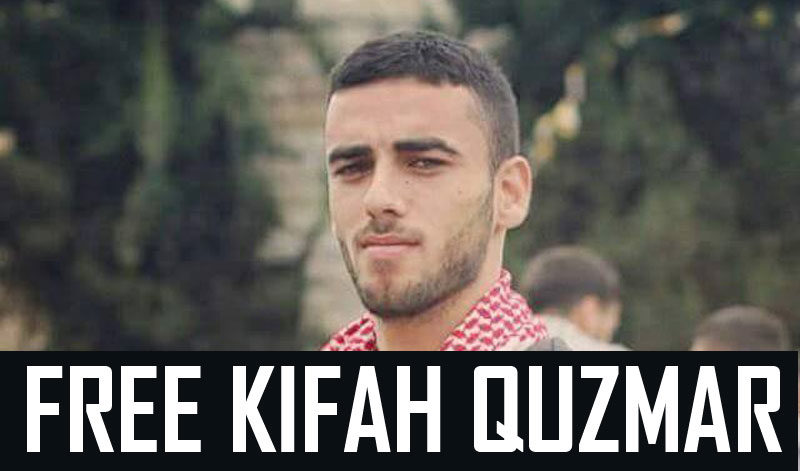 Palestinian university student Kifah Quzmar, in his final year studying business administration at Bir Zeit University, launched a hunger strike on Sunday, March 26 in Ashkelon prison, where he is held shackled and remains under interrogation.

Quzmar, a popular, well-known student, was seized by Israeli occupation forces on March 7 at the Karameh/Allenby crossing from Jordan as he returned from travel. After denying that he was in their custody for several days, he was then denied access to a lawyer for 19 days. His lawyer, Anan Odeh, was finally allowed to see him on Sunday, March 26, when his detention was extended by an Israeli military court for eight more days. Odeh reports that his morale and commitment are high and that he is determined to achieve his freedom.

No charges or allegations have been made against Quzmar. On March 26, he reportedly demanded that he be charged with something or released. Instead, his interrogation was extended for eight additional days. He has been transferred to four separate prisons and interrogation centers during his confinement and has been kept almost continuously shackled throughout that time, subject to “severe and continuous pressure.” In response, he launched a hunger strike demanding his release.

Stand with Quzmar to demand that Israel release him and all 7,000 Palestinian political prisoners immediately, and that Hewlett Packard companies end their contracts with Israeli prisons and detention centers, occupation and security forces, and checkpoints and settlements  now.