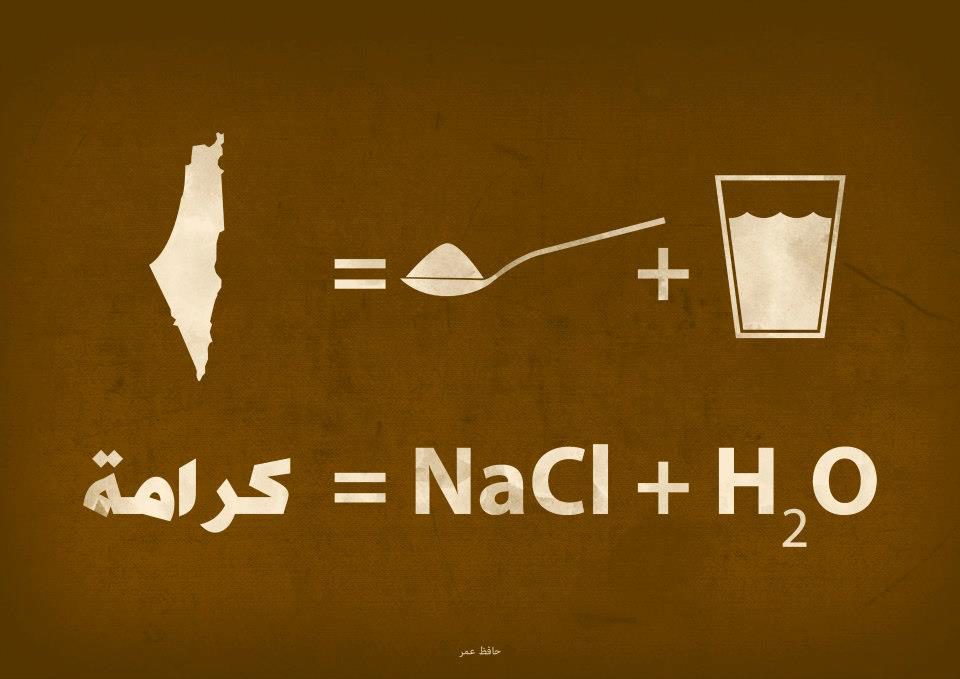 Palestinian hunger strikers are demanding the implementation of basic human rights, including an end to the denial of family visits, appropriate medical care and treatment, the right to continue their education, and an end to solitary confinement and administrative detention, imprisonment without charge or trial.

The accession of these leading prisoners to the hunger strike was announced in a major press conference held by all Palestinian factions jointly and simultaneously in Ramallah and in Gaza City, at which a statement was issued detailing the collective commitment to escalate the hunger strike at this time, in response to the “war against the hunger striking prisoners.”

On the same morning that Sa’adat joined the strike, the Handala Center for Prisoners and Former prisoners confirmed that he had been approached by Israeli intelligence in prison to negotiate on behalf of the prisoners, and that he refused to do so, emphasizing his full commitment to the demands of the prisoners and the recognition of the agreed-upon leadership of the strike, without substitution or replacement.  Various prisoners have reported attempts by the Israeli prison administration to exclude Marwan Barghouthi, identified as the representative of Fateh prisoners when they launched the strike, from negotiations.

Other prisoners also reported attempts to break the strike by engaging in separate negotiations; Abdel-Majid Shadid and Nabil Harb reported that the Israeli prison administration in Ramon and Nafha prisons had attempted to strike a separate agreement with striking prisoners to remove those prisons from the growing strike, a move that was refused by the prisoners.

The announcement of the new prisoners joining the strike was followed by a large rally of thousands in Ramallah, held near the statue of Nelson Mandela. At the strike, Fadwa Barghouthi, Palestinian lawyer and the wife of imprisoned strike leader Marwan Barghouthi, read a statement to the rally and the world from her husband.

“I am addressing you from solitary confinement, among thousands of prisoners and on their behalf, and among hundreds of prisoners who have decided to launch this hunger strike for freedom and dignity that will continue till their legitimate demands are met.

Israel can not silence us, nor isolate us, nor break us. Our will is solid and unshaken, and the occupation tested it time and time again and was unable to subdue or subjugate us and we continued to rebel against our captivity and attempts to humiliate us…

We are confident that the loyalty of the prisoners to their people and their country will be met with loyalty and that this battle is part and parcel of the battle of our people for freedom and dignity. We shall meet soon, in freedom.” Full statement at link.

Since the strike was launched on 17 April, Palestinian prisoners engaged in the strike have faced intense repression. Strikers have been denied family and legal visits, transferred repeatedly from prison to prison, had their personal belongings and clothing confiscated, denied access to the “canteen” or prison store and denied or limited access to recreation, among other forms of repression and repeated night raids with harassment and physical abuse. The abusive transfers – especially difficult for prisoners who are in their third week of consuming only salt and water – continued on Thursday morning as 41 strikers in Ashkelon prison were transferred to Ohli Kedar prison.

After a hearing on Wednesday in the Israeli Supreme Court in response to a petition filed by Adalah and the Prisoners’ Affairs Commission, legal visits will reportedly begin on Thursday afternoon for Palestinian prisoners, as the practice of barring legal visits for all hunger strikers was once again noted to be illegal. However, these legal visits are taking place under severe restrictions and limitations that continue to violate prisoners’ rights to access lawyers. Addameer Prisoner Support and Human Rights Association reported that “the petition was approved by the court allowing three attorneys to visit, where each attorney gets to visit two hunger strikers only, that is after getting the approval of the Israeli Prison Service (IPS).”  It was also noted that the Israeli Prison Service created a list of lawyers who are “allowed” to visit the hunger strikers.

Aside from a very few visits to strikers in Ofer and Ashkelon prisons, no hunger strikers had been successfully visited by a lawyer since 17 April. On 4 May,  Palestinian lawyer Tamim Younes reported in Ma’an News that he held a legal visit with Karim Younes, a Palestinian citizen of Israel who has been held for 34 years in Israeli prisons and a strike leader held in isolation in Jalameh prison. Younes reported that Karim Younes emphasized that he remains in high spirits and that no serious negotiations had taken place with the prisoners’ leadership. He noted that despite being held with Marwan Barghouthi in isolation in Jalameh he had been forbidden to see him since being transferred there. Karim Younes emphasized the importance of Palestinian, Arab and international support for the strike, saying that it gives the strikers strength and determination to withstand the challenge. Following the legal visit, however, Younes was then reportedly transferred to isolation in Ramle Ayalon prison.

As the strike expanded, Asra Voice reported that – as threatened by far-right Israeli security minister Gilad Erdan – section 25 within the Negev desert prison is reportedly being transformed into a “field hospital” for the transfer of hunger strikers facing deteriorating health conditions, rather than transferring them to Israeli hospitals. Asra Voice reported that the Israeli prison administration intends to handle the strike internally, which places the health of the strikers even more severely at risk. Palestinian hunger strikers are threatened with force-feeding, especially if they are held in a prison “field hospital” rather than at civilian hospitals where medical staff have reportedly refused in the past to engage in nasogastric forced feeding. Palestinian hunger strikers have been subjected during previous hunger strikes to forcible treatment against their will, in violation of international medical ethics principles.  However, Israeli hospitals also reported a nationwide alert to begin preparations to receive hunger strikers.

The International Committee of the Red Cross spoke out on the issue of the denial of communications, including family visits and legal visits, for Palestinian prisoners on hunger strike, as well as the ongoing issue of denial of family visits, one of the major issues at hand in the prisoners’ hunger strike. The ICRC pointed out that under the Fourth Geneva Convention, it is Israel’s responsibility to facilitate family visits and to stop the punitive denial of family visits. It also underlined that the imprisonment of Palestinians inside Israel (in occupied Palestine ’48) violates the Fourth Geneva Convention.

On Wednesday, 3 May, three Palestinian prisoners who had been part of the strike from its beginning on 17 April were released: Awad Qureia from Yatta, Atef Alqar from Beit Fajjar and Anas al-Harash from Reihiya. All three vowed to continue their hunger strike outside prison until the prisoners achieve victory.  Fellow released prisoner Fakhri Barghouthi also continued his support strike for the fourth consecutive day.  He noted that his son is a prisoner and that he himself spent 34 years in Israeli prisons, and is committed to continue the strike until victory.

Palestinian and international actions continued in support of the hunger strikers, with events, actions and demonstrations throughout Palestine as well as solidarity strikes. Palestinian artists and cultural workers issued a call for a 24-hour hunger strike.

to refugees and volunteers in a refugee camp on the island of Samos, Greece:

1) Organize or join an event in support of the hunger strikers. Protest outside your local Israeli embassy, consulate or mission, or at a public square or government building. You can drop a banner or put up a table to support the prisoners and their strike. See the list of current international events here, and add your own: send your events and actions to us at samidoun@samidoun.net, on Facebook, or use the form to tell us about your actions. Building this strong list of actions around the world will help to underline the global support for Palestinian political prisoners in their struggle for freedom, and the struggle of the Palestinian people for liberation. You can download flyers and posters for your events to support the prisoners among our resources.

2) Hunger Strike for Justice! Join the Palestinian hunger strikers to support their demands with a symbolic one-day hunger strike in your community or on your campus. Tell us about your solidarity strike at samidoun@samidoun.net, on Facebook, or use the form.

3) Call your government officials and demand action.  Call your foreign affairs officials – and members of parliament – and urge action for the Palestinian prisoners on hunger strike.

Tell your government: Palestinian prisoners are on hunger strike for their basic human rights – for family visits, medical care, and freedom from imprisonment without charge or trial. Governments must pressure Israel to recognize the prisoners’ demands!

5) Build the Boycott, Divestment and Sanctions Campaign! Join the BDS Movement to highlight the complicity of corporations like Hewlett-Packard and the continuing involvement of G4S in Israeli policing and prisons. Build a campaign to boycott Israeli goods, impose a military embargo on Israel, or organize around the academic and cultural boycott of Israel.