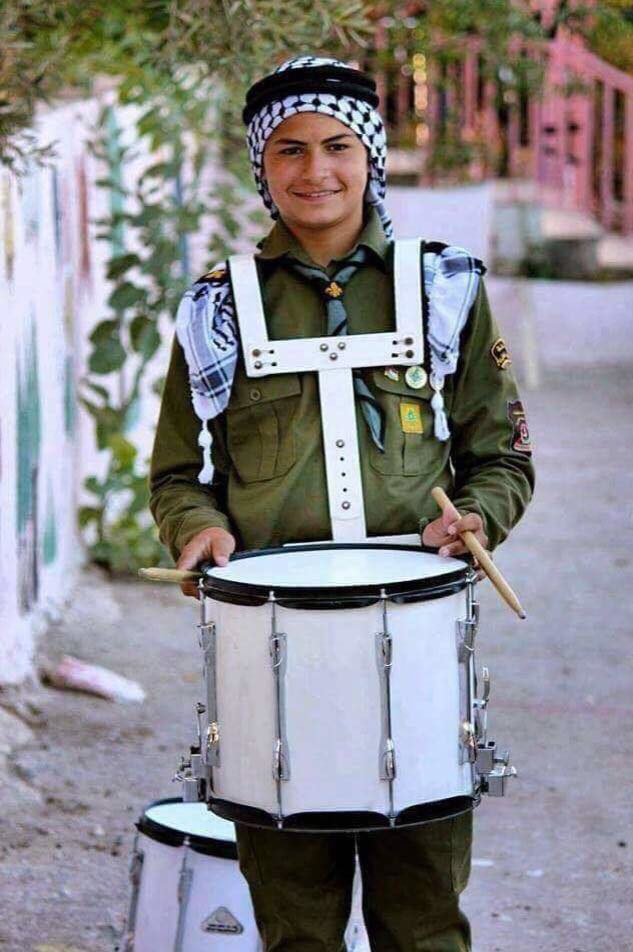 Palestinian teen organizer Hassan Abu Rish was seized in the early-morning hours of Monday, 21 August by Israeli occupation forces who invaded his family home in the Jerusalem village of Ezzariyeh. Hassan, who is 16 years old, is active in the Nabed (“Pulse”) youth forum in his village; Nabed is a social and cultural forum and group for Palestinian youth looking toward social change, justice and liberation from occupation, colonialism and apartheid.

Hassan has been very concerned by the plight of Palestinian political prisoners and interested in raising the profile of imprisoned Palestinians – especially youth – on an international level. His family has been touched by imprisonment before, as his brother has been jailed three times by Israeli occupation forces. He also plays drums with the Scouts Youth Club of Ezzariyeh.

Hassan was among 25 Palestinians seized in mass arrest raids conducted by Israeli occupation forces in the pre-dawn hours on Monday, 21 August. Ma’an News reported that there is a biweekly average of 85 search and detention raids carried out by occupation forces according to the United Nations. These raids are often heavily violent and involve massive weaponry, home invasions, ransacking of belongings and explosions of doors, and often target children like Hassan.

Samidoun Palestinian Prisoner Solidarity Network demands the immediate release of Hassan Abu Rish and all of the hundreds of Palestinian children held in Israeli jails alongside the freedom of all Palestinian political prisoners. We urge protest and action around the world to support Hassan and his fellow Palestinian children threatened daily with imprisonment and even death for their struggle to survive, thrive, learn and grow freely on their colonized and occupied land.