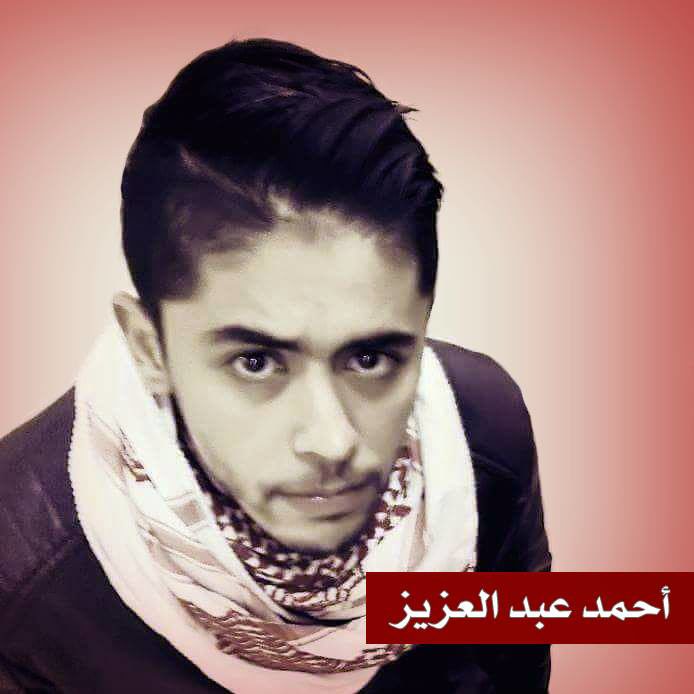 Palestinian youth activist Ahmed Abdel-Aziz has been detained by Palestinian Authority security forces since Monday, 21 August; on Thursday, 24 August, his detention was extended for 15 days pending interrogation. Abdel-Aziz’s case is only the latest in a series of attacks on Palestinian freedom of expression at the hands of the Palestinian Authority under the so-called “Electronic Crimes Law;” he is reportedly being detained for his critical Facebook posts about PA officials.

Abdel-Aziz and other young Palestinians have been pursued by the PA for posting in opposition to ongoing PA security coordination with Israel and PA corruption and concessions to the Israeli occupation. His lawyer, Taha Hussein, told Quds News that he has dealt with several similar issues recently, indicating the frequency of arrests for posting on Facebook and other social media services.

Even Amnesty International has joined the denunciation of the law created by decree of PA president Mahmoud Abbas, due to its use against journalists and writers. Zaher al-Shammali and Nassar Jaradat were subject to detention for Facebook posts critical of PA officials, and Palestinian-American activist Mashal Alkouk was detained for several days earlier this week, also in the context of the law. A number of journalists have been interrogated and detained for publishing critical material about the PA as well.

The “Electronic Crimes Law” has been widely condemned by political parties and organizations throughout occupied Palestine.  The PA law, which attempts to criminalize Palestinian political expression on Facebook and in the media, comes alongside systematic Israeli attacks on Palestinian expression, including the persecution of hundreds of Palestinians for their posts on social media and the jailing of teens, journalists and elders in Israeli occupation prisons.

The “Electronic Crimes Law” goes so far as to threaten sentences of hard labor against people convicted of committing “offenses” with the “purpose of disturbing public order…or harming national unity.” Addameer Prisoner Support and Human Rights Association has published a lengthy analysis of the dangers posed by the law.

Samidoun Palestinian Prisoner Solidarity Network strongly denounces the arrest of Ahmed Abdel-Aziz and demands his immediate release and the release of all political detainees. In addition, we join and support the Palestinian calls to cancel the dangerous and unlawful “Electronic Crimes Law” and the ongoing attacks on Palestinian websites, journalists and activists. This law is particularly chilling in light of the ongoing Israeli targeting of Palestinian journalists, writers and organizers for expressing their opinion on social media and the context of PA security coordination with the Israeli occupation.