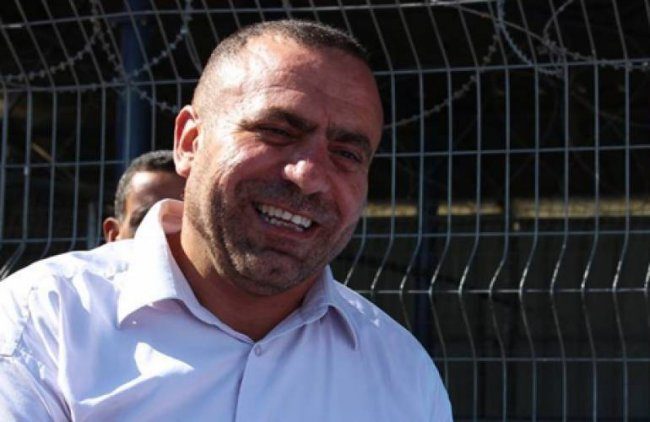 Qa’adan, 45, was seized after a 1:30 am raid on his home in the town of Arrabeh, south of Jenin. Occupation forces ransacked his home and interrogated him on the spot before seizing him. He has spent over 10 years in Israeli prions in previous detentions – mostly imprisoned without charge or trial – and is related to many other current and former prisoners; his sister, Mona Qa’adan, is also a freed prisoner and prominent activist.

Khader Adnan, prominent former prisoner and long-term hunger striker, said that evidence indicates that the Israeli occupation intends to transfer Qa’adan to administrative detention, imprisonment without charge or trial. He said that he is confident that imprisonment will not break Qa’adan’s will, and that “he adheres firmly to the defense of the Palestinian cause and homeland, even when the price is his freedom.”

The Islamic Jihad movement issued a statement on the detention of Qa’adan, saying that “this unjust detention…comes amid a wave of targeting and escalation by the occupation against the movement and our steadfast people…Our people have known him as a solid national leader who defends the rights of his people and the fundamentals of his cause. He is known for his positive and strong relationships with all political and national forces and their leaders, who has spent long years in detention in the occupation prisons and a hero of the battles of the open hunger strike.”

This was followed on Tuesday morning, 14 November, by raids across the occupied Palestinian West Bank in which Israeli occupation forces seized 18 Palestinians. In Deir Abu Mashaal village west of Ramallah, occupation fores once again engaged in collective punishment of Palestinian families. They stormed the home of the family of Baraa Saleh Atta, killed by occupation forces after he participated in an armed action in which several Israeli police were killed. They confiscated tens of thousands of shekels from the village and arrested Baraa’s brother Nidal. The stolen funds are those that were raised to help support the families of the three young men, whose homes were sealed off and demolished by occupation forces; the Israeli occupation accused that these funds were “supporting terrorism.”

They also raided the towns of Qabatiya, Zababdeh and Maysaloon near Jenin, while in Tulkarem, they seized former prisoner Muath Jaroun, ransacking his home. They also stationed themselves once again at Kadoorie University, where the presence of armed Israeli occupation forces has become a regular threat and barrier to education for Palestinian students.