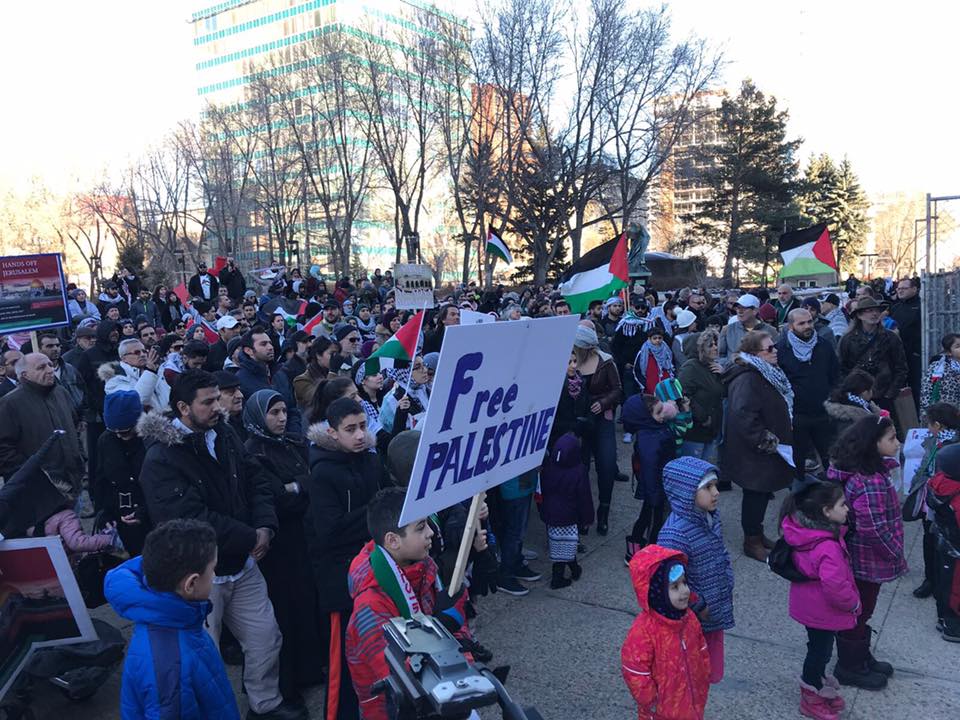 The Palestinian community in Edmonton, Alberta organized a demonstration that drew hundreds of participants to the grounds of the Alberta Legislature in protest of the declaration of U.S. President Donald Trump regarding Jerusalem. Under the slogan of “Hands off Jerusalem,” the Canada Palestine Cultural Association brought together Palestinians and supporters of Palestine to stand in solidarity with the liberation movement.

A number of speakers at the event expressed their complete rejection of Trump’s declaration and demanded the Canadian government take meaningful action against the U.S. and Israeli blatant violations of international law. They highlighted Canada’s recent votes – alongside only five other countries including the U.S. and Israel – at the United Nations that spurn international law in defense of the occupation state. 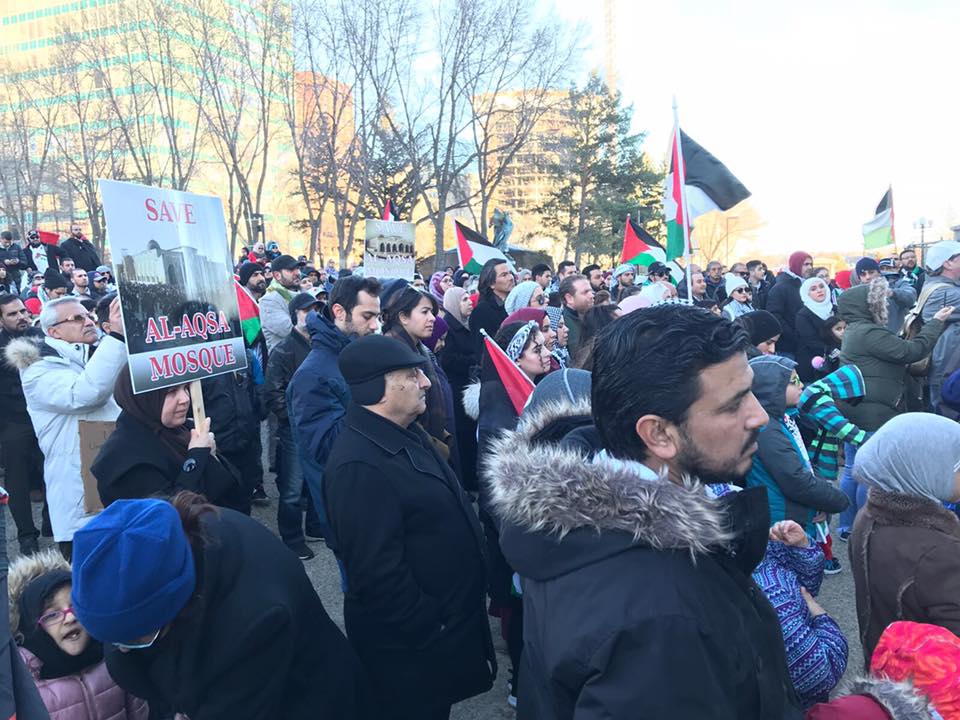 Speakers highlighted Canada’s own status as a settler-colonial state and the ongoing crimes and genocide against indigenous people, while others noted the long history of official Canadian support for the Israeli state at the expense of the Palestinian people.

Dr. Ghada Ageel spoke at the event, highlighting in clear statistics the ongoing violation of Palestinian rights in Jerusalem, including the 14,000 Palestinians stripped of their residency cards and the 20,000 homes demolished inside the occupied city. She drew attention to the fact that 10 December also marked Human Rights Day, urging real action for Palestinian human rights. 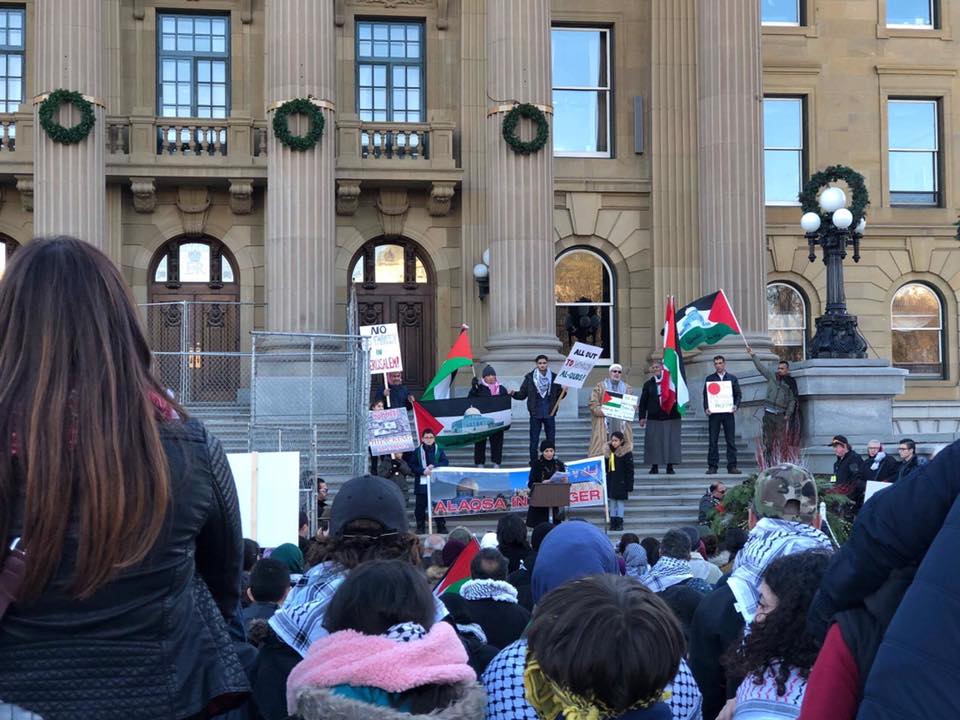 Rod Loyola, a Member of the Legislative Assembly in Alberta representing Edmonton-Ellerslie, spoke at the event, highlighting the Canadian position on Palestine and the need for real support for Palestinian rights, while Peggy Morton spoke on behalf of ECAWAR, the Edmonton Coalition Against War and Racism, likening Trump’s declaration to a new Balfour declaration, to be met with fierce Palestinian resistance.

Other speakers included Paula Kirman of Independent Jewish Voices, Donna Entz of the Mennonite Church and Jeff Winkelaar of the Palestine Solidarity Network as well as two imams from Al-Rashid Mosque, the oldest mosque in North America.

She denounced Canadian policy on Palestine, noting that it reflects a settler-colonial contempt for the rights of indigenous people and highlighted the attempts to criminalize and intimidate BDS organizing in Canada as well as votes at the United Nations that back up Israeli violations. She emphasized the importance of the growing movement to boycott Israel and BDS campaigns, including those targeting complicit corporations like HP and G4S that profit from the colonization of Palestine and Israeli apartheid.