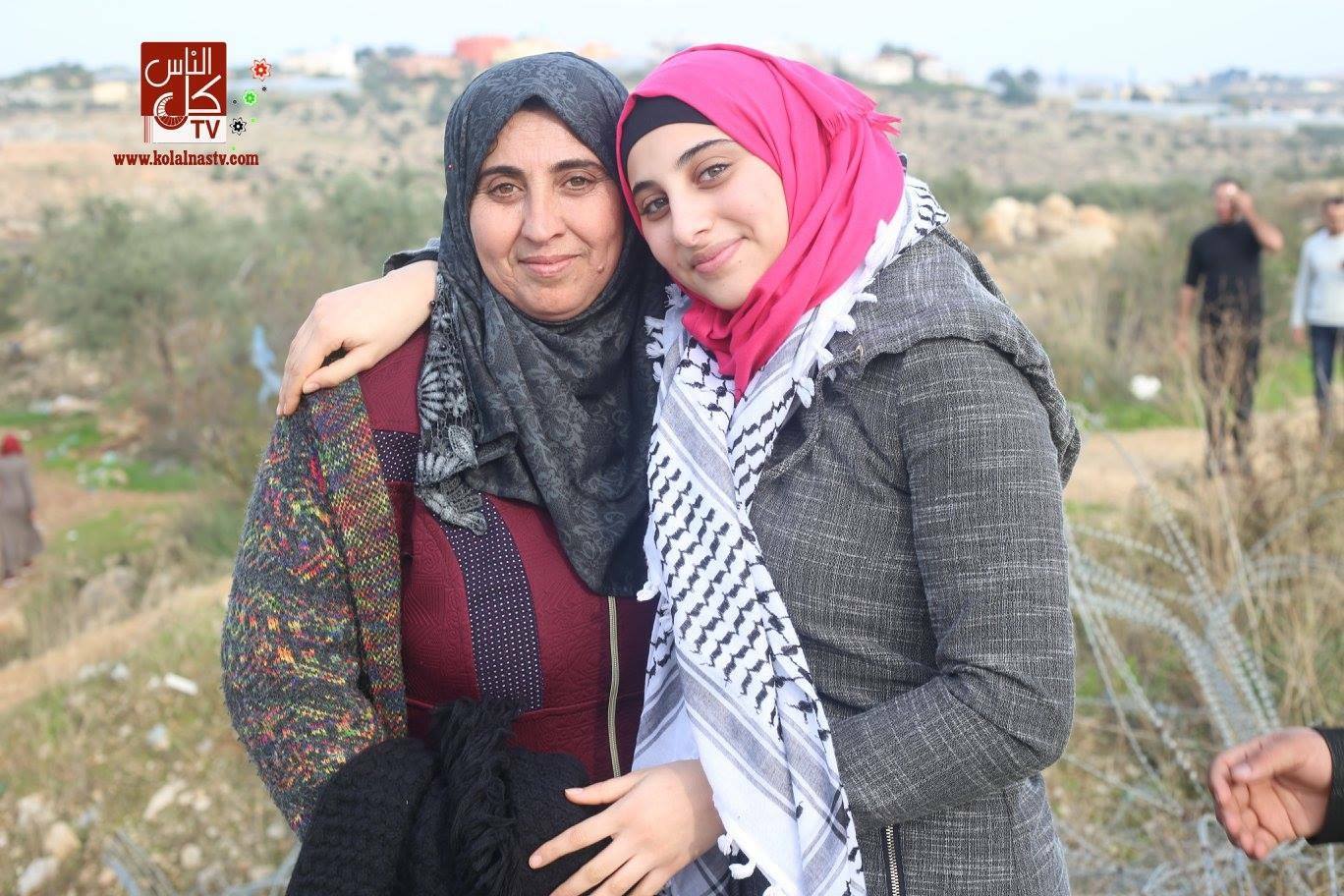 Palestinian child prisoner Amal Qabaha, 17, from the village of Umm al-Rayhan southwest of Jenin, was released from Israeli occupation prisons on 11 January 2018, after completing her 1 1/2 year sentence in Israeli jails.

She was seized on 14 August 2016 at a checkpoint by occupation forces and accused of intending to stab a soldier, because she was accused having a knife in her possession. Her village of Umm al-Rayhan is isolated behind the separation wall, near the town of Yaabad.

Amal’s family said that she was seized and targeted because she verbally challenged a soldier at the checkpoint who was abusing and shouting at the Palestinian civilians lined up there, after which she was pulled out of the line, her hands bound and transferred to interrogation.

She had 12 hearings before the Salem Military Court and was jailed in HaSharon prison with women prisoners and her fellow imprisoned Palestinian girls.

Upon her release, Amal spoke with Asra Voice Radio, emphasizing the importance of the experience of the “flowers,” the minor girls held captive in Israeli jails. She said that the girls put together a magazine to increase cultural awareness to distribute to their fellow prisoners, emphasizing the suffering of women prisoners and educating them through the exchange of scientific and literary information.

Amal also said that with every prisoner liberated, the story of the flowers comes to light. She noted that Khalida Jarrar, the imprisoned Palestinian parliamentarian, leftist and feminist leader, works especially hard to teach and support the minor girls, taking care of them and following up on their lives as well as focusing on their education.

She emphasized the dire humanitarian situation of women prisoners, especially those who are suffering from a lack of medical treatment alongside serious repression, as well as the prisoners’ demand for appropriate medical treatment and their fundamental calls for Palestinian national unity and the freedom for all prisoners in occupation prisons.