The International League of Peoples’ Struggle (ILPS) is an anti-imperialist and democratic formation that promotes, supports and develops the anti-imperialist and democratic struggles of the peoples of the world against imperialism and all reaction. It brings together organizations in struggle from around the world to build mutual solidarity and joint struggle. Samidoun Palestinian Prisoner Solidarity Network is an ILPS member organization and Mohammed Khatib,  Samidoun’s Europe coordinator, is a member of its International Coordinating Committee. The ILPS’ Commission 3 issued the following statement, calling on ILPS members and supporters to participate in the days of action to free Ahed Tamimi and Palestinian prisoners. Posters by ILPS can be downloaded and used at events and actions for the Palestinian prisoners: 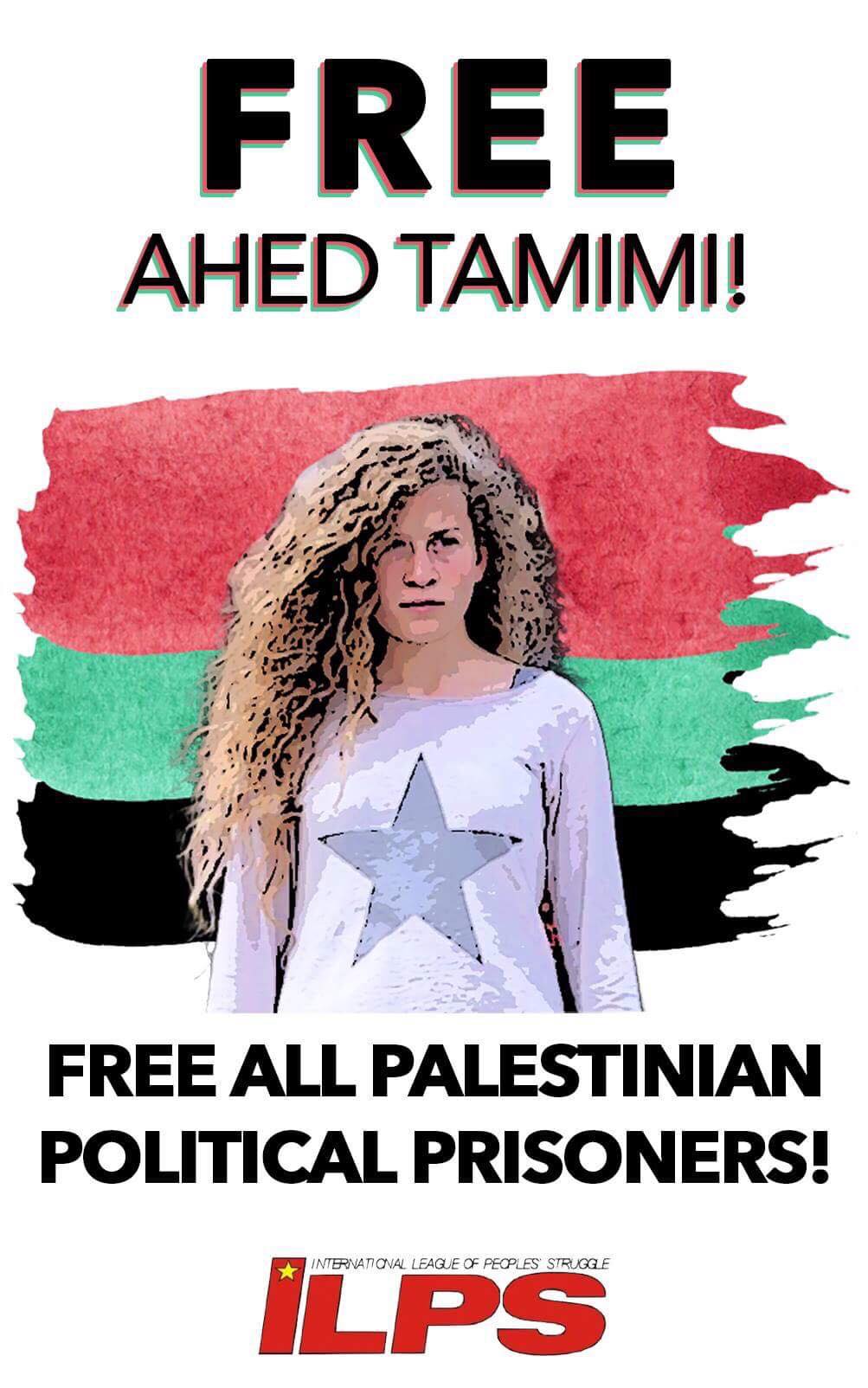 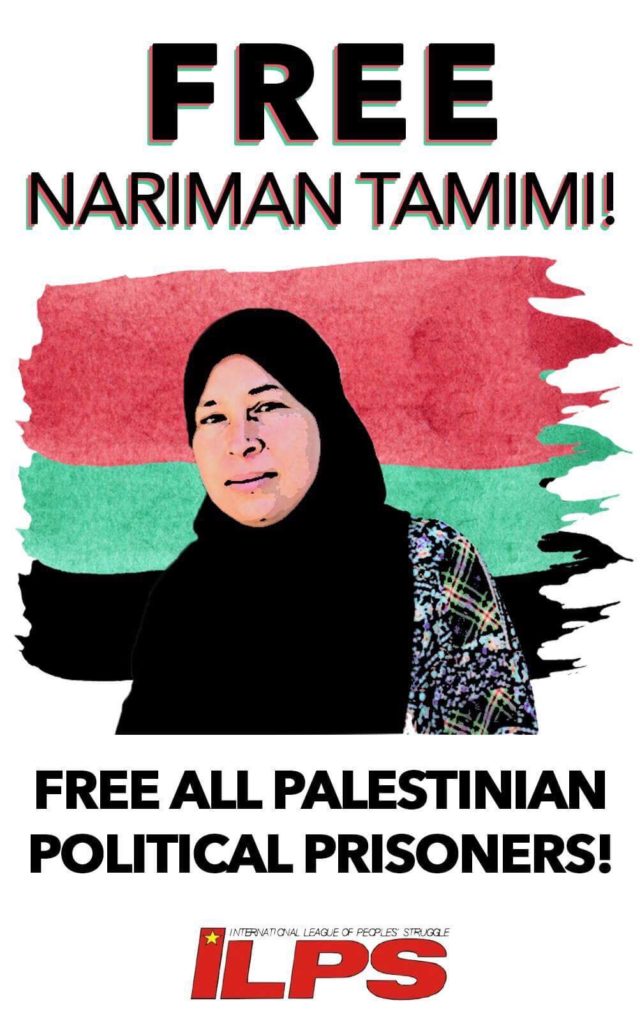 End the Zionist occupation and military operations in Palestinian lands!

We, members of the Commission 3 of the International League of Peoples’ Struggle, vehemently condemn the illegal arrest, torture and continuing detention of Ahed Tamimi and Nariman Tamimi, as we call for their immediate release and the release of all Palestinian political prisoners.

Since December 19, 2017, 16-year old Palestinian activist Ahed Tamimi has been detained in Israel on trumped up charges, after a video taken by her mother, Nariman, went viral, showing how Ahed expressed resistance to soldiers entering their house. Ahed is facing twelve charges, while her mother was charged and detained for posting the video. Ahed has been denied bail as an Israeli military court judge said that she is dangerous and the weight of her offenses “does not allow an alternative to custody.” She and her mother are facing lengthy prison time, possibly up to 14 years. According to their legal counsel, the two have endured extensive and aggressive sessions of interrogations and that the interrogators threatened her family’s safety.

Ahed, Nariman and the Tamimi family have been targeted by the Israeli occupation forces for their anti-colonial resistance in the village of 600 Palestinians in Nabi Saleh, a site of long-term organizing and struggle against the confiscation of their land by the illegal Zionist settlement of Halamish. Clearly, the arrests of Ahed and Nariman are attempts of the Zionist Israeli government to quell Palestinian organizing and resistance.

Ahed is among the 360 children jailed in Israeli prisons. Many other Palestinian children are detained in Israeli prisons, experiencing torture, solitary confinement, denial of access to their families or lawyers and other human rights violations. On January 16, 13-year old Razan Abu Sal, a Palestinian youth refugee, was sentenced by an Israeli military court to four months in prison and a fine of $800. Razan, like many of the imprisoned Palestinian children, was accused of throwing stones at soldiers.

These children prisoners are among the 6,200 Palestinian political prisoners in Israeli prisons. With the official support from the United States government of the status of Jerusalem as capital of Israel, these violations have worsened. US Pres. Donald Trump’s latest decision has emboldened the Zionist Israeli occupation forces under the Netanyahu regime to intensify their military operations and crimes against the Palestinian people.

We call for the immediate release of Ahed and Nariman Tamimi and all Palestinian political prisoners. We call on all member organizations of the ILPS, people’s organizations and human rights activists to continue their support the Palestinian people in their just struggle against the Zionist occupation of Palestine.