Palestinian grassroots activist Wael al-Faqeeh, a coordinator at the Tanweer Forum in Nablus who frequently works with international solidarity activists, was seized in the early morning hours of Thursday, 28 June 2018 by Israeli occupation forces. Al-Faqeeh is the latest in a series of popular resistance organizers to be targeted by the Israeli occupation for arrest and imprisonment.

He is a long time civil society leader in Nablus who has been arrested on multiple occasions for his work in land defense and supporting popular struggle against settlements and Israeli occupation and colonization. Recently, he has been working with Tanweer to support local women’s cooperatives growing za’atar in the villages around Nablus, helping to support land cultivation by Palestinians and supporting women’s economic independence.

This video from 2010 by Anna Baltzer describes Wael’s work, for which he continues to be attacked:

He was reportedly taken to Megiddo prison after being seized from his home in a night raid. This is the fourth time he has been arrested; he has spent several years in Israeli prison over multiple arrests and was released for the last time in February 2017 after serving a sentence of over one year. Many of his friends and comrades around the world have shared their outrage on social media about his arrest and are demanding his immediate release. Several of his friends have also expressed that Wael has been by the bedside of his best friend, who is receiving treatment for cancer, and that this arrest is also an attack on his family and friends who rely on his support and involvement.

In Britain, members of the Public and Commercial Services Union went out on Whitehall to demand the freedom of Wael al-Faqeeh, and others are organizing internationally to build solidarity for his release.

Samidoun Palestinian Prisoner Solidarity Network demands the immediate release of Wael al-Faqeeh. His arrest comes amid the ongoing targeting of grassroots Palestinian organizers defending the land and confronting colonization, from the repeatedly renewed administrative detention of Abdel-Razzaq Farraj of the Union of Agricultural Work Committees to the imprisonment of Ahed Tamimi, Nariman Tamimi and almost 20 of their family members for organizing to defend the land and people of Nabi Saleh from Israeli occupation.

We urge supporters of Palestine around the world to protest and organize for Wael’s release and that of his fellow prisoners. This includes escalating the campaign for boycott, divestment and sanctions against Israel at the economic, cultural, academic, sports and other levels. Freedom for Wael al-Faqeeh and all Palestinian prisoners! 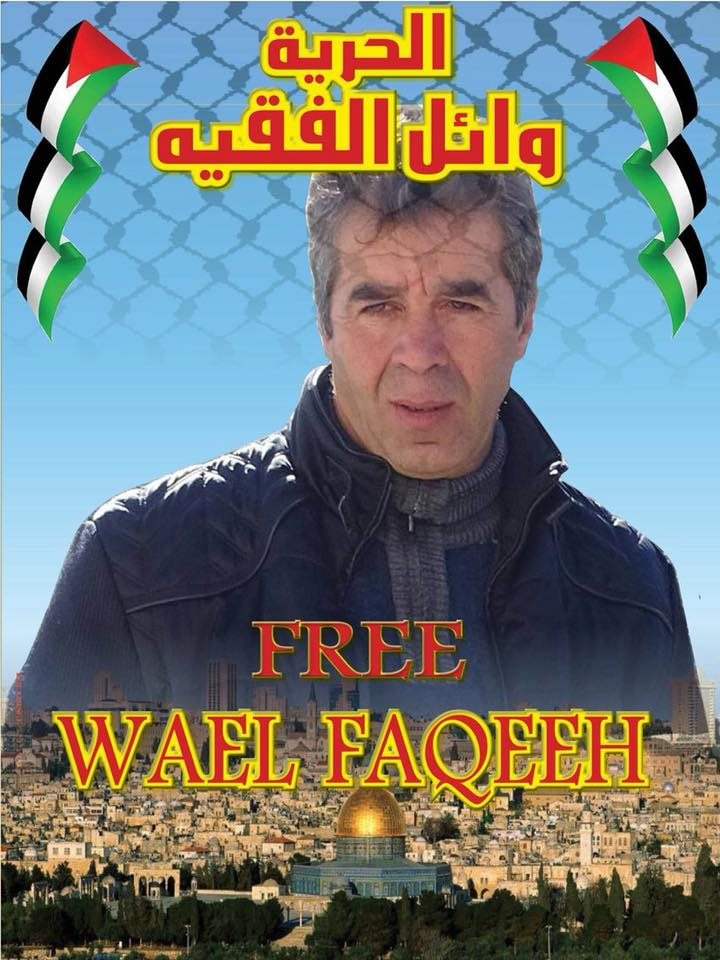