Home Events 24 November, Manchester: all Out for Palestine: End UK Support for Israel’s... 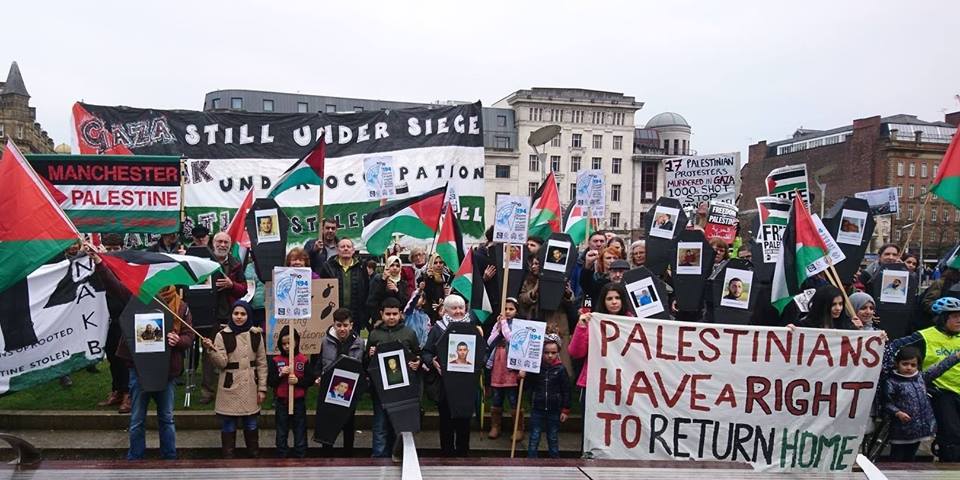 Stand with Palestine in Manchester
Stop the Bombing and the Massacres in Gaza
UK: Stop Arming Israel

After killing 220 Palestinian unarmed protesters during the Gaza Freedom march Israel is once again massacring people in Gaza with massive bombardments and destruction. At least 12 more Palestinians have been murdered in the last two days, many more injured and homes destroyed.

We cannot let our high street banks profit from their investments in companies serving Israel’s massacres of the Palestinians. An entire people, a population that is mostly children, are being brutalised while the UK’s weapons companies and the investment bankers rub their hands at the joy of profit from mass murder.