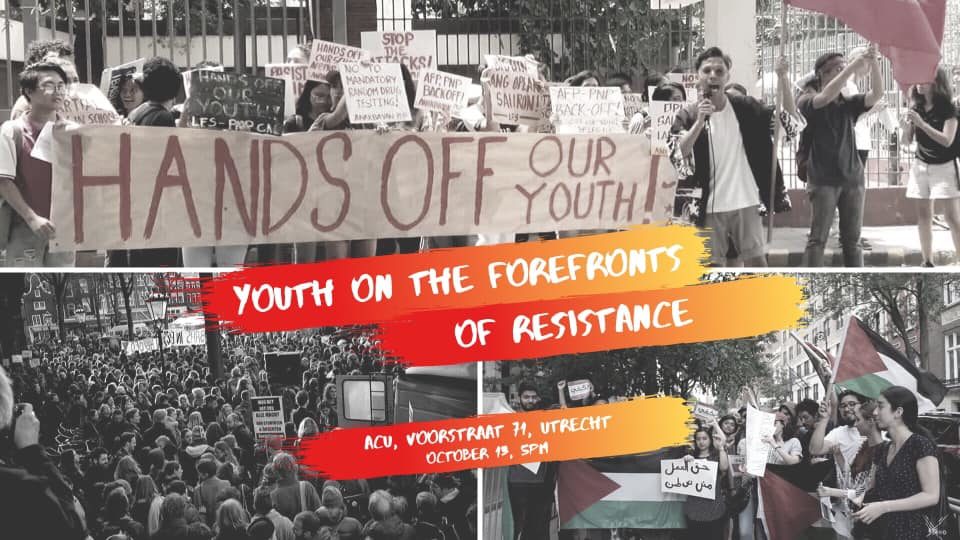 Around the world a new youth movement is emerging, fighting for climate justice. Youth have always played a central role in changing society, from civil rights to national liberation movements. Beyond the youth school strikes, what is the current situation regarding student and youth movements? On October 13th, join us for a special event at The Barricade with speakers from student/youth movements in Palestine, the Philippines and the Netherlands.

While the new school term has started in the Netherlands, students and youth of oppressed nations are facing ever-increasing repression for mobilizing and struggling for a brighter future.

> In Palestine, September saw a spike in the number of student activists imprisoned, most of them leading movements on their campuses. Systematic imprisonment campaigns have long been a tool of the Zionist occupation to attempt to subdue resistance.

> In The Philippines, black propaganda against students, youth and organizations critical of Duterte intensified, along with detention of members and organizers, all part of the larger counter-insurgency against the National Democratic revolution.

> The last big student movement in the Netherlands, the Maagdenhuis occupation ended with students being dragged out by the police following a court order, many mobilizations since have been met with state violence.

How has international solidarity played a role in such struggles against oppression? What role can you play? We invite you to learn, engage and stand in solidarity with those who are sacrificing their freedom in their struggle for justice and liberation.

Schedule will be posted soon.