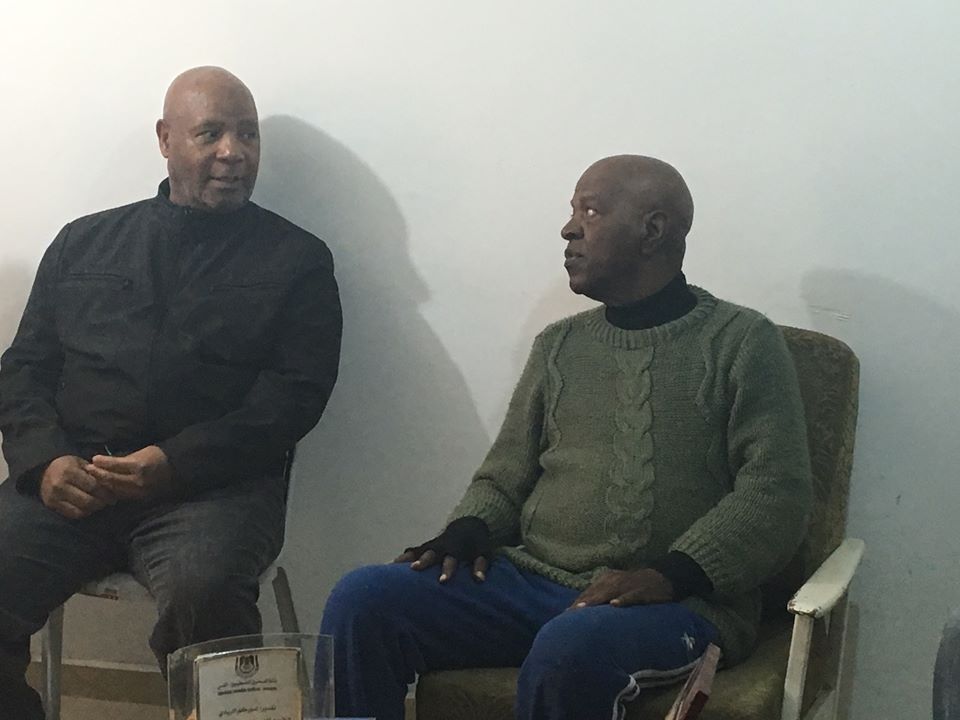 In March 2016, the first US Prisoner, Academic and Labor Delegation to Palestine was hosted by the Afro-Palestinian Community Center in the Old City of Jerusalem, in the African Neighborhood, a few feet from the Aqsa Mosque.

Part and parcel of Palestinian social fabric that go back to the 7th centutry, Afro-Palestinian have and continue to play a major role in the Palestinian anti-colonial resistance movement.

We will screen a video of Ali Jiddah, freed Palestinian prisoner and co-founder of the Afro-Palestinian Community Center. The screening will be followed by a roundtable table discussion with Emory Douglas, the former Minister of Information of the Black Panthers Party and Arts editor of the Black Panthers newspaper. Professors Jamal Dajani and Rabab Abdulhadi will co-moderate and bring in their intellectual expertise and lived experiences growing up under Israeli occupation.

Professor Jamal Dajani is a Jerusalemite whose family hails several generations. Professor Rabab Abdulhadi has been collaborating with members of the Afro-Palestinian community and has interviewed the late Fatima Bernawi, the first Palestinian woman to be arrested by the Israeli military after the 1967 occupation of the remaining Palestinian lands.

For more information see the statement of the 2016 US Prisoner, Academic and Labor Solidarity https://samidoun.net/2016/04/on-palestinian-prisoners-day-anti-prison-labor-academic-delegation-takes-stand-against-israeli-state-violence-affirms-solidarity-with-palestinian-people/