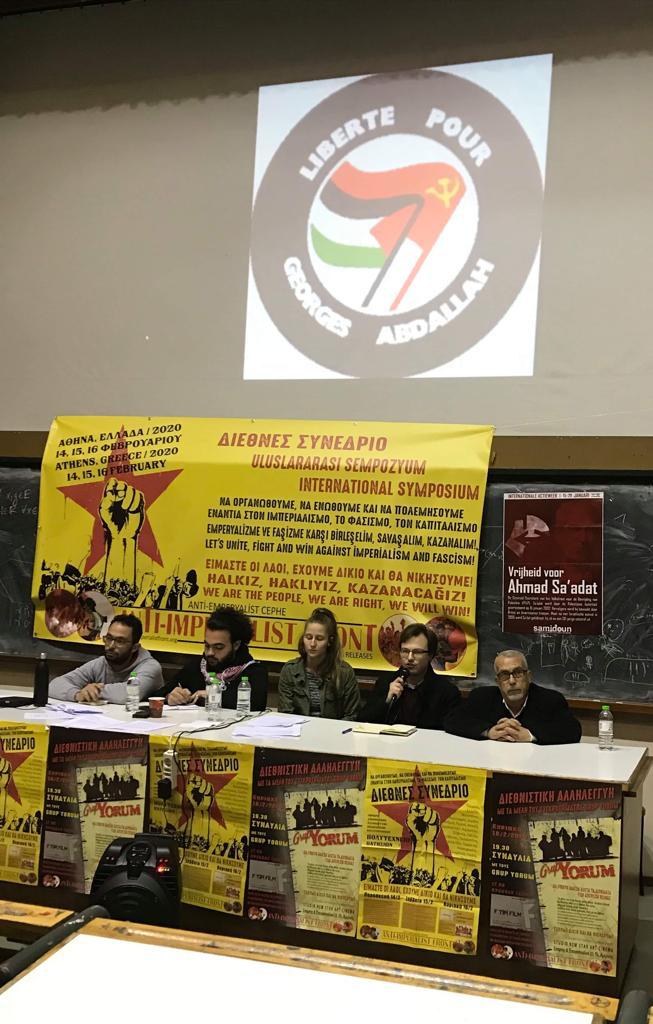 Samidoun Palestinian Prisoner Solidarity Network is proud to have participated in the Anti-Imperialist Front’s symposium from 14-16 February 2020 in Athens, Greece.

Samidoun activists from Greece and the Netherlands participated in the symposium, together with representatives from anti-imperialist organizations from more than twenty countries, including Turkey, Lebanon, Ireland and the Philippines.

The Samidoun participants spoke about the popular and massive Palestinian rejection of Trump and Netanyahu’s “Steal of the Century,” which was revealed at the end of January this year. They stressed that this “war plan” is a colonial plan to further exploit and oppress the Palestinian people and their land. Palestinians all over the world have responded by protesting for the liberation of Palestine and the right of return. 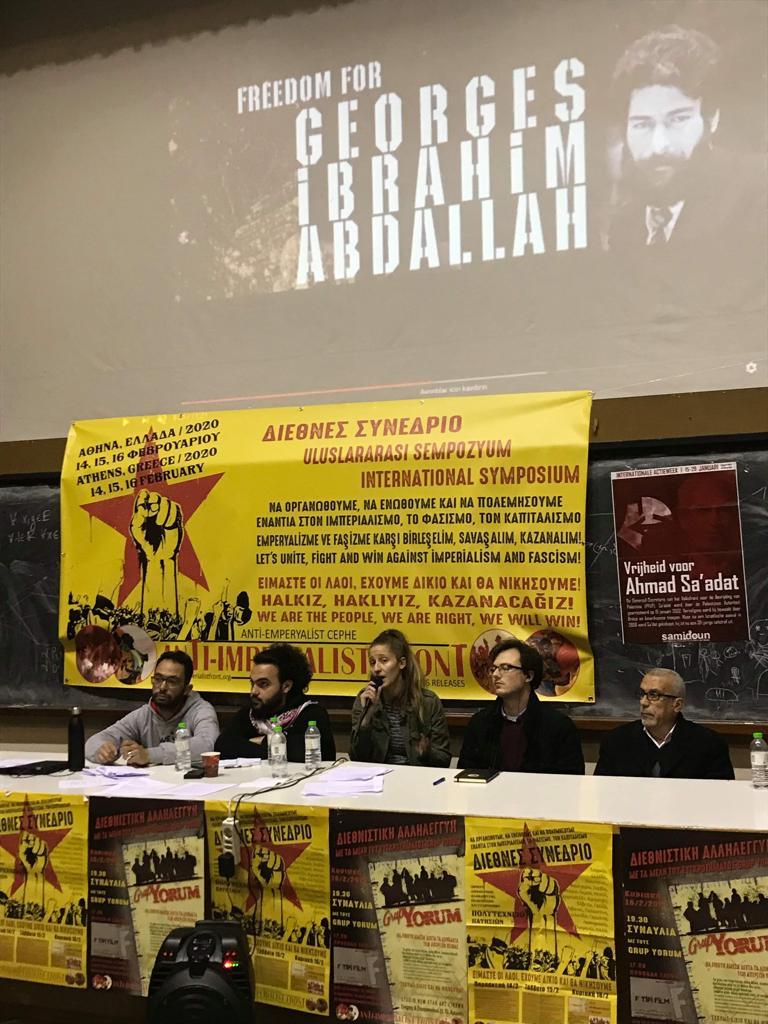 They also called for the widest support for the campaign to free Georges Ibrahim Abdallah, the Lebanese communist struggler for Palestine who has been imprisoned by France for over 35 years. He is eligible for release since 1999 but the French state refuses to release him.

Samidoun highlighted the struggle of prisoners in Palestine, especially Ahmad Sa’adat, Khalida Jarrar and the student prisoners. Over the last months, dozens of students have been arrested by Israeli occupation forces. They have been severely tortured during their interrogation, as is shown in the cases of Mays Abu Ghosh and Tareq Matar. 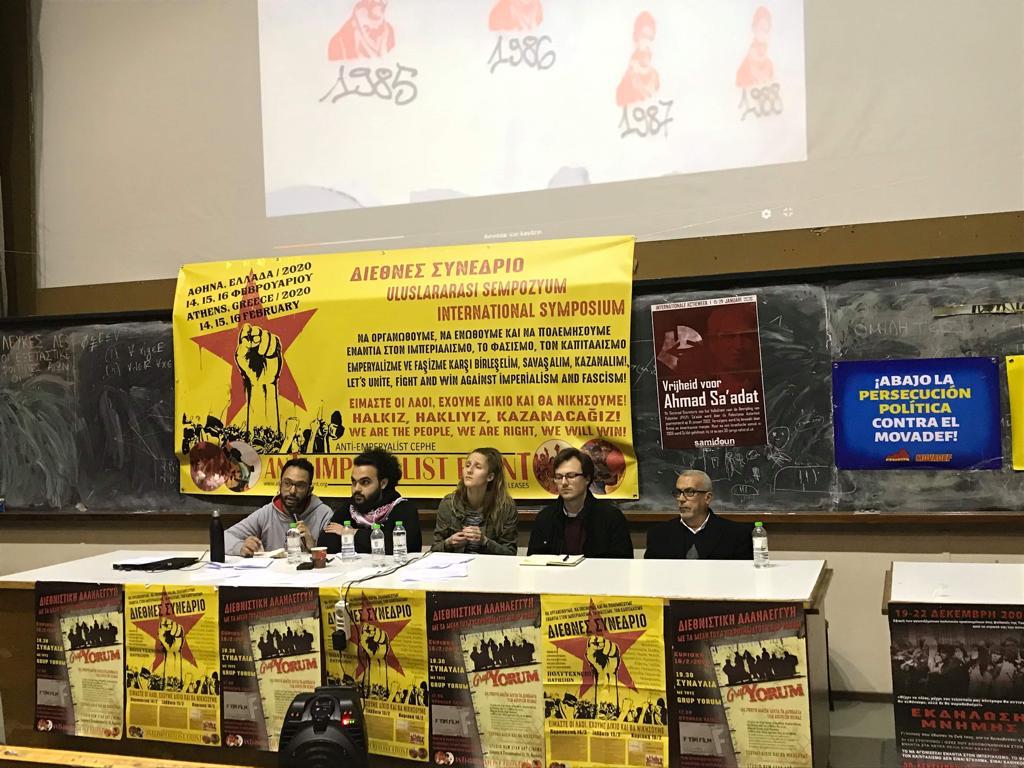 They also pointed to the long tradition of international solidarity from and with the Palestinian prisoners. Especially their historic connection with the Irish republican prisoners will never be forgotten and continues to inspire political prisoners around the world.

Finally, the Samidoun delegation stressed the importance of building strong resistance against the recent gas deal between the Greek, Cypriot and Israeli governments. This deal enables for stolen Palestinian gas to be sold to Europe by constructing a pipeline through Cyprus and Greece. Approximately 10% of European gas will come from Palestine. Europe will literally warm itself with the blood of the Palestinian people. 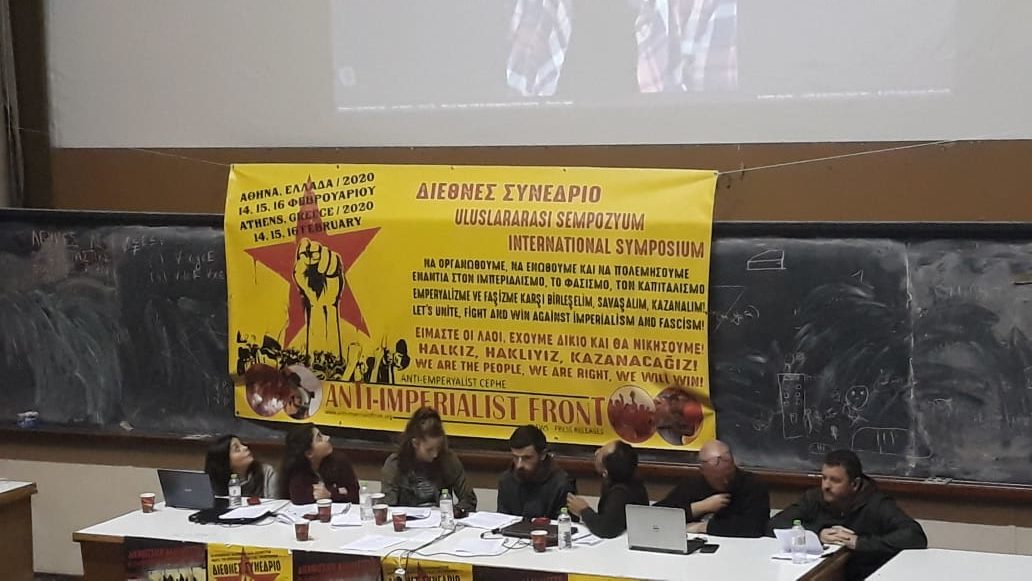 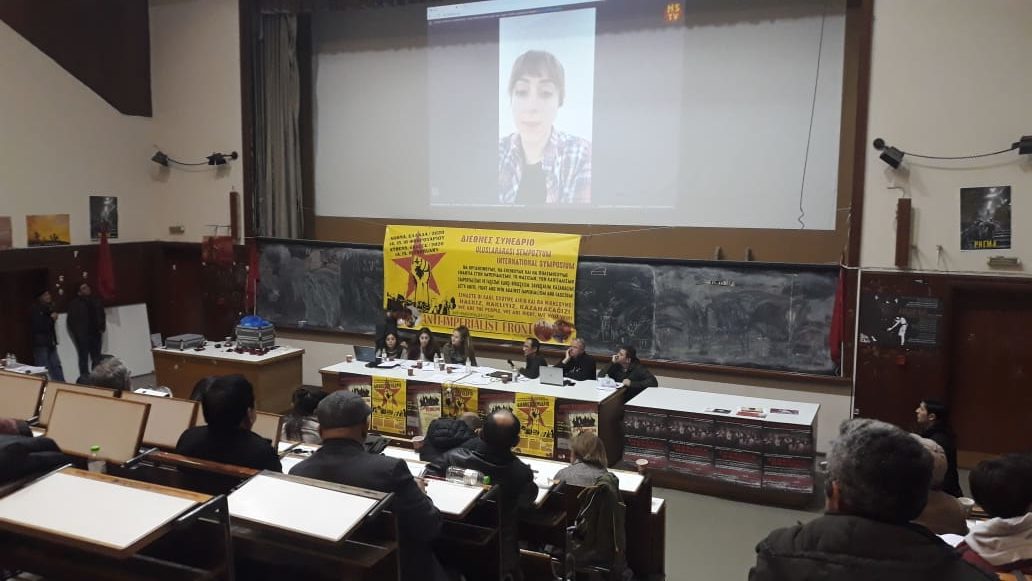