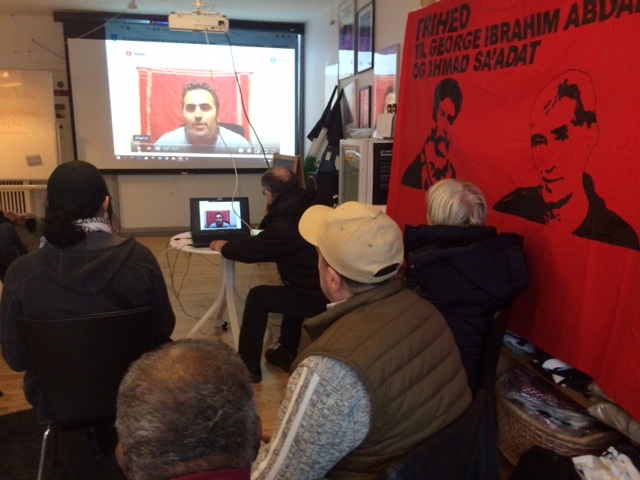 The event began with a short introduction on the importance of solidarity with political prisoners as a part of the anti-imperialist struggle. Internationalt Forum activists also discussed the cases of Sa’adat and Abdallah, providing details of their lives, their struggle and their continued activity behind bars. 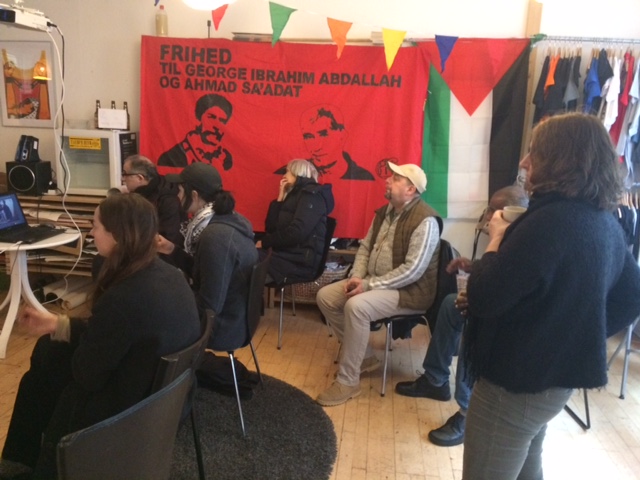 Khaled Barakat, the coordinator of the Campaign to Free Ahmad Sa’adat, presented a video message discussing the Palestinian and international liberation struggles and the importance of the political prisoners. Two more films on the life and imprisonment of Sa’adat and Abdallah were also screened.

Participants engaged in a lively discussion about how best to build international solidarity with the prisoners. At the conclusion of the event, participants were invited to join Boykot Israel in an action on Saturday, 7 March at 1 pm in Norreport in central Copenhagen to promote the economic, academic and cultural boycott of Israel, as well as the anti-imperialist International Women’s Day event that will take place the same evening in Norrebro, Copenhagen. The event will celebrate Palestinian women’s anti-imperialist struggle against Israeli occupation and apartheid and support a women’s project in Gaza; it is organized by Internationalt Forum, Boykot Israel, Palestina Aktion, Konfront and other organizations. 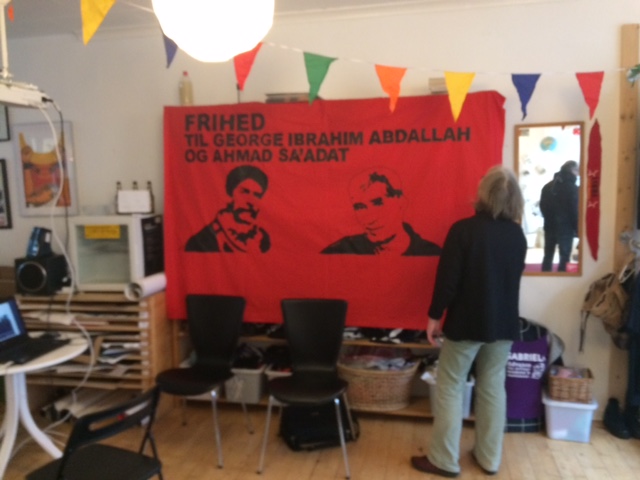