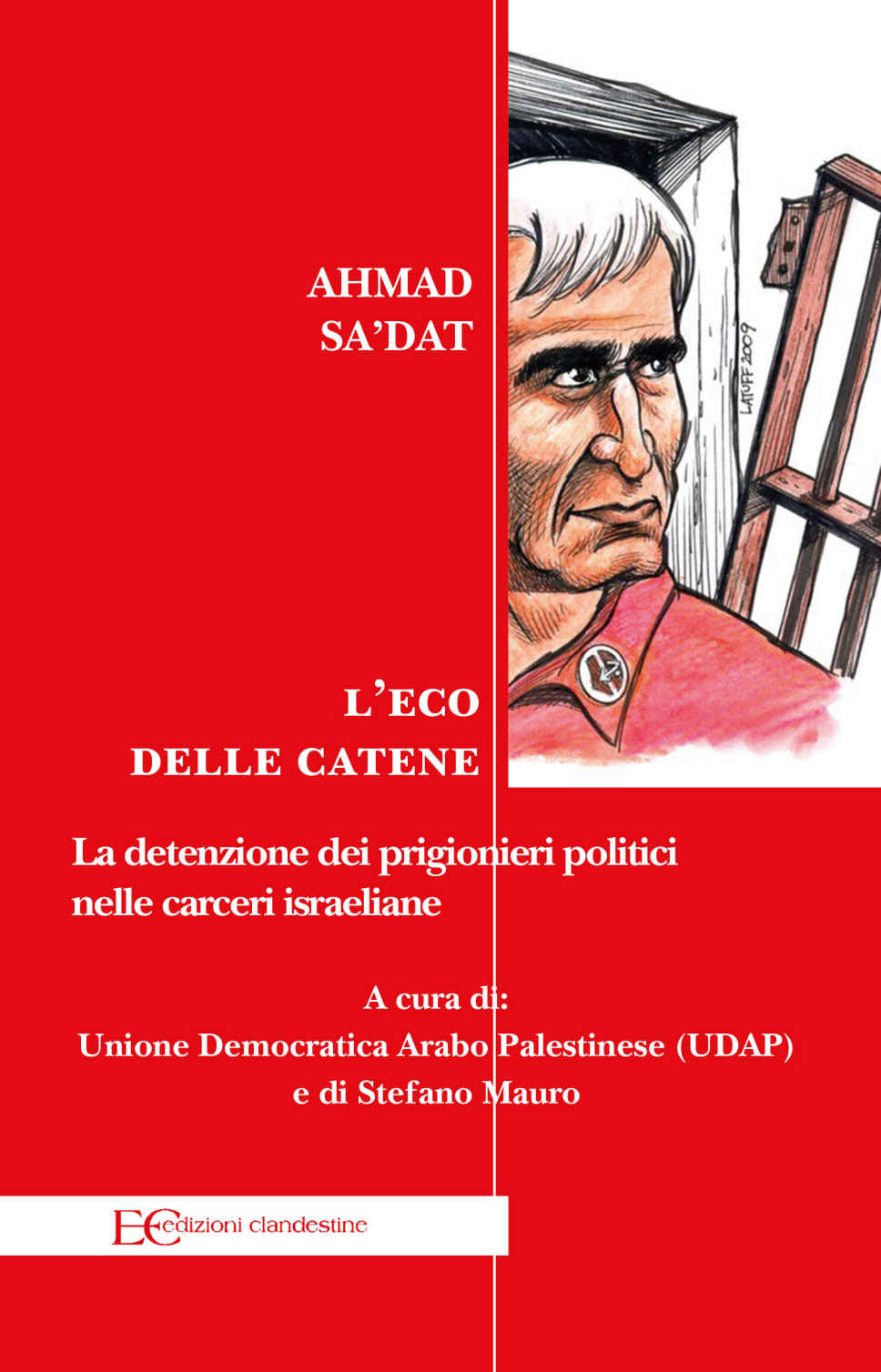 A new Italian-language translation of “Echoes of the Chains,” the book written by imprisoned Palestinian leader Ahmad Sa’adat, the General Secretary of the Popular Front for the Liberation of Palestine, inside Israeli jails has been released by publishing house Edizioni Clandestine. The book features a foreword by fellow imprisoned Palestinian leftist leader and feminist Khalida Jarrar.

The Italian translation of the book was prepared by UDAP, the Arab Palestinian Democratic Union in Italy, and journalist Stefano Mauro. The 176-page book is available for sale for 11.40 EUR and the launch was planned to coincide with the week of action for Palestinian prisoners. A Kindle edition is also available for online download for 5 EUR.

In a statement, UDAP expressed its thanks to Al-Farabi publishing house in Beirut, the original publishers of the Arabic edition of the book, as well as progressive cartoonist Carlos Latuff, who created the cover image as part of the Campaign to Free Ahmad Sa’adat. UDAP noted that the proceeds from the book will be used to support the prisoners’ steadfastness and campaigns for their freedom.

The Arab Palestinian Democratic Union in Italy is a political and cultural association that works to promote leftist and progressive thought on Arab and international issues, particularly the Palestinian cause. Stefano Mauro is a journalist on issues in the Arab world and the surrounding region, incuding Morocco. He has published several books, including a 2018 work on the Popular Front for the Liberation of Palestine.

Sa’adat is well-known as a leader of the Palestinian revolutionary left and the Palestinian national liberation movement as a whole. Sa’adat’s case epitomizes the colonial nature of Israeli imprisonment that aims to target the legitimate leadership of the Palestinian people, and his boycott of the Zionist military courts reflects his principled commitment to reject colonization in all forms.

To read more details about Ahmad Sa’adat and his role in the Palestinian prisoners’ movement, see the Samidoun summary: https://samidoun.net/2020/04/free-ahmad-saadat-imprisoned-leader-of-the-palestinian-liberation-movement/ and the Campaign to Free Ahmad Sa’adat: https://freeahmadsaadat.org/