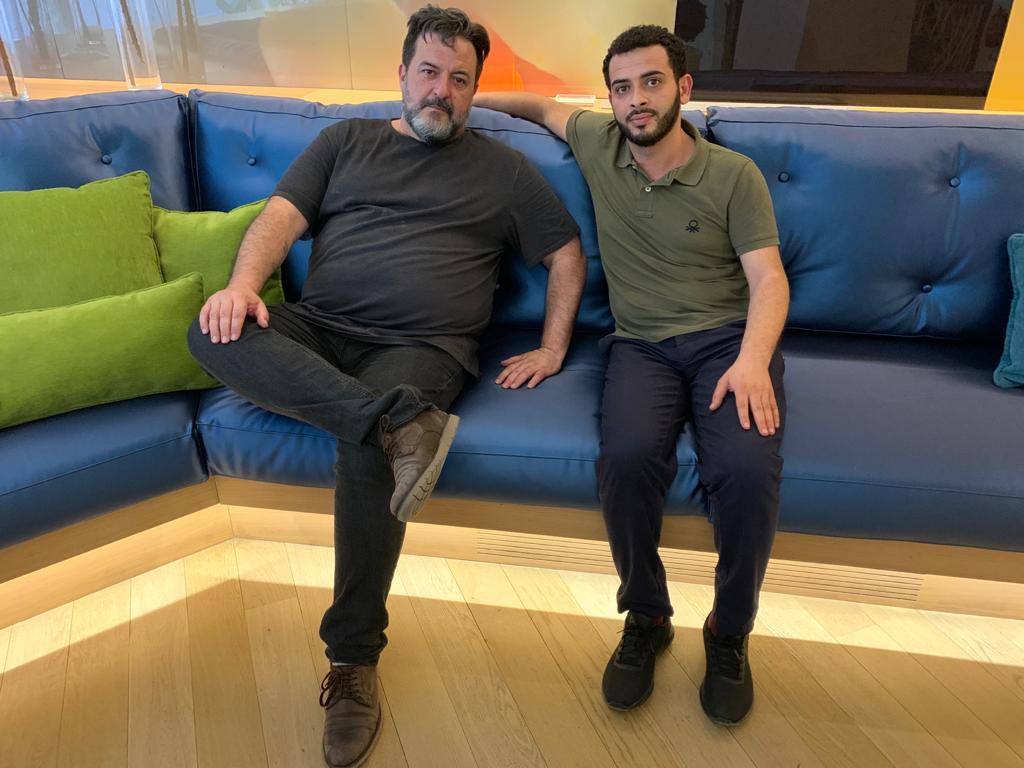 On Tuesday, 30 June, Mohammed Khatib, Europe coordinator of the Samidoun Palestinian Prisoner Solidarity Network, met in Madrid, Spain, with Manu Pineda, Member of European Parliament for Izquierda Unida (the United Left) and Chair of the European Parliament’s Delegation for Relations with Palestine. The meeting was also attended by Jaldia Abubakra, feminist and community activist with Alkarama Palestinian Women’s Movement, and Majid Dibsi, journalist and Palestinian community leader in Spain.

The Palestinian delegation congratulated Pineda on his consistent stand and vigorous advocacy to defend Palestinian rights at the European and international level, including urging the liberation of Palestinian political prisoners and calling for an arms embargo, the expulsion of Israel from EU programs and an end to the EU-Israel Association Agreement in response to annexation, colonization and the ongoing war crimes and crimes against humanity targeting the Palestinian people.

They also praised Pineda’s advocacy for Palestinian rights inside Europe as well, despite vicious attacks from Zionist organizations and the Israeli state. For example, Pineda hosted Khaled Barakat, Palestinian writer, for a conference on the political ban imposed on him in Germany. Zionist groups and Israel’s “Ministry of Strategic Affairs” – the anti-BDS ministry charged with suppressing Palestine solidarity internationally – engaged in a failed attempt to bar Barakat from the parliament and attack Pineda’s role in organizing the event.

Mohammed Khatib discussed Samidoun’s activities to confront the annexation plan, emphasizing the importance of clear voices from European left parties not only in condemning this latest attack but in opposing the entire Zionist settler colonial project in Palestine. He emphasized that as part of the settler colonial project, this is the latest effort to escalate attacks on the Palestinian people, forcing Palestinians from their land and plundering their resources.

He also emphasized the struggle of Palestinian prisoners inside Israeli jails, noting that there are nearly 5,000 imprisoned Palestinians, including nearly 500 jailed without charge or trial under administrative detention and almost 200 imprisoned children. He discussed the escalating attack on Palestinian student organizers and the ongoing arrests targeting student council and student bloc members at Bir Zeit University and other universities throughout occupied Palestine. 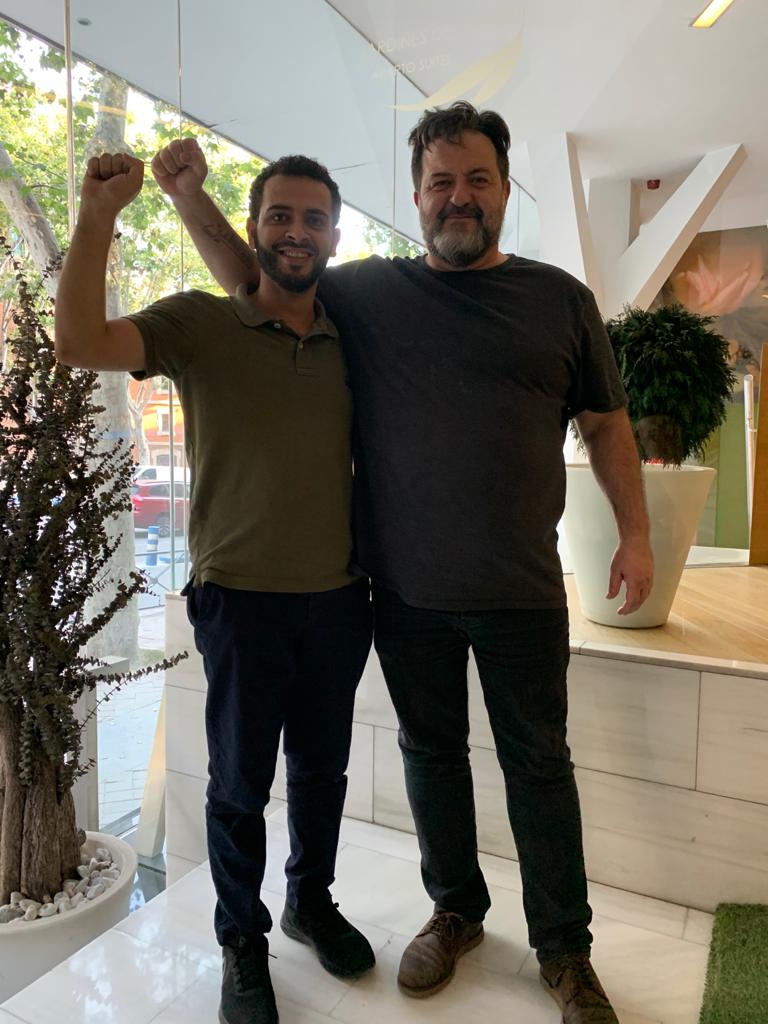 They continued the conversation by discussing the situation of Palestinian and Arab prisoners in the jails of Arab reactionary regimes, especially those engaged in normalization with Israel, noting that the intensification of normalization campaigns has been accompanied by escalating repression targeting Palestinians and Arab activists for Palestine, such as in Egypt, Jordan, Saudi Arabia and Morocco.

They discussed the case of Ramy Shaath and the imprisonment of boycott movement activists – in this case, the coordinator of BDS Egypt – simultaneous with Egypt’s normalization with Israel, as well as the case of the five young men in Jordan criminalized for alleged involvement with the Palestinian resistance, including one who is already imprisoned in Israeli jails. Khatib noted that Samidoun views these prisoners as an essential part of the Palestinian liberation movement.

Khatib noted that these EU conditional funding guidelines – broadly rejected by The Palestinian National Campaign to Reject Conditional Funding aim to reshape Palestinian politics and organizations to meet what are, essentially, Israeli occupation demands, at the same time that the EU continues to fund and support Israeli projects tied directly to the Israeli military and intelligence agencies actively engaged in war crimes and crimes against humanity targeting the Palestinian people. He also noted that the Israeli attempts to target, smear and isolate Palestinian organizations at the European level are combined with direct repression inside Palestine. Civil society leaders like Abdel-Razzaq Farraj and most recently, Salah Hamouri, a French-Palestinian lawyer, are subjected to arbitrary imprisonment, often administrative detention without charge or trial.

Khatib emphasized the need for a strategy to confront EU complicity with these Israeli attacks on Palestinian civil society and defend these organizations working under very difficult conditions of occupation, apartheid and siege.