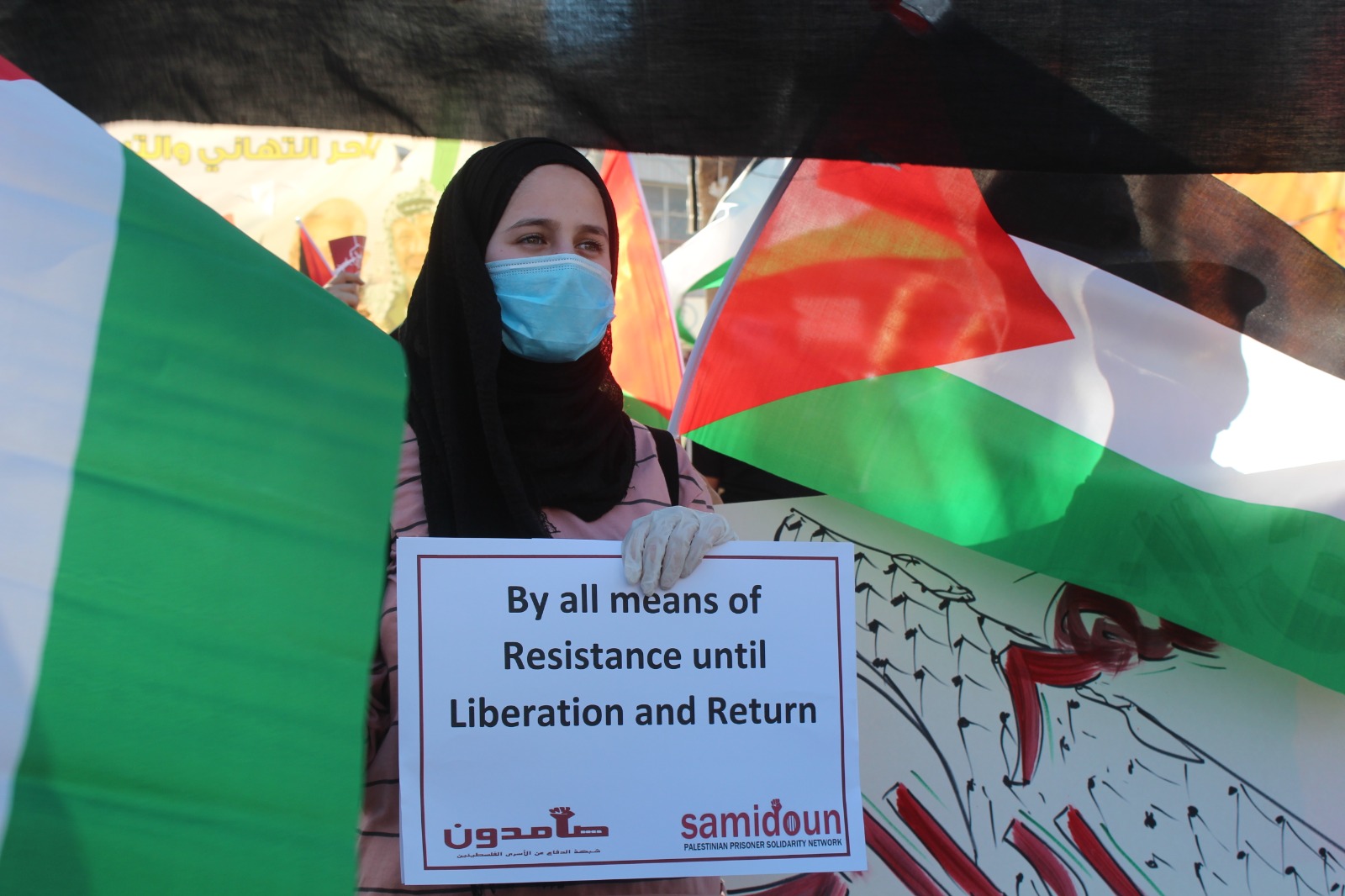 Samidoun Palestinian Prisoner Solidarity Network calls on all Arab and international organizations and movements to support and defend the Palestinian student movement, which is being subjected to an ongoing Zionist campaign of daily mass arrests that has affected hundreds of Palestinian students, particularly university students and high school students in Jerusalem, the West Bank and throughout occupied Palestine ’48.

The Palestinian student movement is being subjected to a new level of daily crackdowns and arrest campaigns in the past weeks and months, as numerous students have been jailed in Israeli prisons and detention centers, with many transferred to administrative detention, jailed without charge or trial alongside hundreds of Palestinian men and women in Zionist prisons. Administrative detention orders are indefinitely renewable and Palestinians have been jailed for years at a time under these orders, which were first introduced to Palestine by British colonialism. The most fundamental rights of Palestinian students, including their right to education, are under attack.

We call on our members and supporters and all students and youth that support Palestine in the universities and cities around the world to join us in the Days of Resistance on August 7, 8 and 9, to intensify our efforts of struggle and boycott campaigns – including academic boycott campaigns – within Arab, North American, European, Latin American, African, Asian and Australian academic institutions and all universities around the world. On these days of action, we will highlight the daily crimes of Zionist colonialism against Palestinian students inside and outside Israeli jails.

Samidoun extends its salutes of solidarity to all of the injured students in the Gaza Strip. The student movement in Gaza is in the vanguard, valiantly confronting the ongoing siege on Gaza perpetrated by the Israeli occupation with the complicity of the Egyptian regime. The leading role of the student movement in struggle, including in the defense of the Palestinian people and in the Palestinian resistance, remains a major part of all aspects of struggle and popular movements in the Gaza Strip.

Endorse and join the Days of Resistance:https://samidoun.net/2020/07/call-to-action-days-of-resistance-for-palestine-august-7-9-2020/