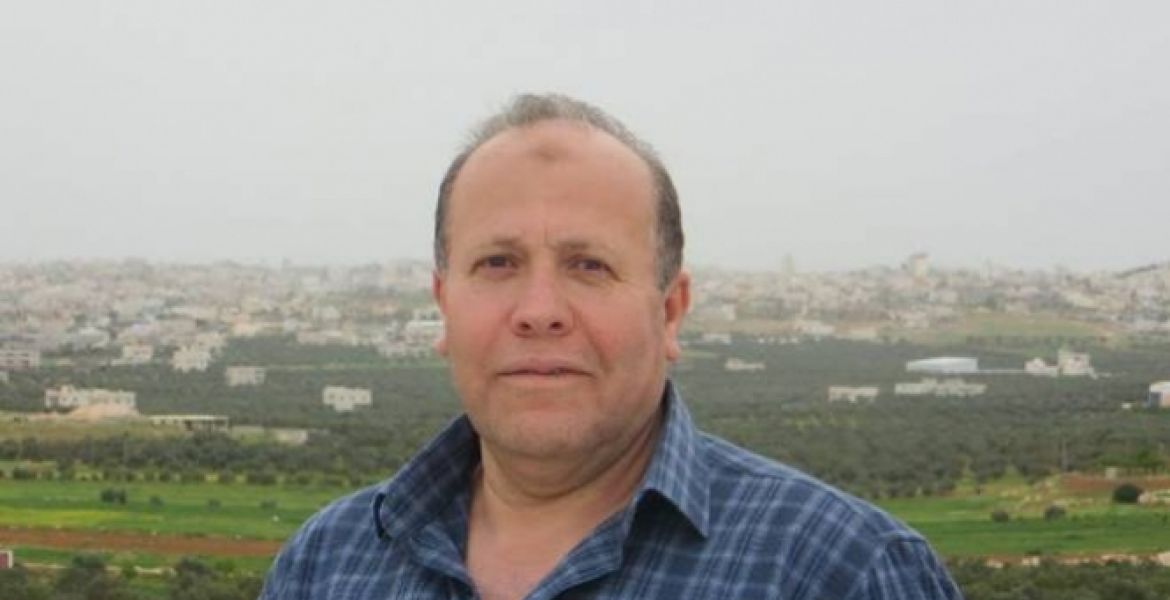 Scientists, academics and scholars issued an international call demanding the release of their colleague, Prof. Imad Barghouthi, an astrophysicist at Al-Quds University in Palestine detained by Israeli occupation forces. Scientists for Palestine launched the petition; the initial signatories include Field Medalist – the equivalent of a Nobel Prize in Mathematics – David Mumford and a number of prominent scholars, including Chandler Davis, Professor of Mathematics, University of Toronto; Thomas Van Riet, Institute for Theoretical Physics, KU Leuven; and David Klein, Professor of Mathematics, California State University Northridge, and Rima Najjar, Retired Professor, AQU, both members of the Organizing Collective of the US Campaign for the Academic and Cultural Boycott of Israel. (The full list of initial signatories is published below.)

The petition notes that “the harassment of Palestinian Scientists is a direct violation of human rights (Universal Declaration of Human Rights, article 27, as well as the International Covenant on Economic, Social and Cultural Rights, article 15), as well as an attack to scholars everywhere.” It highlighted the case of Palestinian researcher Ubai Aboudi, director of the Bisan Center for Research and Development, who remains imprisoned today. “Both Prof. Barghouthi and Mr. Aboudi have worked with S4P on our international meetings and schools in Palestine, and their arrest and detention seriously hinders our work supporting science in Palestine,” noted Scientists for Palestine.

Prof. Barghouthi was seized from an Israeli occupation checkpoint in occupied Anata as he drove home from the university campus. He was brought before an Israeli military court on Thursday, 23 July, where his detention was extended once more until Monday, 27 July. This is not the first time the scientist has been targeted. A former NASA employee who earned his Ph.D. at Utah State University, Barghouthi was held under administrative detention – Israeli imprisonment without charge or trial – for two months in 2014 and was once again detained for six months in 2016. In both cases, his arrest sparked a strong response from the international scientific and academic community to demand his release.

He is threatened once again with administrative detention, arbitrary imprisonment without charge or trial that may be extended indefinitely, or being dragged before a military court with a conviction rate of over 99%. Samidoun Palestinian Prisoner Solidarity Network demands the immediate release of Imad Barghouthi and all detained Palestinian scientists, academics, researchers and students. We urge supporters of justice in Palestine and the right to science everywhere to stand with Imad Barghouthi and join the call for his freedom.

1. Sign the petition organized by Scientists for Palestine to demand freedom for Prof. Imad Barghouthi, and share the petition on social media: https://actionnetwork.org/petitions/demand-an-end-to-the-harassment-of-palestinian-scientists-and-academics-and-an-immediate-release-of-prof-imad-barghouthi/

2. Support the academic boycott of Israel! Palestinians are routinely denied academic freedom, and Palestinian scholars and hundreds of students are targeted for arrest and imprisonment. Israeli academic institutions are deeply complicit in the structures of colonialism that deny Palestinian rights at all levels, from engaging in military research and development to training government officials. Learn more about the academic boycott at USACBI, BACBI, AURDIP and more.

On Thursday, July 16th 2020, Professor Barghouthi, an astrophysicist at the university of Al-Quds [1] in East Jerusalem was detained [2] by Israeli military forces at a military checkpoint outside of Anata while he was travelling from the university campus to his home in Ramallah. He is now being kept in an Israeli detention facility, prohibited from contact with his dear wife and children. No charges have been brought against him and he faces the potential threat of administrative detention. Administrative detention [3], an illegal measure used arbitrarily by the Israeli military forces to detain Palestinians without any charges or trials. If charges were to be placed against him, he would face trial by an Israeli military court, which notoriously has conviction rates of almost 100% [4].

This arrest is not an isolated case. Prof. Barghouthi, one of Palestine’s most prominent scientists, was placed under administrative detention for two months [5] in 2014, and was again detained for six months [6] in 2016. Mr. Ubai Aboudi (a US citizen), the director of the Bisan Center for Research and Development, was abducted from his home in November 2019 and placed in administrative detention. He remains in prison to this day. Both Prof. Barghouthi and Mr. Aboudi have worked with S4P on our international meetings and schools in Palestine, and their arrest and detention seriously hinders our work supporting science in Palestine.

The harassment of Palestinian Scientists is a direct violation of human rights (Universal Declaration of Human Rights [7], article 27, as well as the International Covenant on Economic, Social and Cultural Rights [8], article 15), as well as an attack to scholars everywhere.

As concerned members of the international academic community, S4P calls for all scholars to join our plea and demand the immediate release of Prof. Barghouthi and a stop to the imprisonment of Palestinian scientists!