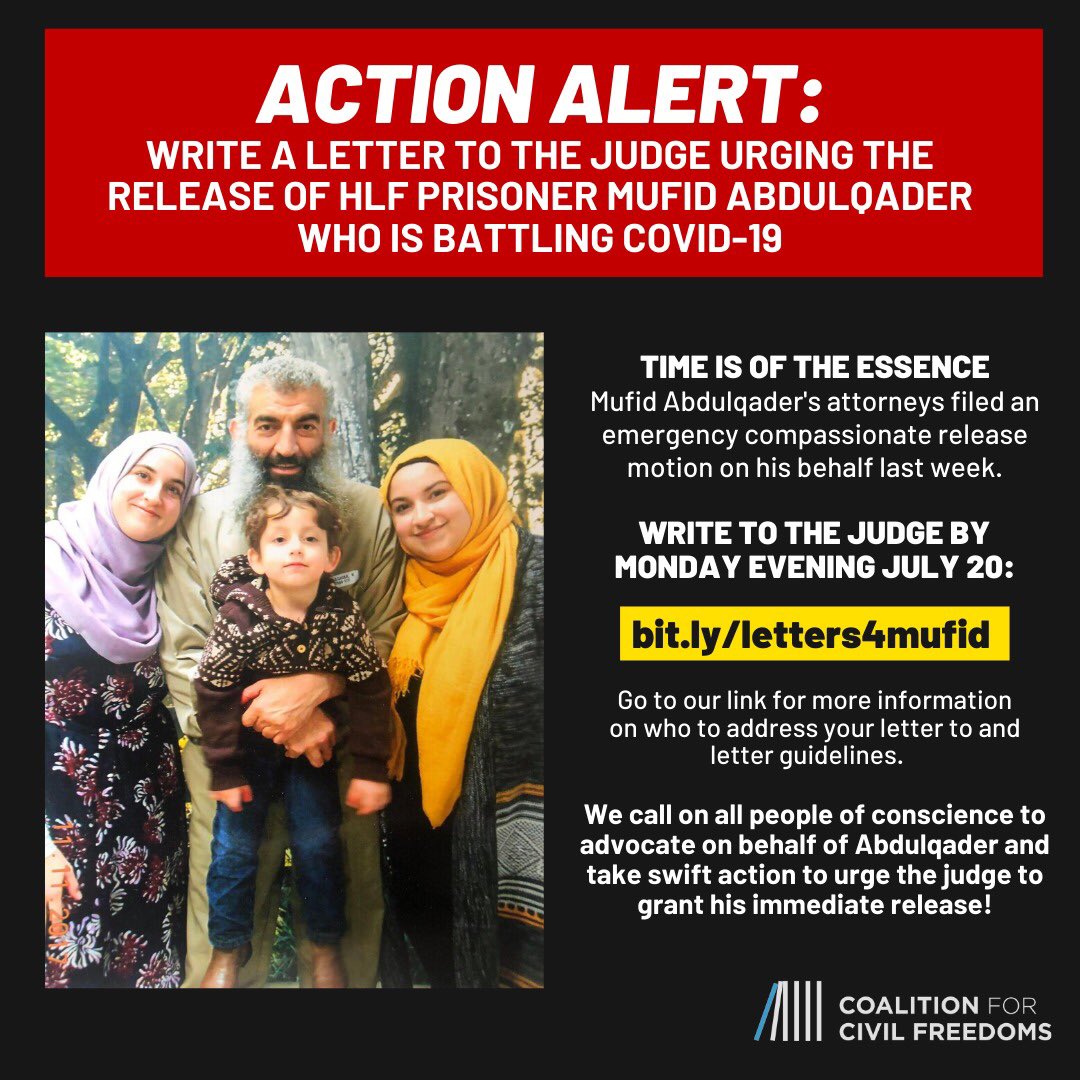 ACTION ALERT: WRITE A LETTER TO JUDGE SAM A. LINDSAY URGING THE RELEASE OF HLF PRISONER MUFID ABDULQADER WHO IS BATTLING COVID-19

On July 7, Holy Land Foundation political prisoner Mufid Abdulqader, who is serving an unjust 20-year prison sentence for charitable work, tested positive for COVID-19 at a federal prison in Seagoville, Texas. According to the Bureau of Prisons, FCI Seagoville reported its first COVID-19 related death a few days ago and that more than 74% of inmates there had tested positive for the virus.

Time is of the essence:

The Holy Land Foundation Five are Palestinian-American prisoners of conscience who ran the largest Muslim charity in the United States, and were convicted in the post-9/11 hysteria on false charges of “providing material support for terrorism.” They were given draconian sentences ranging from 15 to 65 years in prison, and were put in Communication Management Units (CMUs), often dubbed the “Gitmo North” due to the severity and discriminatory nature of their conditions. While all five men were unjustly prosecuted for constitutionally-protected activities such as associations, speech, and charity, the government’s citation of Mufid Abdulqader’s singing with his band at HLF fundraisers as “evidence” of “material support for terrorism” further underscores the absurdity and utter cruelty of the HLF case in particular, and the arbitrariness of material support laws more broadly.

For more information on the HLF case, please read Injustice: The Story of the Holy Land Foundation 5 by Miko Peled, and refer to these links: https://www.pymusa.com/holyland5 and http://freedomtogive.com/.