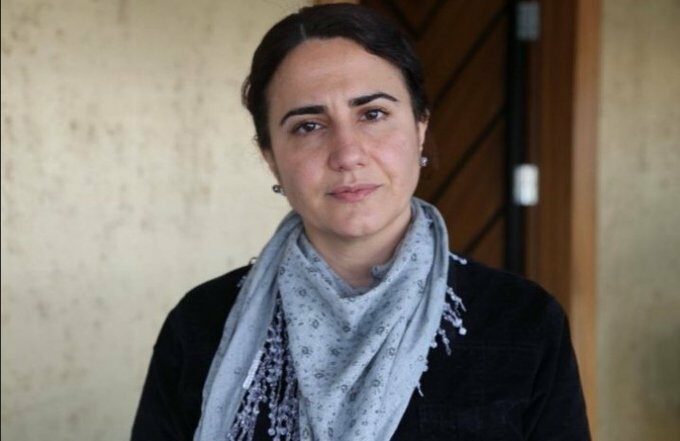 Samidoun Palestinian Prisoner Solidarity Network mourns the loss of people’s lawyer Ebru Timtik of Turkey, who carried out a hunger strike (death fast) for 238 days to demand justice in her case and those of her fellow wrongfully imprisoned people’s lawyers who were subjected to lengthy prison sentences for defending fellow political prisoners in Turkish prisons. She follows Helin Bölek, İbrahim Gökçek and Mustafa Koçak as a martyr for justice and liberation.

Her colleague, Aytac Unsal, is continuing a hunger strike of 208 days. By the time of her death, she weighed only 30 kilos – and yet the justice system in Turkey continued to deny them a fair trial, seeking to break their strike rather than recognize their demands for justice. Ebru Timtik is a martyr of the international struggle for justice and liberation for political prisoners and of the global people’s movement. She remains an immortal representative of justice, and we join with all of those who continue on her path of struggle and dedication to the people.

Freedom for all political prisoners in Turkish prisons!

Samidoun participated in previous protests, solidarity campaigns and demonstrations to demand freedom for Ebru Timtik and her fellow political prisoners, including her fellow imprisoned lawyers of the Progressive Lawyers’ Association (CHD), the musicians of Grup Yorum, and thousands of others.

We republish below the following statement of the Anti-Imperialist Front/People’s Front Greece:

Today, 27/8/2020, our comrade, a member of the People’s Law Office, Ebru Timtik, martyred in the 238 days of a death fast hunger strike . He was assassinated by imperialism and fascism because he resisted the injustice, exploitation and oppression imposed by Erdogan and AKP to the strugglers and peoples of Anatolia.

She fought  for the right to a fair trial, which is the main demand of the great Resistance of the Death Fast. A fighter for justice, always on the side of the poor, the working class, the people and the youth.

That is why she was imprisoned and killed by the fascist regime of the AKP, because she never stopped, not even for a moment defending the oppressed peoples of Turkey, either as a lawyer or as a struggler. Because together with the rest of the death fast hunger strikers, she put her body against the repression, the injustice, without hesitation in the face of torture, assault and imprisonment.

The accusation for which she was convicted as a “terrorist”, like the rest of her colleagues, lawyers of the People’s Law Office, was that she defended as a lawyer, the family of Berkin Elvan and Dilek Doğan, assassinated by Turkish police, Hasan Ferit Gedik, murdered by mafia, fighting against drugs, 301 workers killed by capital in Soma mines, fired teachers, Nuriye Gülmen and Semih Özakça, who fired by state of emergency, as well as other cases of social and class injustice.

The People’s Lawyer, Aytaç Ünsal, continues the death fast hunger strike for 207 days and the political prisoners Didem Akman and Özgür Karakaya for 191 days. Comrade Aytaç’s health is deteriorating as he is being held in hospital, under the threat of forced feeding, physical and psychological torture.

The great resistance of the Death Fast has highlighted to the world the injustice and terrorism that prevails inside Turkey. But at the same time it has developed a huge movement of solidarity in all parts of the world, which gave strength to the struggle of the hunger strikers. From Turkey to Europe and from Latin America to the Middle East, the struggle against fascism, injustice, imperialist and class exploitation knows no borders.

Ebru our immortal comrade, brave woman of Dersim,  fighter for justice, we promise you, from the AKP we will demand an account.

THE DEMANDS OF DEATH FAST RESISTANCE BE IMMEDIATELY ACCEPTED

FREEDOM TO THE LAWYERS OF THE PEOPLE

TO STRUGGLE FOR AYTAÇ ÜNSAL TO LIVE

WE ARE RIGHT AND WE WILL WIN!