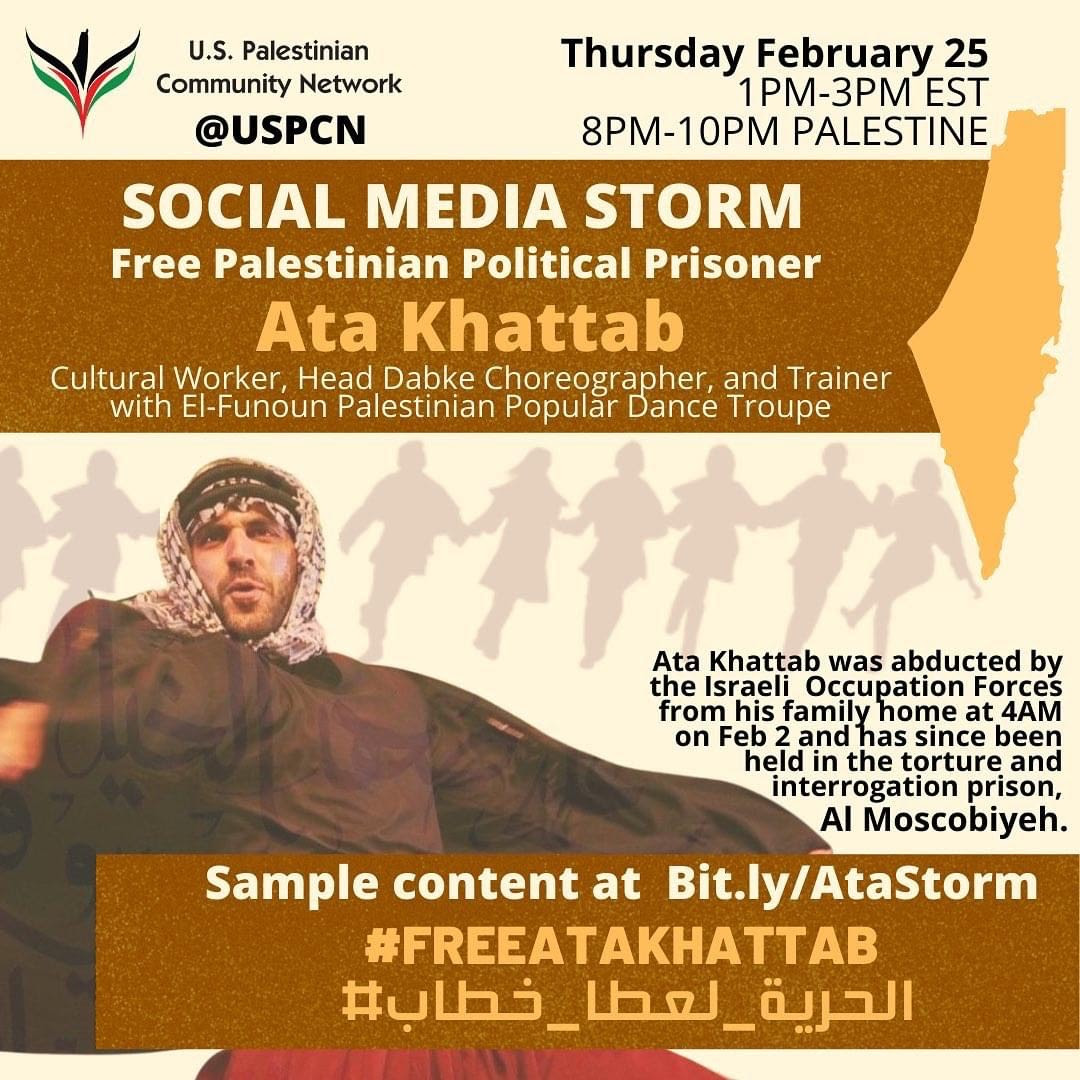 He was abducted from his family home at 4 AM on February 2nd, and has been in Israel’s notorious Al-Moscobiyeh interrogation center ever since. Just this morning, the Israeli military court extended Ata’s interrogation by nine additional days. Israeli “law” states that he can be held with no charges for up to 78 days. 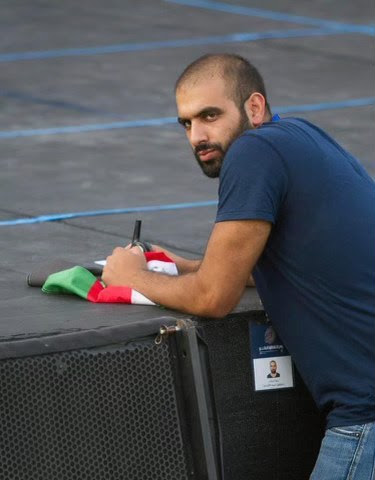 USPCN condemns the abduction and arrest of Ata and leads the call to #FreeAtaKhattab and ALL Palestinian political prisoners held in Israeli and Palestinian Authority jails!

Israel’s occupation authority, with its daily human rights violations, land theft, and ethnic cleansing, has a history of targeting Palestinian cultural workers for arrest, including Ata’s sister, many of his colleagues, and just recently, two dabke performers with Wishah Popular Dance Troupe, also in El-Bireh.

Ata and his siblings have worked for many years with El-Funoun, a volunteer-based organization of over 220 members dedicated to the preservation of authentic Palestinian folklore song, dance, and theater. Its work centers on the unbreakable resolve of Palestinian resistance and joy in the face of constant adversity, empowering artists across generations as they produce awe-inspiring pieces for the community.

It is possible that Israel will force Ata into administrative detention, which, according to Addameer, the main political prisoners’ advocacy organization in Palestine, is a political imprisonment order issued without trial or charge for up to three months at a time, and one that can be indefinitely renewed. Palestinians routinely spend years at a time jailed under administrative detention.

Join our social media storm on Thursday, February 25th, at 10 AM Pacific, 12 PM Central, 1 PM Eastern, and 8 PM in Palestine!