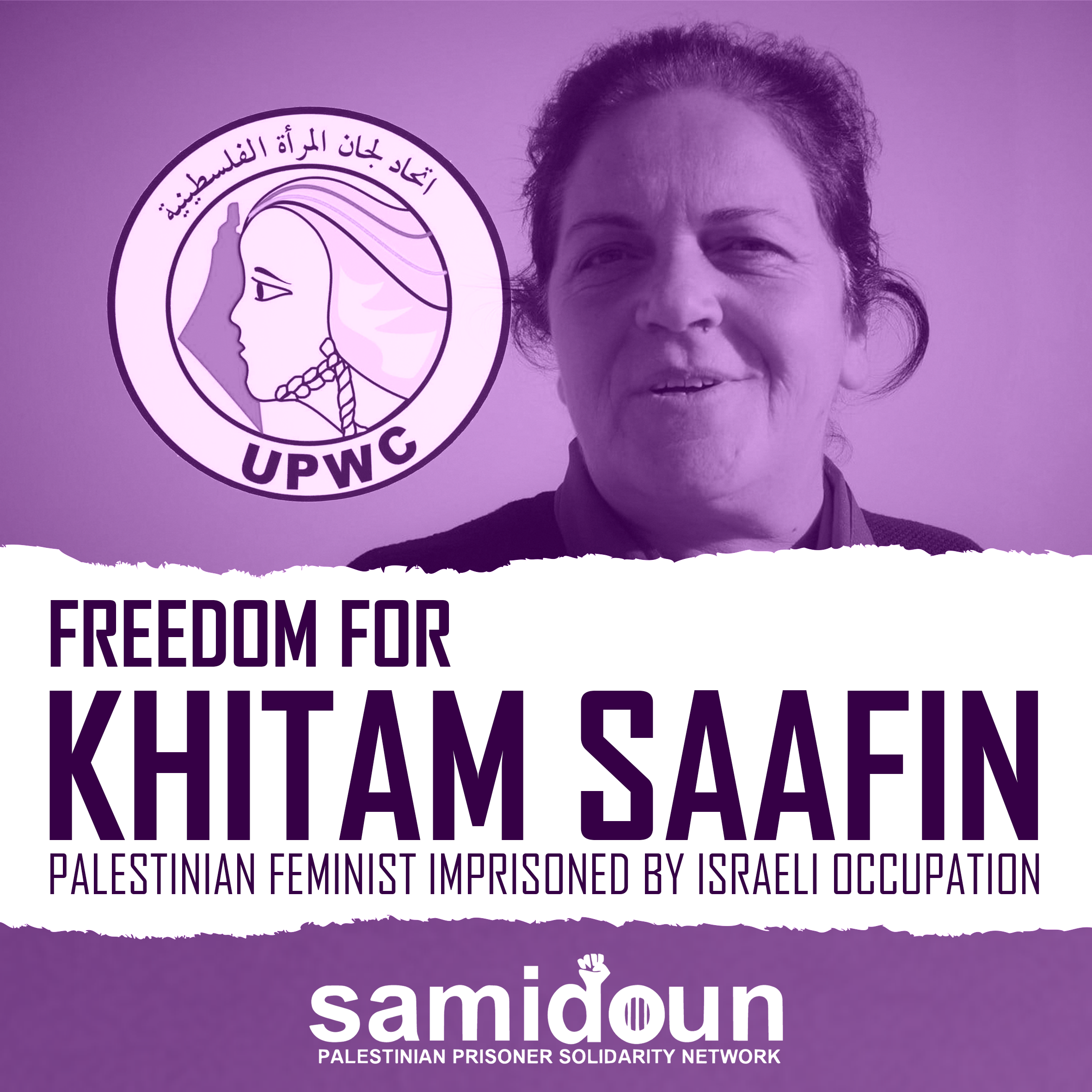 On Thursday, 25 February, Israeli occupation authorities ordered Khitam Saafin, the President of the Union of Palestinian Women’s Committees, detained without charge or trial for four additional months under administrative detention. The UPWC denounced the extension of her arbitrary imprisonment in a statement posted on Facebook. Samidoun Palestinian Prisoner Solidarity Network condemns the unjust, unlawful extension of Khitam Saafin’s administrative detention by the Israeli occupation and urges people of conscience around the world to join in the call for her freedom and the liberation of all Palestinian prisoners and detainees.

Khitam Saafin is a leading Palestinian feminist and women’s organizer and a well-known international advocate for Palestinian women and freedom and justice for the Palestinian people. She has spoken around the world about the struggle of Palestinian women, including at the World Social Forum, and served as chair of the Global Women’s March Palestine.

Saafin was seized by Israeli occupation forces from her home in occupied Beitunia on 2 November 2020; she was originally ordered to six months in administrative detention, imprisonment without charge or trial, which was then reduced to four months after a legal battle.

People around the world have already joined in the global outcry to demand Saafin’s freedom. In addition to the demonstrations, social media storms and statements of condemnation that have come from global feminist, human rights and international solidarity organizations, famed musician Roger Waters showed his support for Khitam Saafin:

We urge women’s organizations, student organizations and people of conscience everywhere to raise their voices and act in solidarity with Khitam Saafin and her fellow Palestinian prisoners targeted by the Israeli occupation – including by building the movement for the boycott of Israel, its institutions and complicit corporations like HP, Puma, Teva Pharmaceuticals and G4S. The Israeli occupation wants to continue its colonization of Palestine unchecked by isolating and detaining the leaders of the Palestinian people’s movement. Join us to act and urge their immediate release and the liberation of all Palestinian prisoners, and of Palestine, from the river to the sea!

1. Post pictures and graphics on your social media accounts urging the release of Khitam Saafin and all Palestinian prisoners. Send your photos to us at Samidoun Palestinian Prisoner Solidarity Network on Facebook, @SamidounPP on Twitter, and at samidoun@samidoun.net.

2. Issue a statement from your group, association, women’s organization or union demanding freedom for Khitam Saafin. In 2017, dozens of organizations around the world joined in the call for her release, making her detention – and that of Khalida Jarrar – an international issue. Send your statements to us at samidoun@samidoun.net

3. Organize protests, demonstrations creative actions. Ad hacks, postering and other outdoor actions – especially near an Israeli embassy or consulate – can draw a significant amount of attention to Khitam Saafin and the Palestinian cause at this critical time. 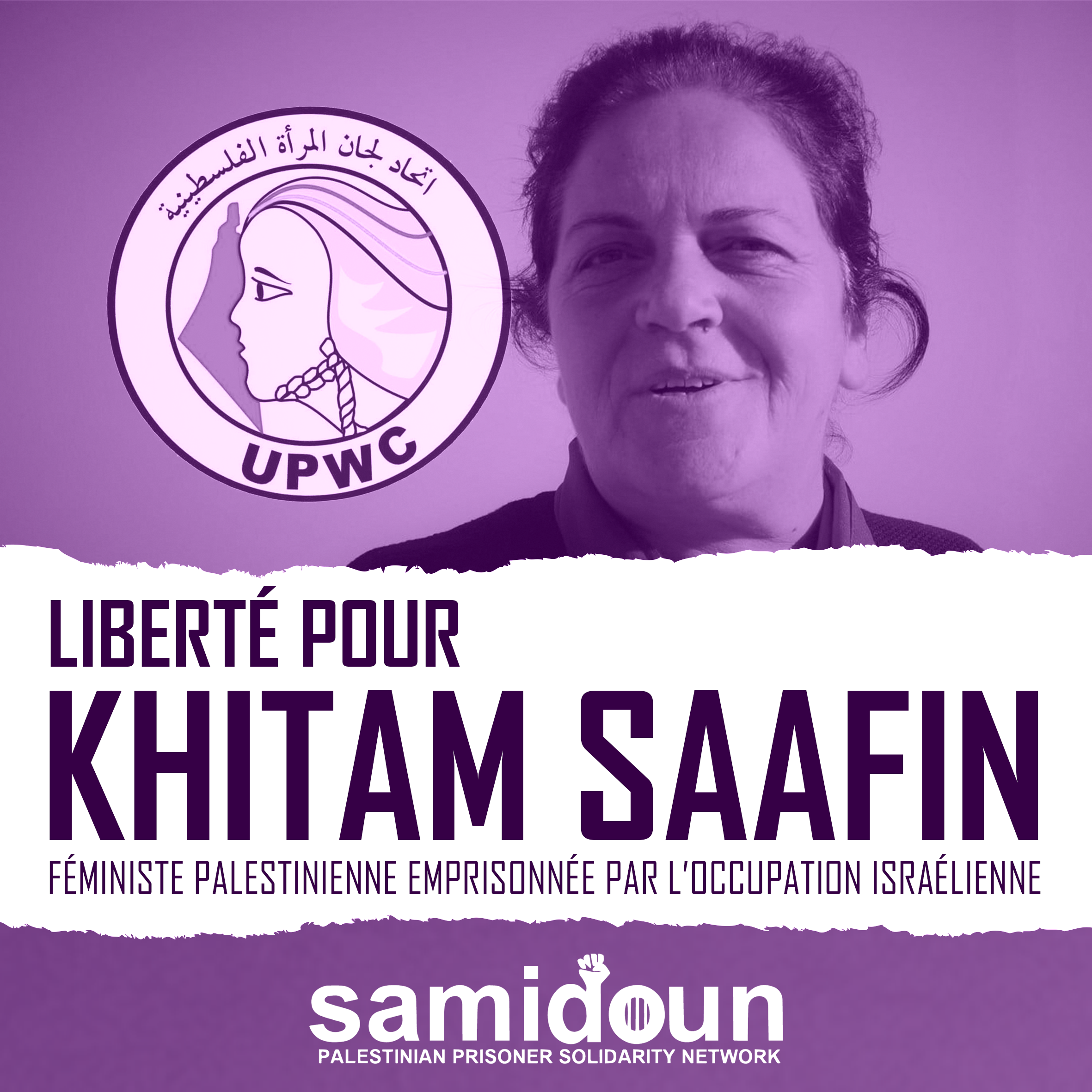 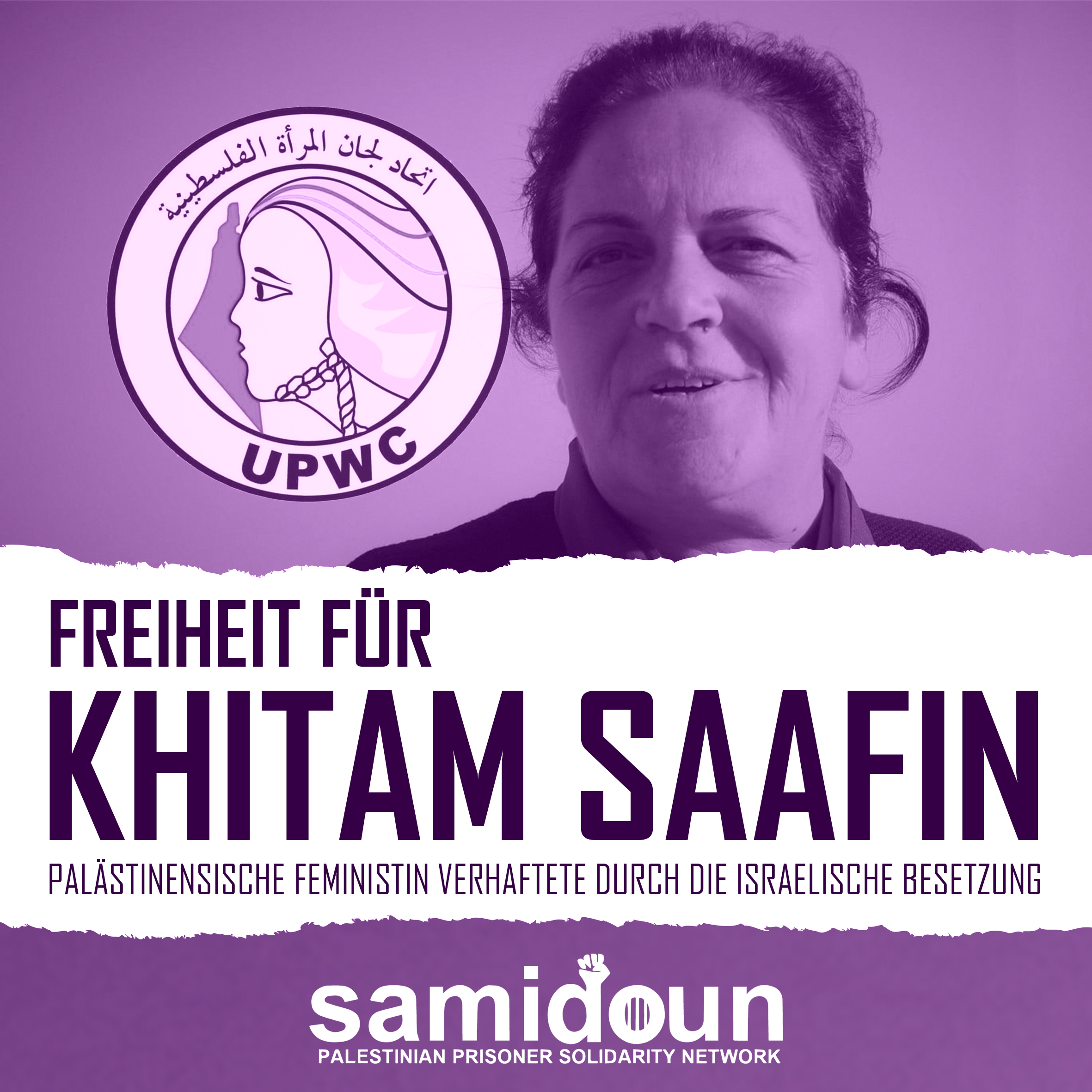 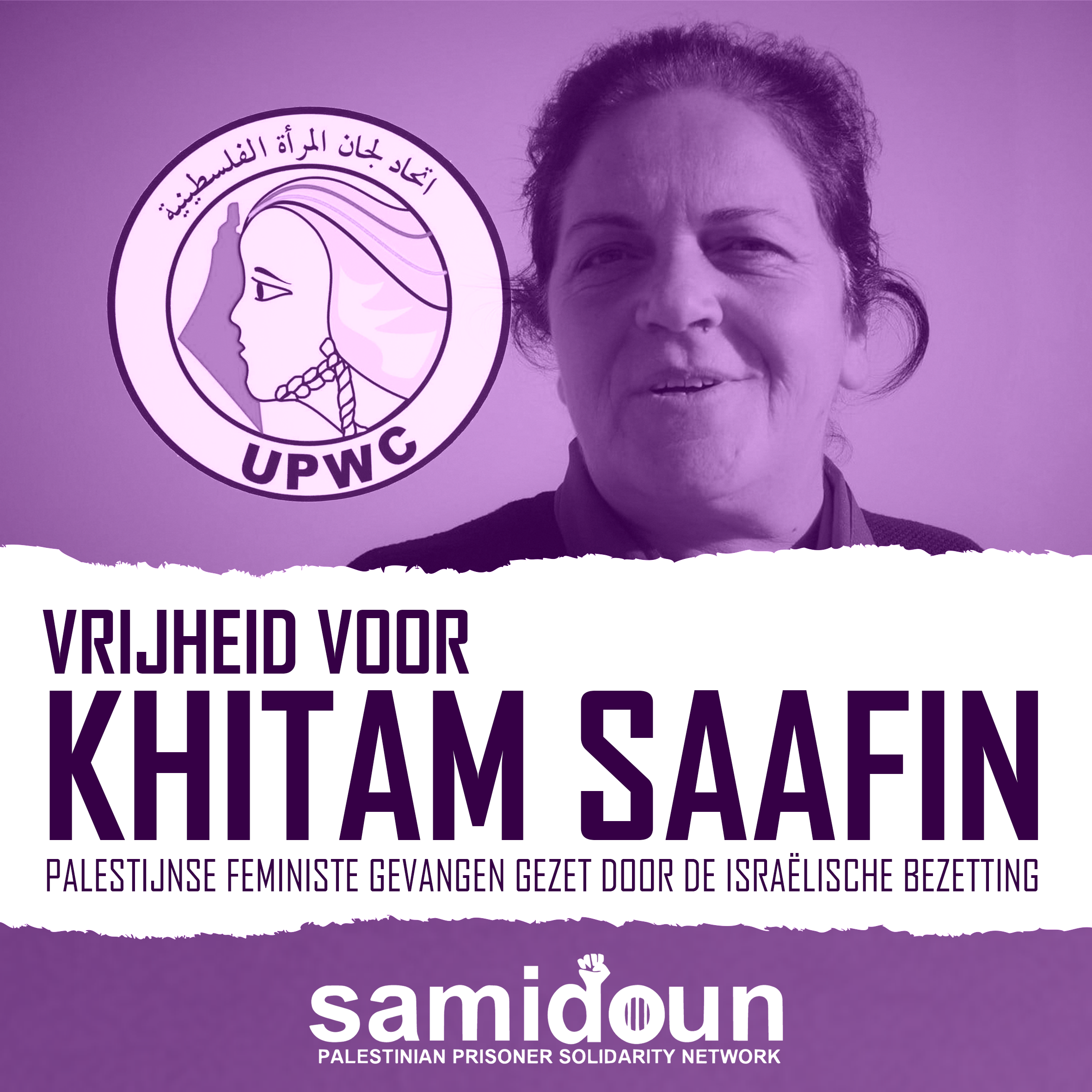 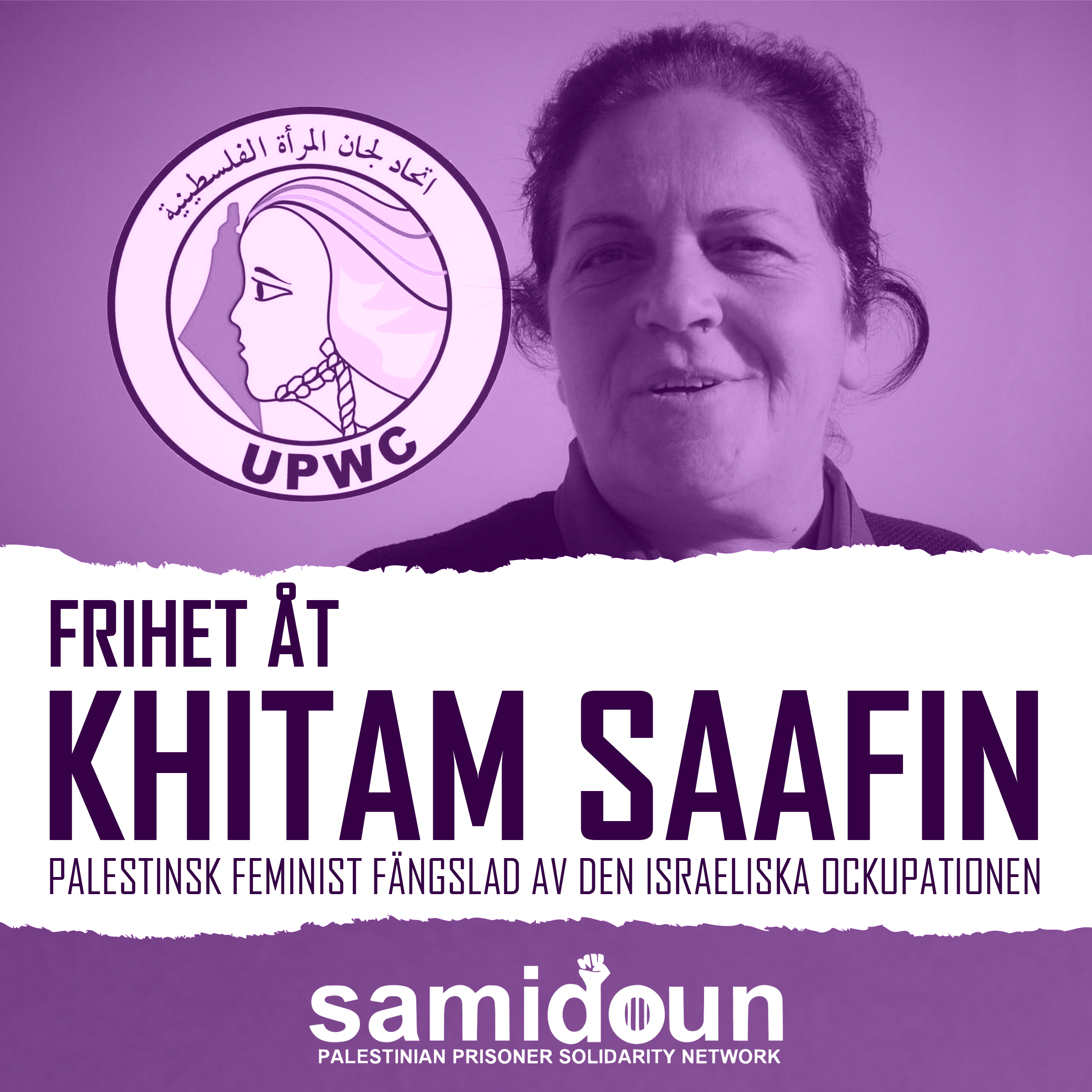 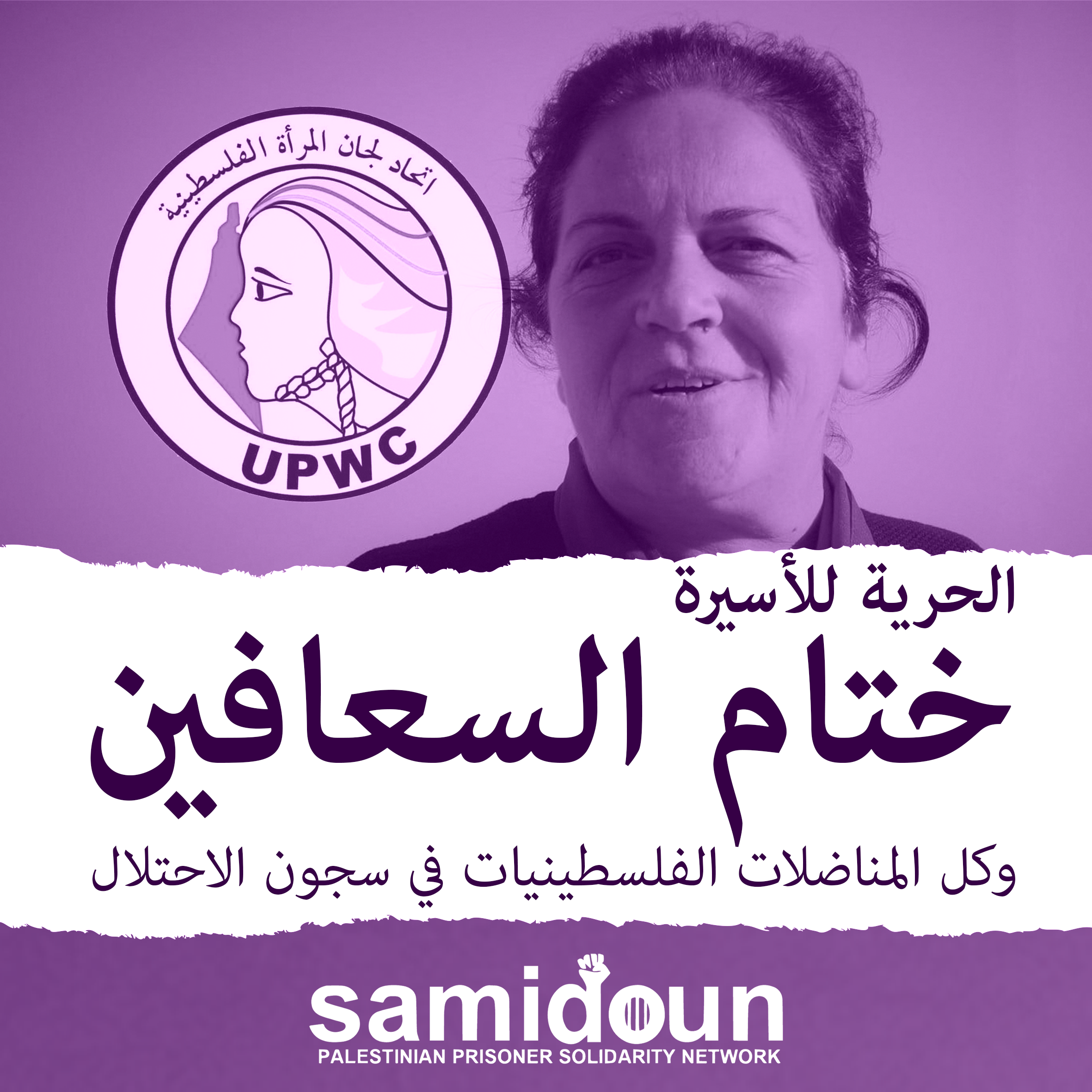 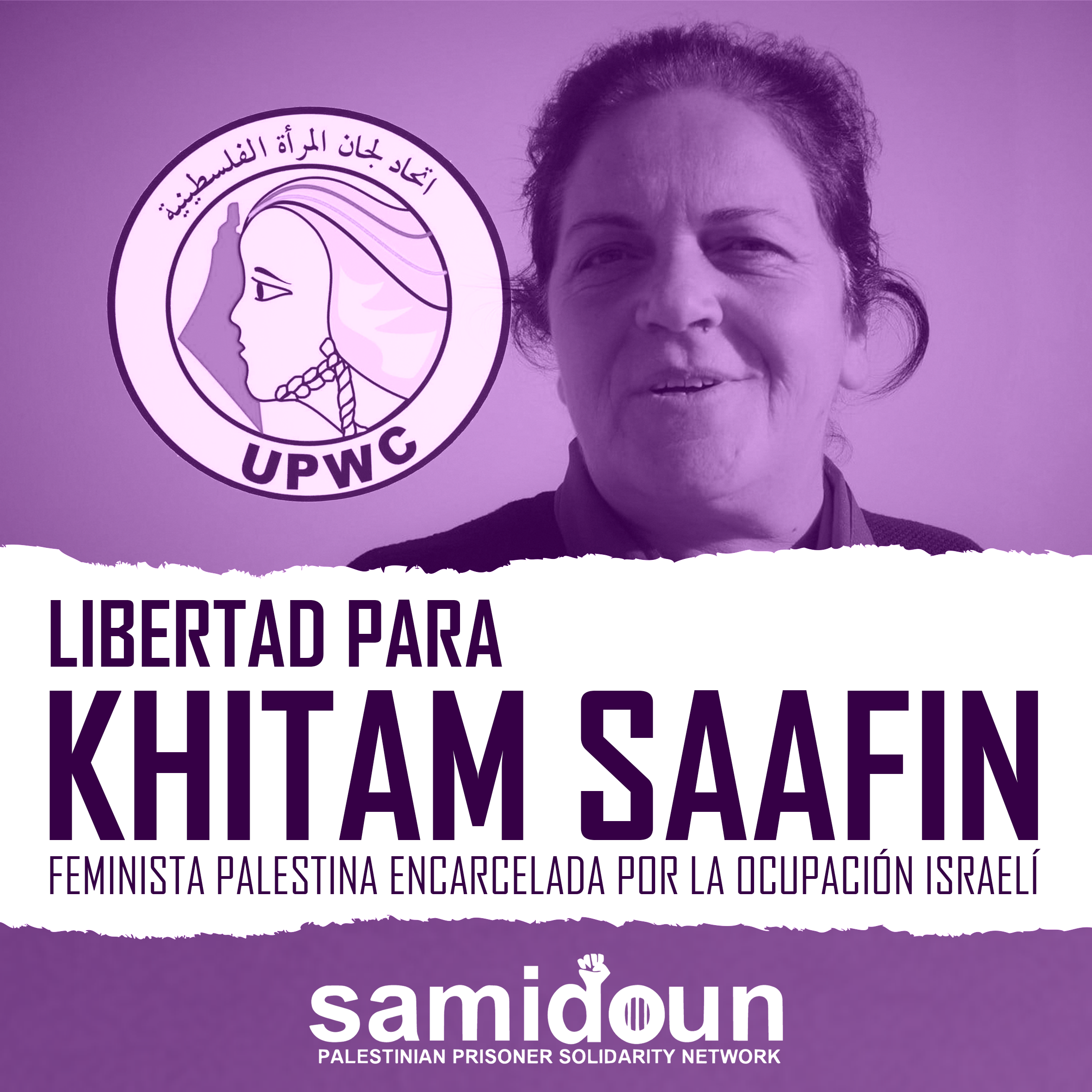 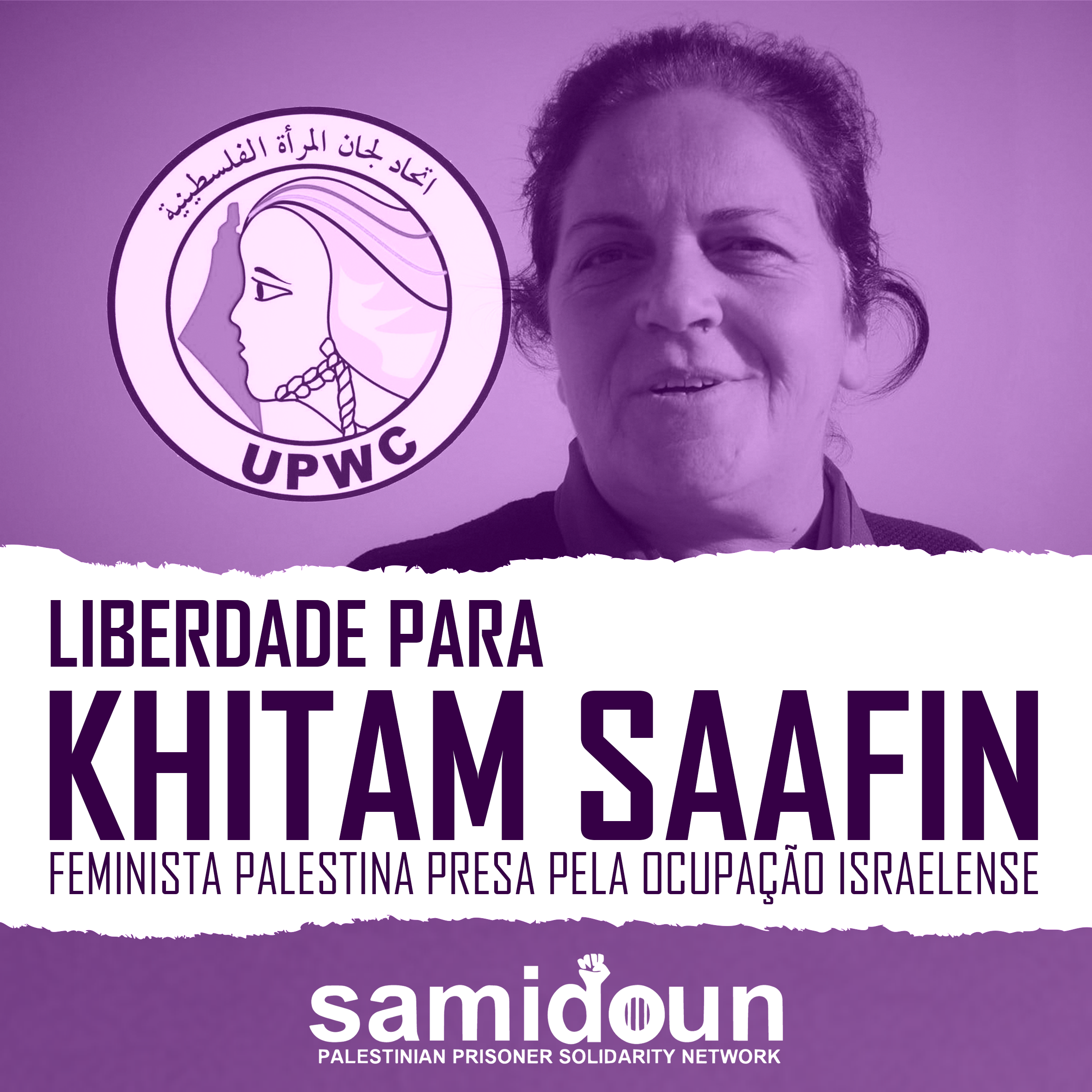 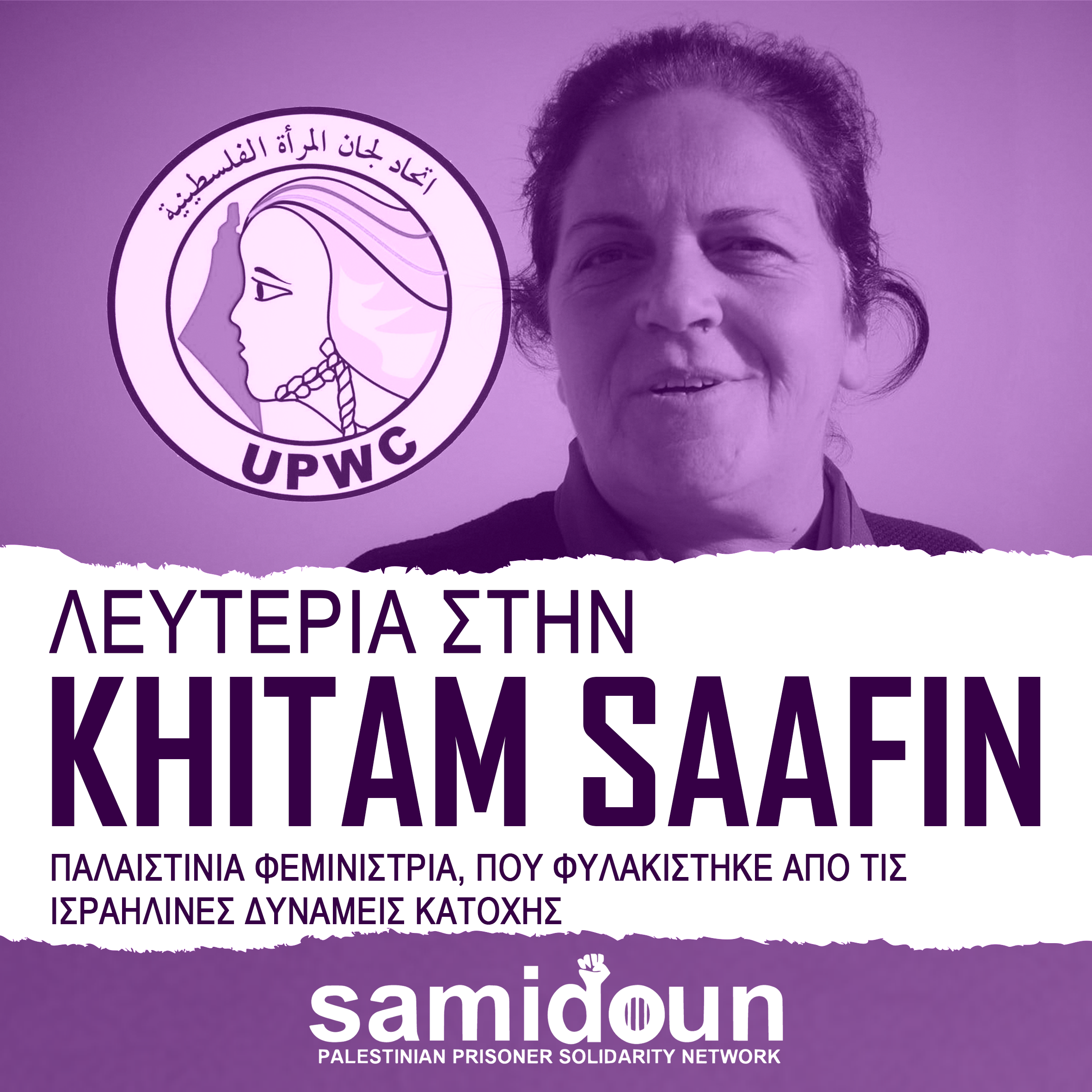 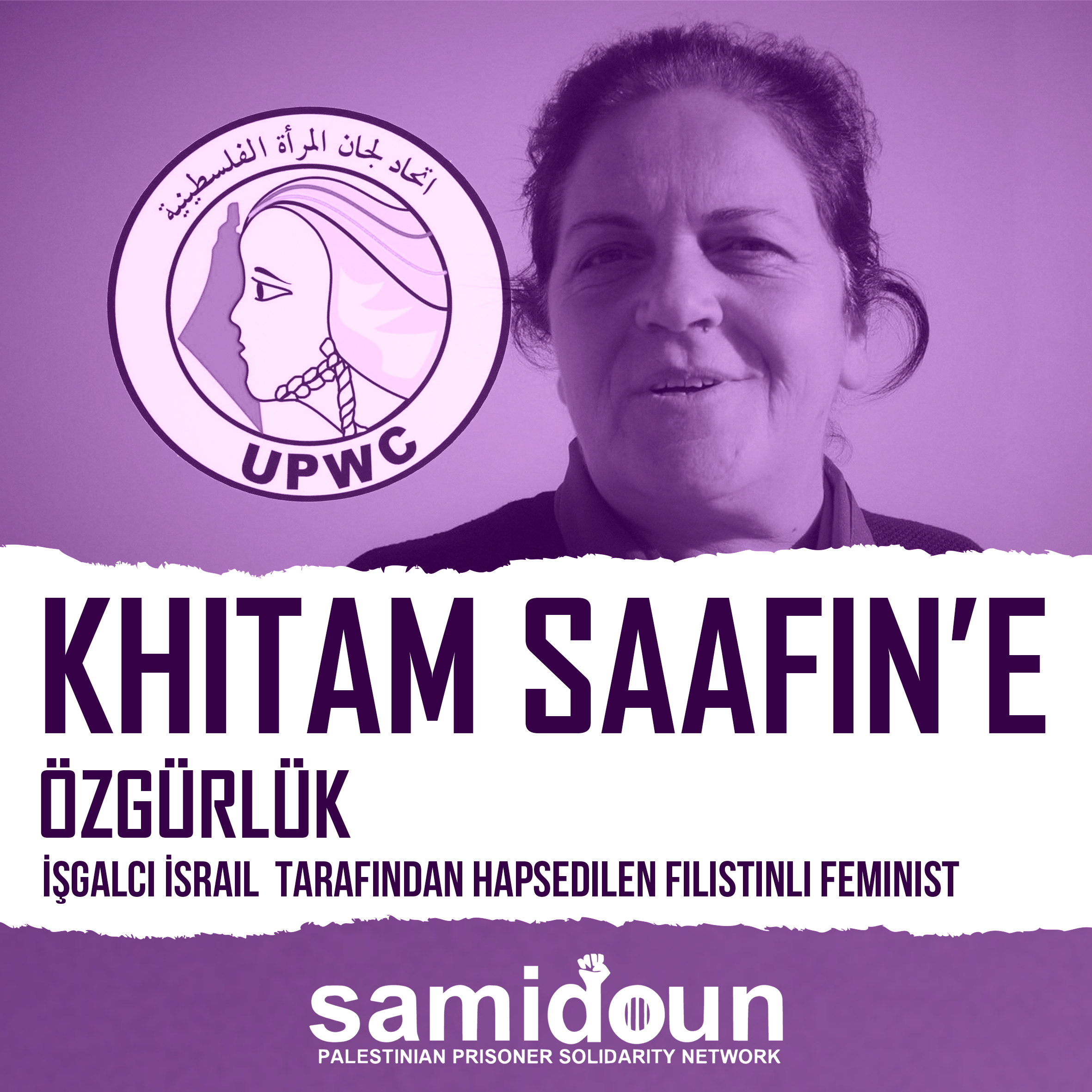 Send your message today: Communicating despite the jailer – Letters to our prisoners in occupation’s jails