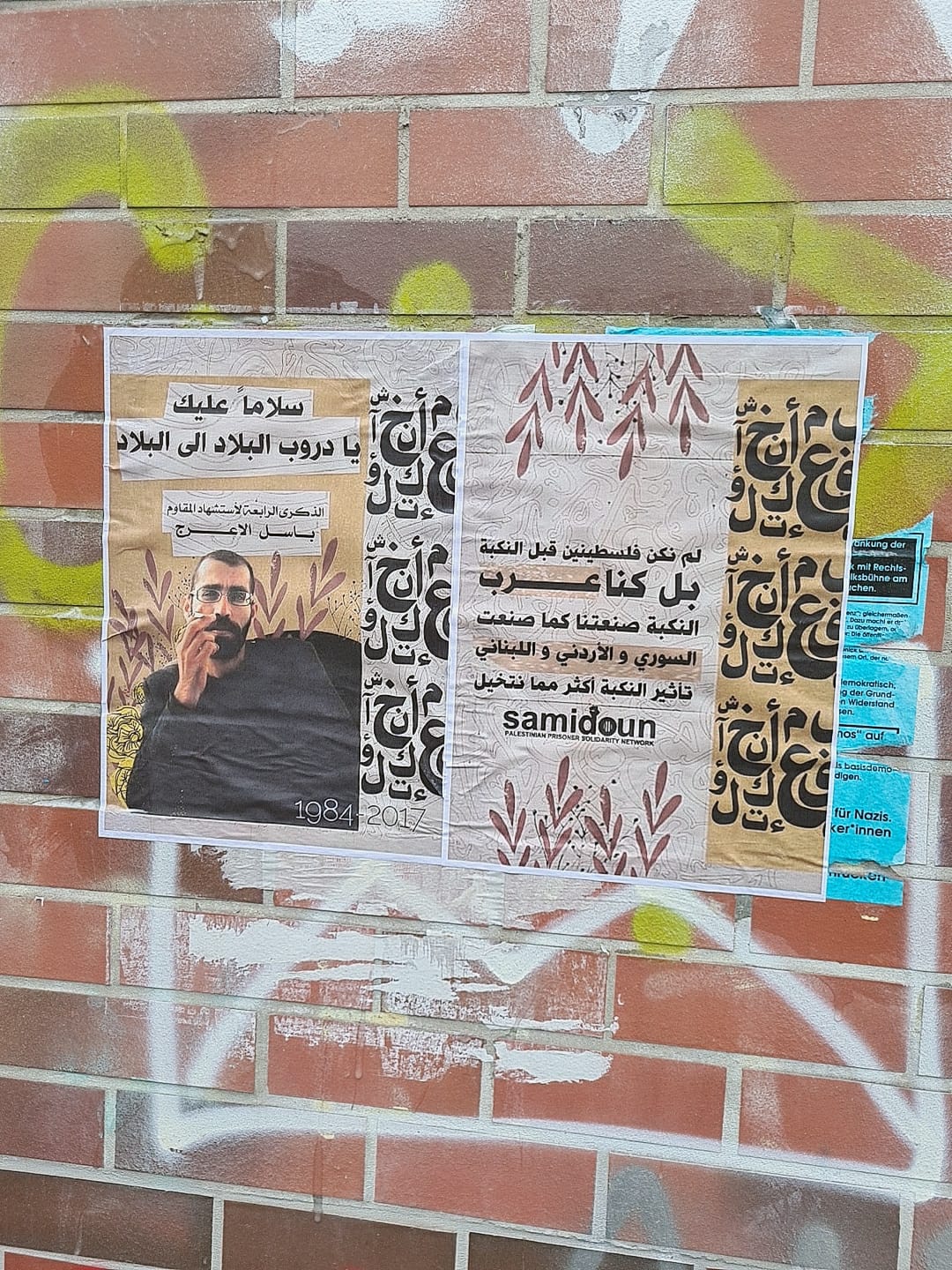 Samidoun Deutschland launched a postering campaign on the streets of Berlin, Germany, especially in Palestinian and Arab neighborhoods, on 6 March 2021, the fourth anniversary of Basil al-Araj‘s assassination by Israeli occupation forces. 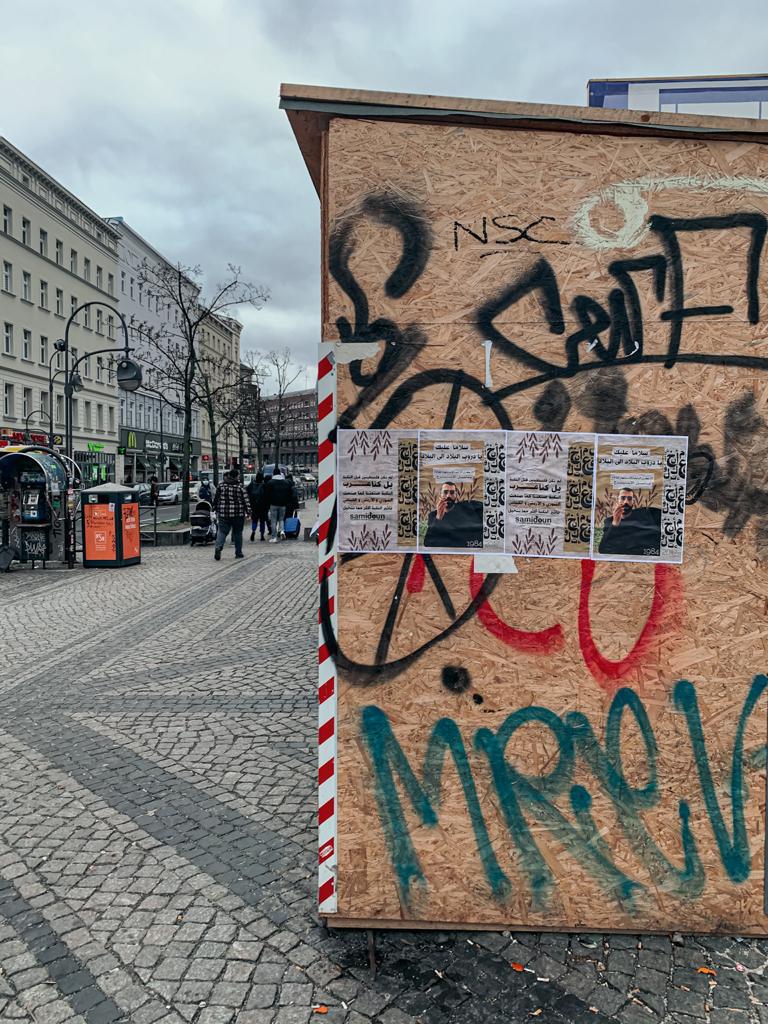 The posters salute al-Araj and his contributions to the Palestinian struggle, accompanied by a quote from al-Araj underlining the effects of the Nakba of 1948, the dispossession of the vast majority of the Palestinian people and the establishment of the Zionist settler-colonial state of Israel, upon Palestinians and the Arab people more broadly. 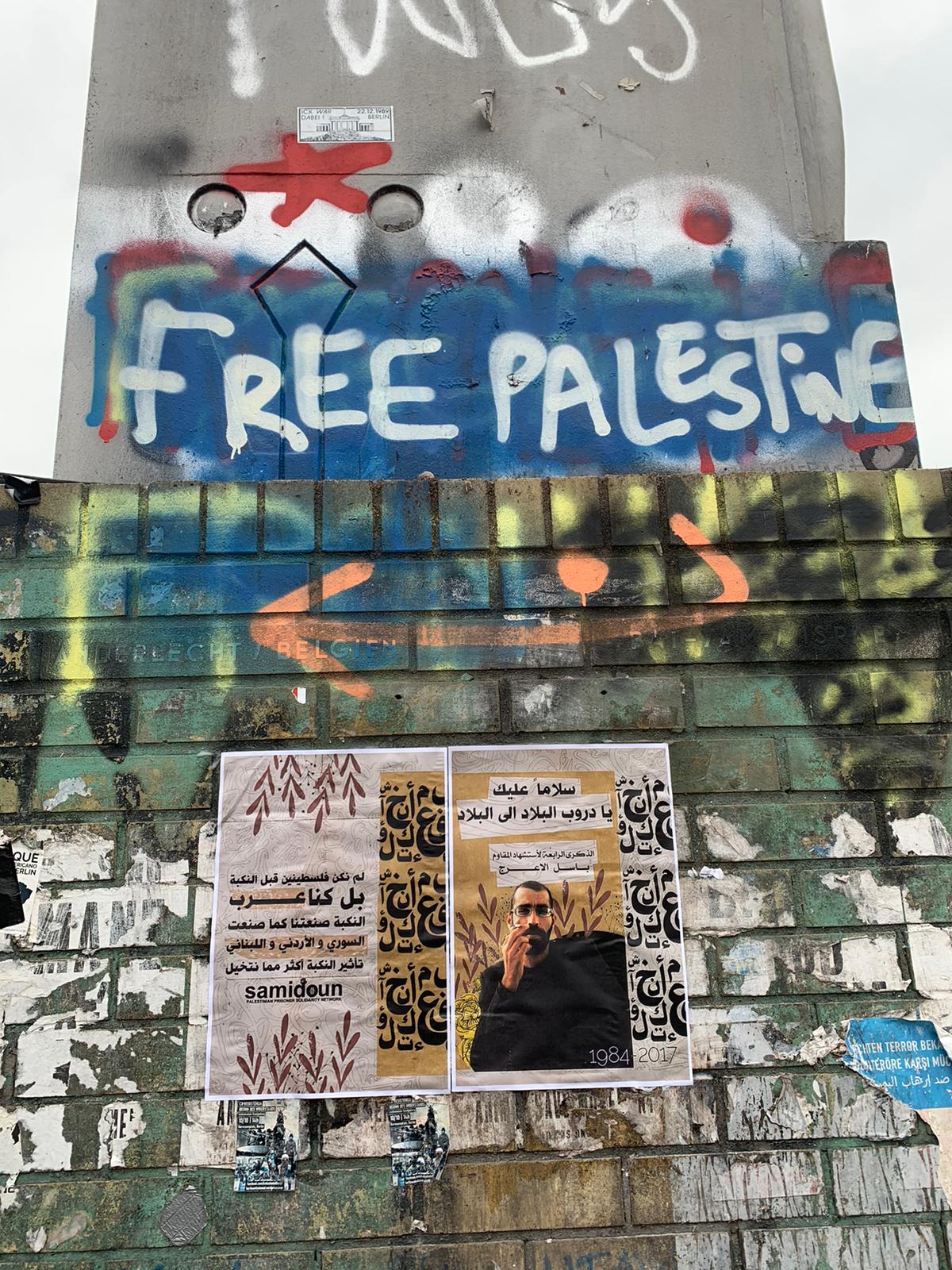 Basil al-Araj, born on 27 January 1984 in al-Walaja village near Bethlehem, occupied Palestine, studied pharmacy in Egypt and became active in the Palestinian youth movement, standing against Zionist occupation and the collaboration of the Palestinian Authority. As an “engaged intellectual,” he was a talented speaker and writer who organized a range of cultural and educational programs in different spheres, from the boycott movement to the Sulaiman al-Halabi Colonial Studies Department. He organized seminars and tours highlighting the history of the Palestinian liberation movement from 1936 to the present and various aspects of resistance to Zionist colonialism. His many articles, revolutionary thoughts and slogans have had a lasting impact on Palestinian youth. 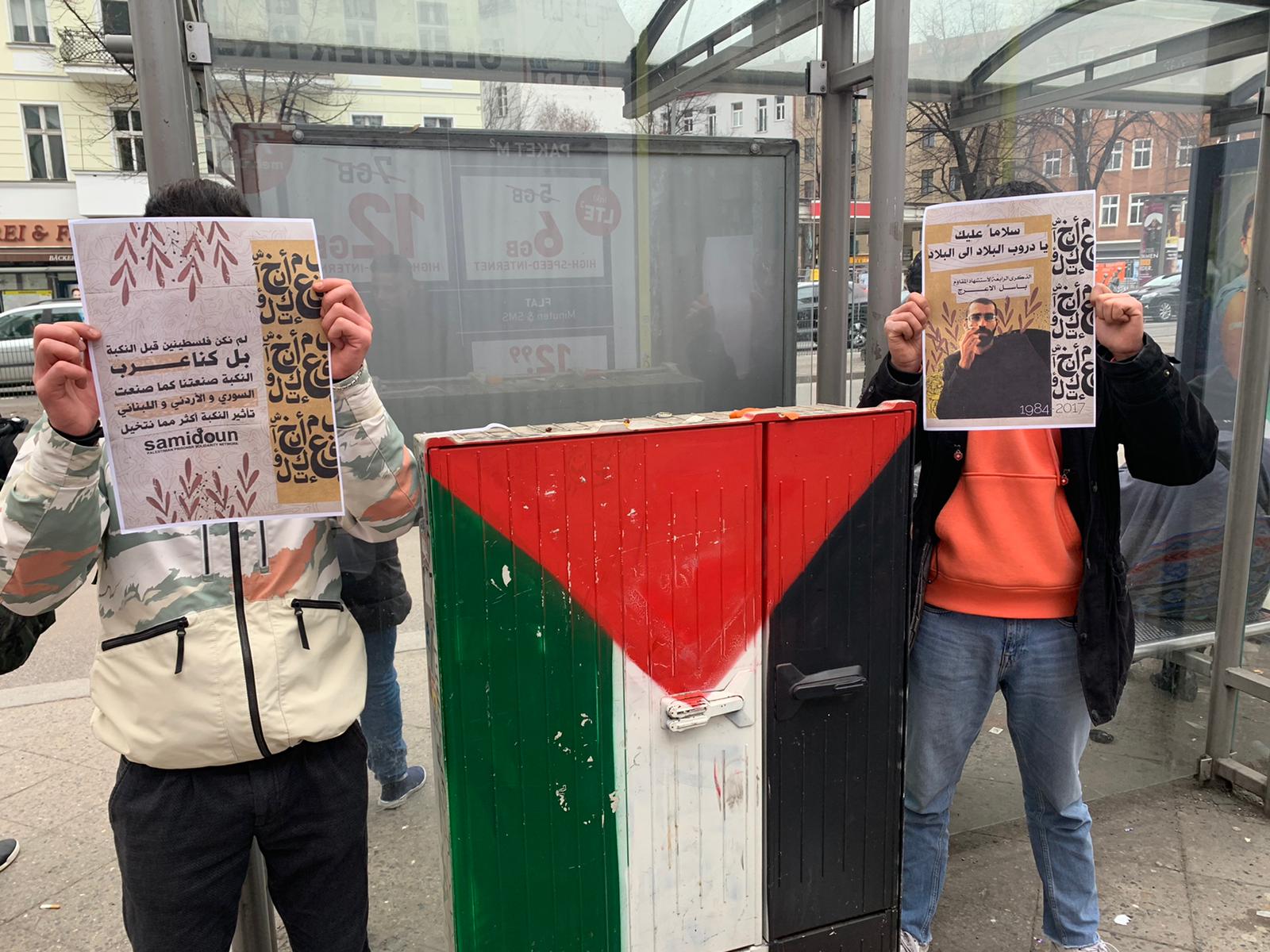 He took part in many demonstrations and protests and was detained for several months in 2016 by the Palestinian Authority under its “security coordination” with Israel. After his release, he was pursued by the Israeli intelligence services and occupation forces, who attacked him in an assault on the home where he stayed in El-Bireh, occupied Palestine, on 6 March 2017. He battled with the occupation forces for over two hours before he was assassinated in a hail of bullets. Thousands of Palestinians joined his funeral and many artists, writers, activists and intellectuals continue to admire the power of his words and legendary will, inspiring new generations of strugglers.