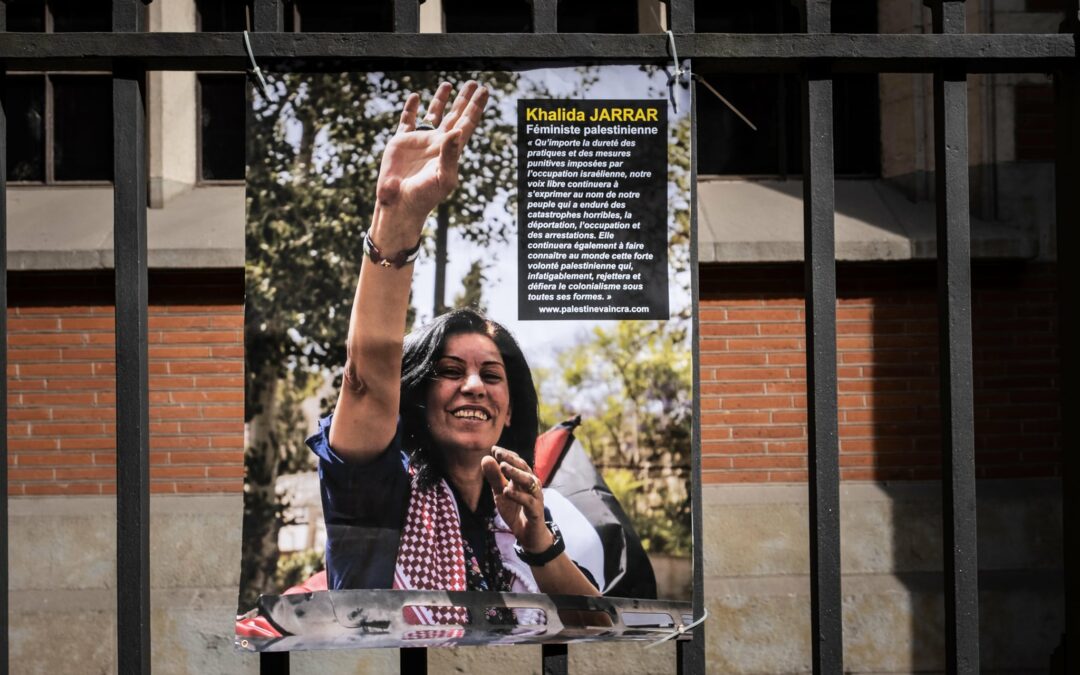 The following article was largely translated from the original French at Collectif Palestine Vaincra:

Throughout the month of March, the exhibition “Inspiring women, Remarkable women,” mounted by the city in Toulouse, France, presents over 600 portraits of women throughout the city center. The exhibition is part of the events marking March, Women’s Month. 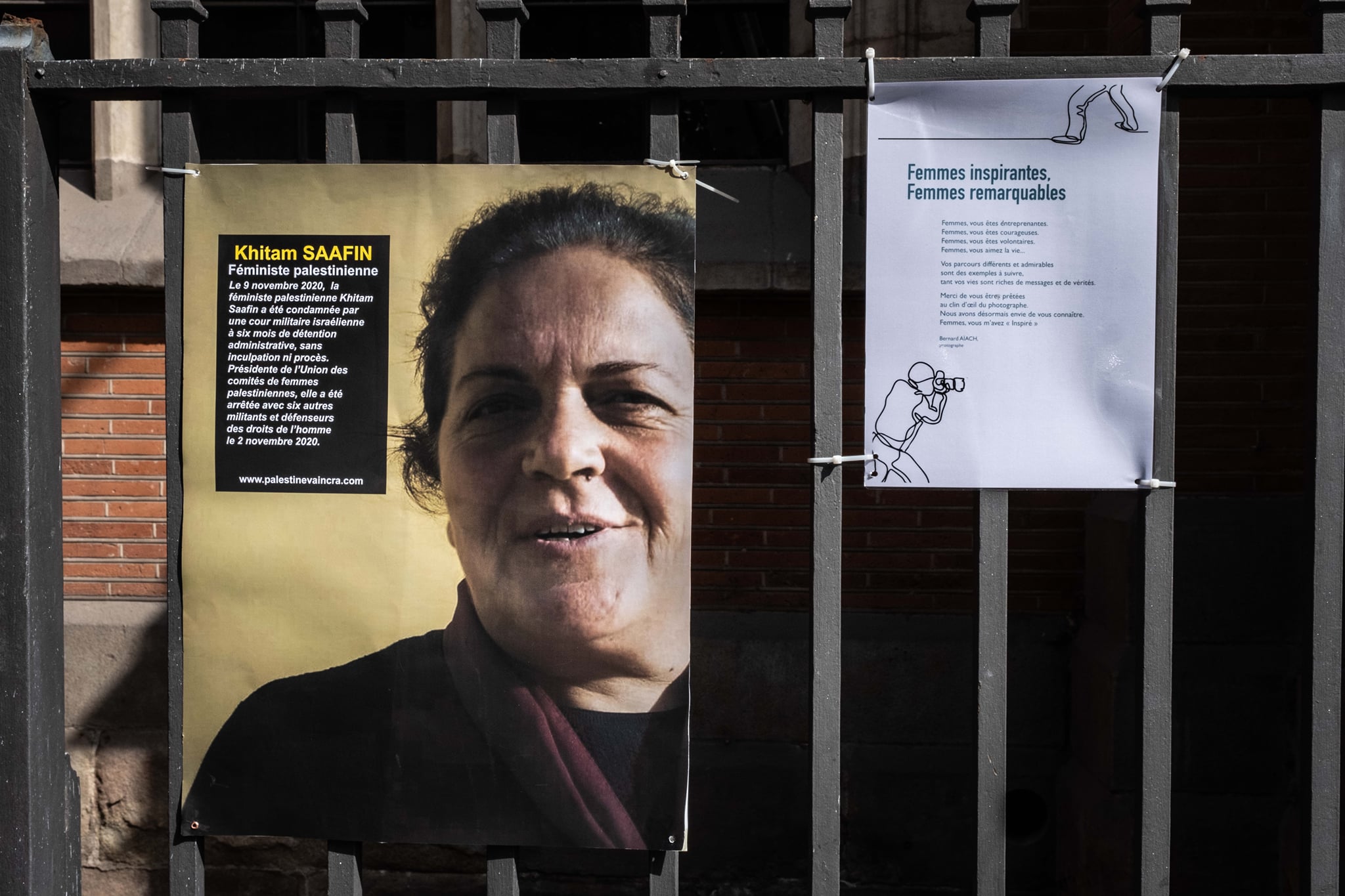 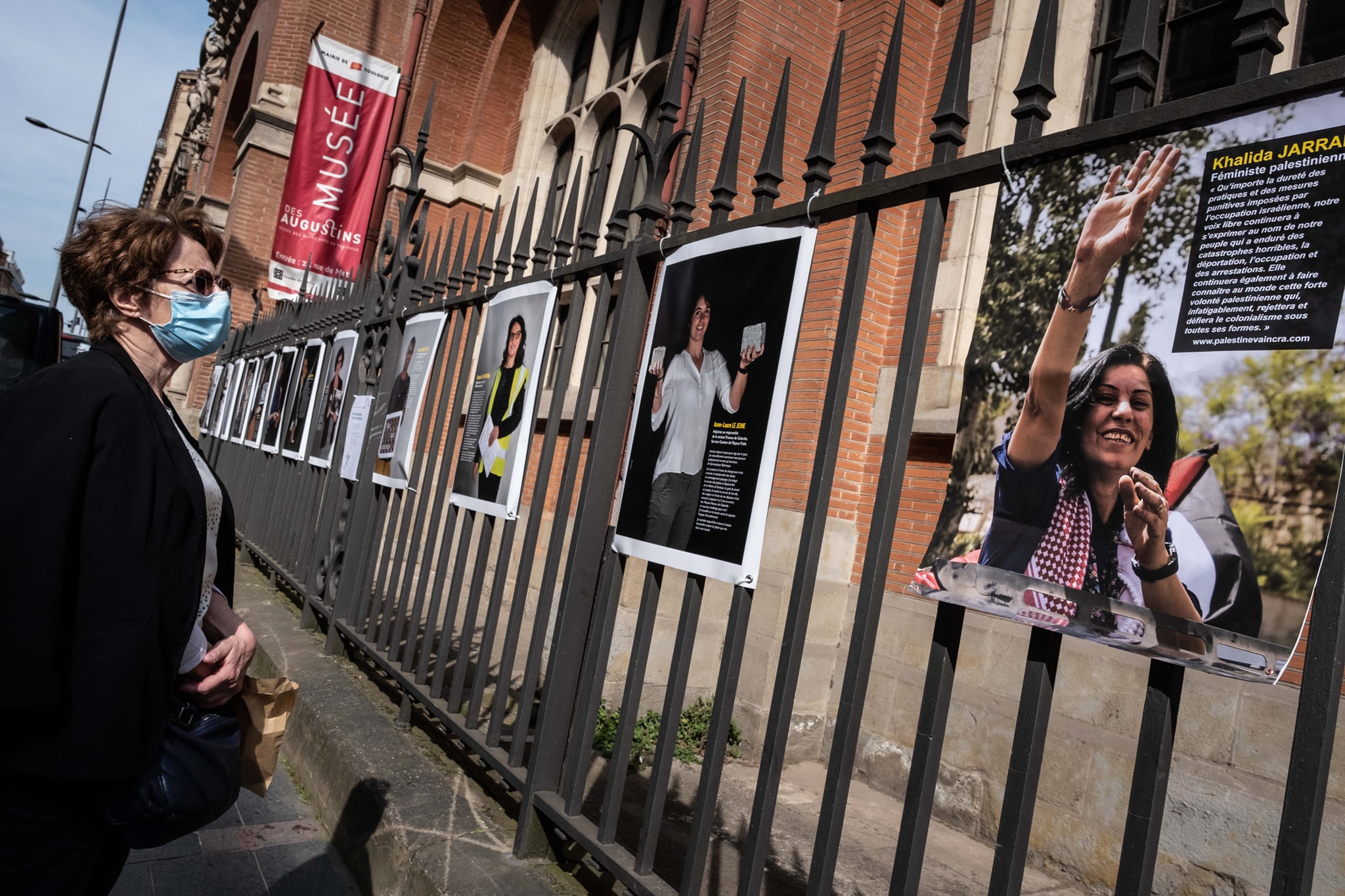 Khalida Jarrar is a Palestinian parliamentarian, feminist, leftist and national leader. She was sentenced to two years in Israeli prison on 1 March 2021 on the basis of her public political activities, after being imprisoned by the Israeli occupation since 31 October 2019. Jarrar was arrested in 2019 only eight months after her release from 20 months in Israeli administrative detention – imprisonment without charge or trial – after her last arrest by occupation forces in 2017. 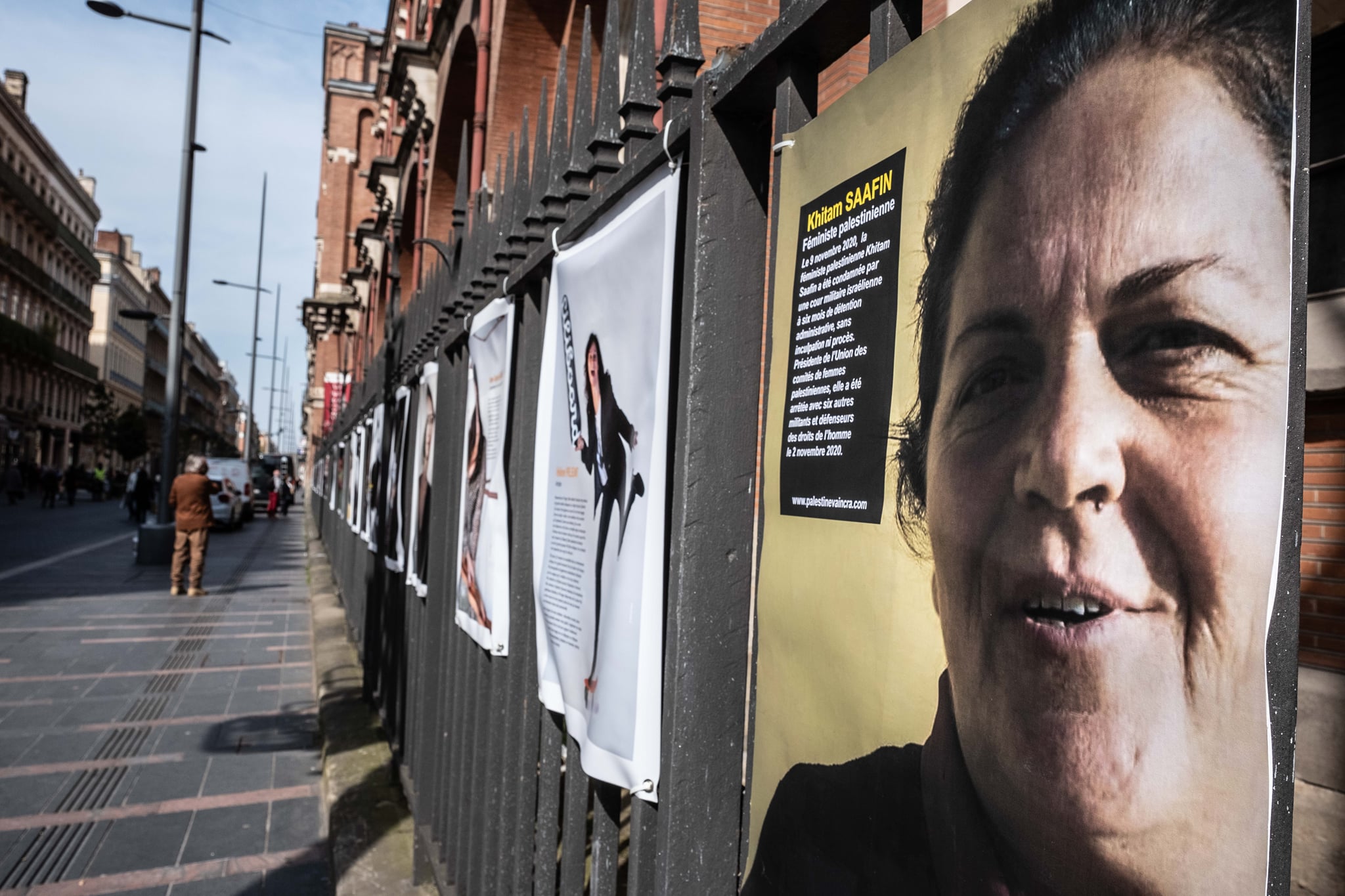 Khitam Saafin is the President of the Union of Palestinian Women’s Committees. Saafin is a leading Palestinian feminist and women’s organizer and a well-known international advocate for Palestinian women and freedom and justice for the Palestinian people. She has spoken around the world about the struggle of Palestinian women, including at the World Social Forum, and served as chair of the World March of Women Palestine. She is imprisoned without charge or trial under admiistrative detention; the military order imprisoning her was renewed on 25 February 2021.

They are among approximately 36 Palestinian women in Israeli jails, among 4,500 Palestinian political prisoners.

Thanks to photographer Ben Art Core for the photos!