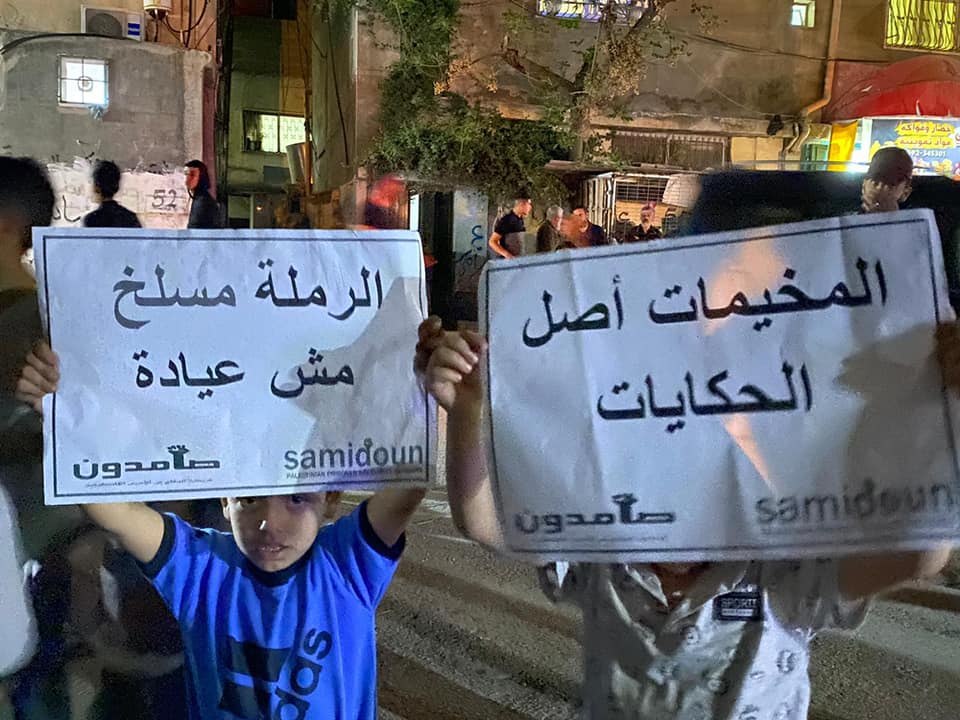 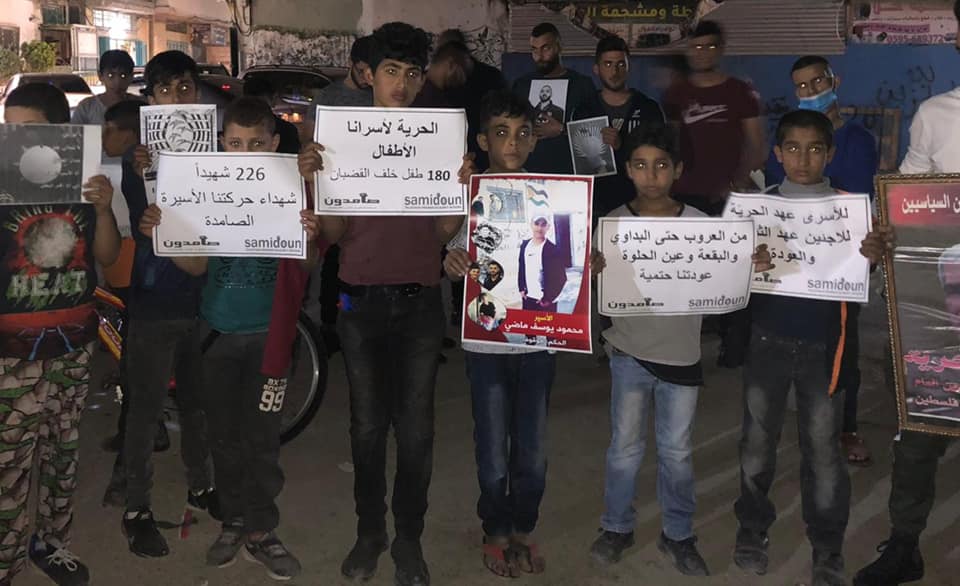 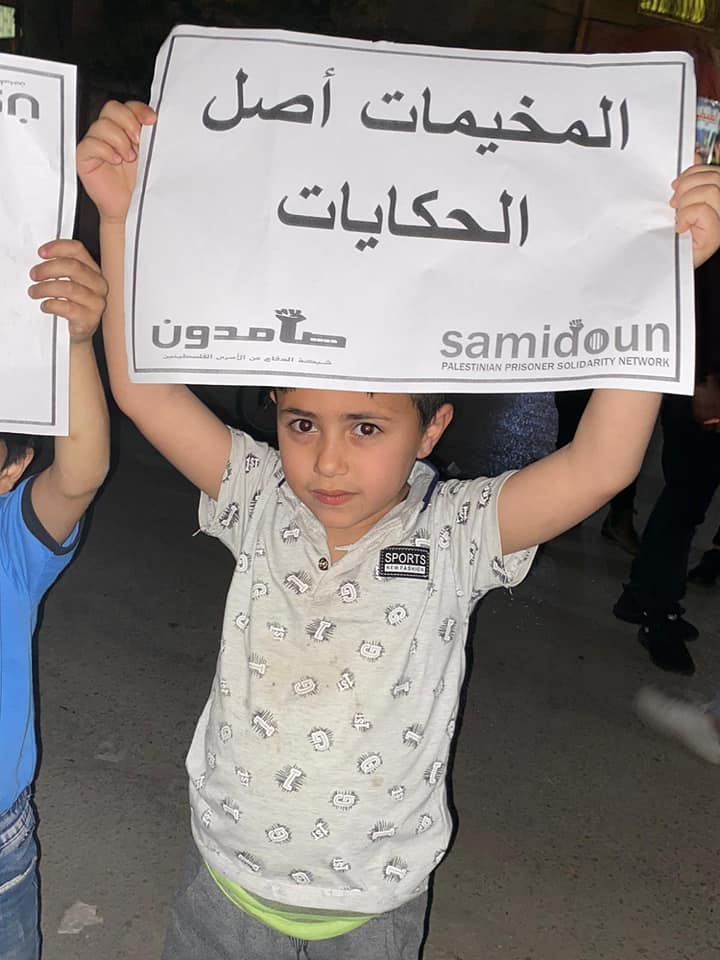 Palestinian youth and even children participated in the event, highlighting the struggles of Palestinian prisoners and calling for their liberation. In the speech by Samidoun members at the gathering, they declared: 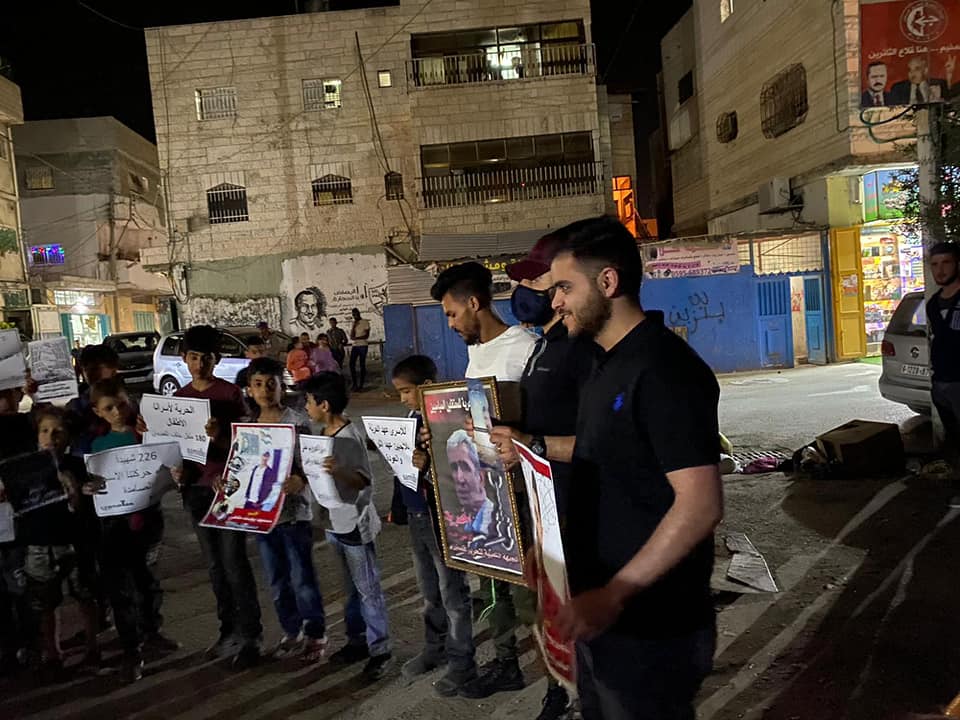 “It is our duty today to be the voice of the prisoners to the world and their voice to the Palestinian communities in exile and diaspora everywhere. It is our duty to expose the international inaction and complicity with the crimes against our valiant prisoners. Today, it is our duty to reject the policies of intimidation, threat, revolving doors and trading on the rights of our prisoners. Today, it is our duty to defend all prisoners of freedom and conscience in the prisons of the world. From the heart of Al-Arroub camp, we send a message of freedom to the heroic prisoner Georges Abdallah, who has been detained for 37 years in French prisons, for defending the cause of Palestine and its freedom, and assuring him that his revolutionary approach, resilience and the steadfastness of our prisoners are the daily engine driving us towards freedom.” 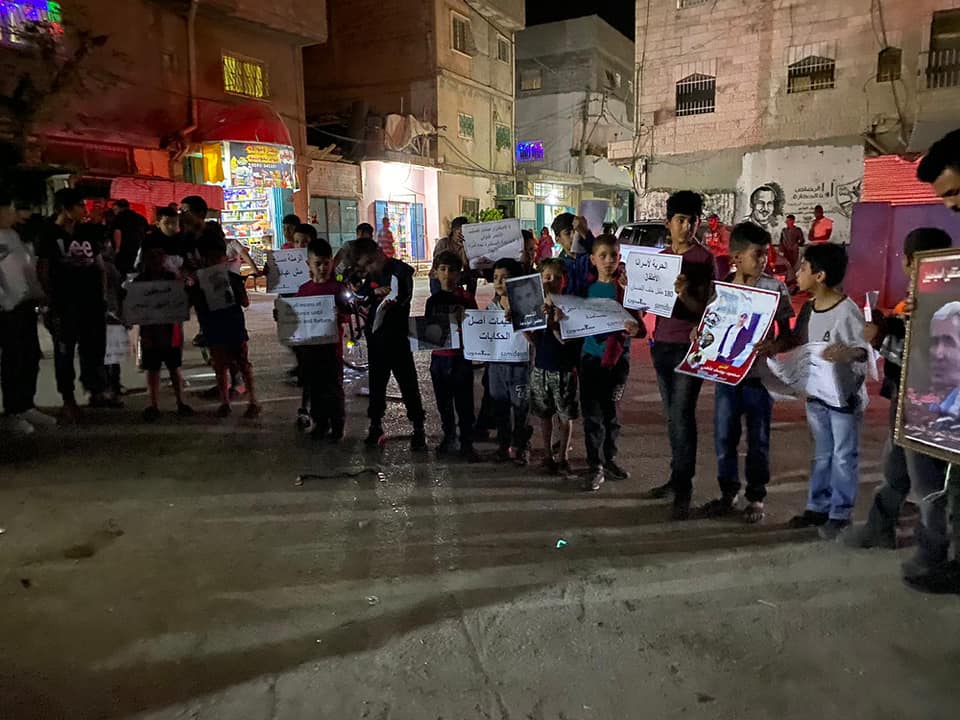 The following day, Sunday, 18 April, Samidoun Network in occupied Palestine gathered in the village of Kobar, outside Ramallah. 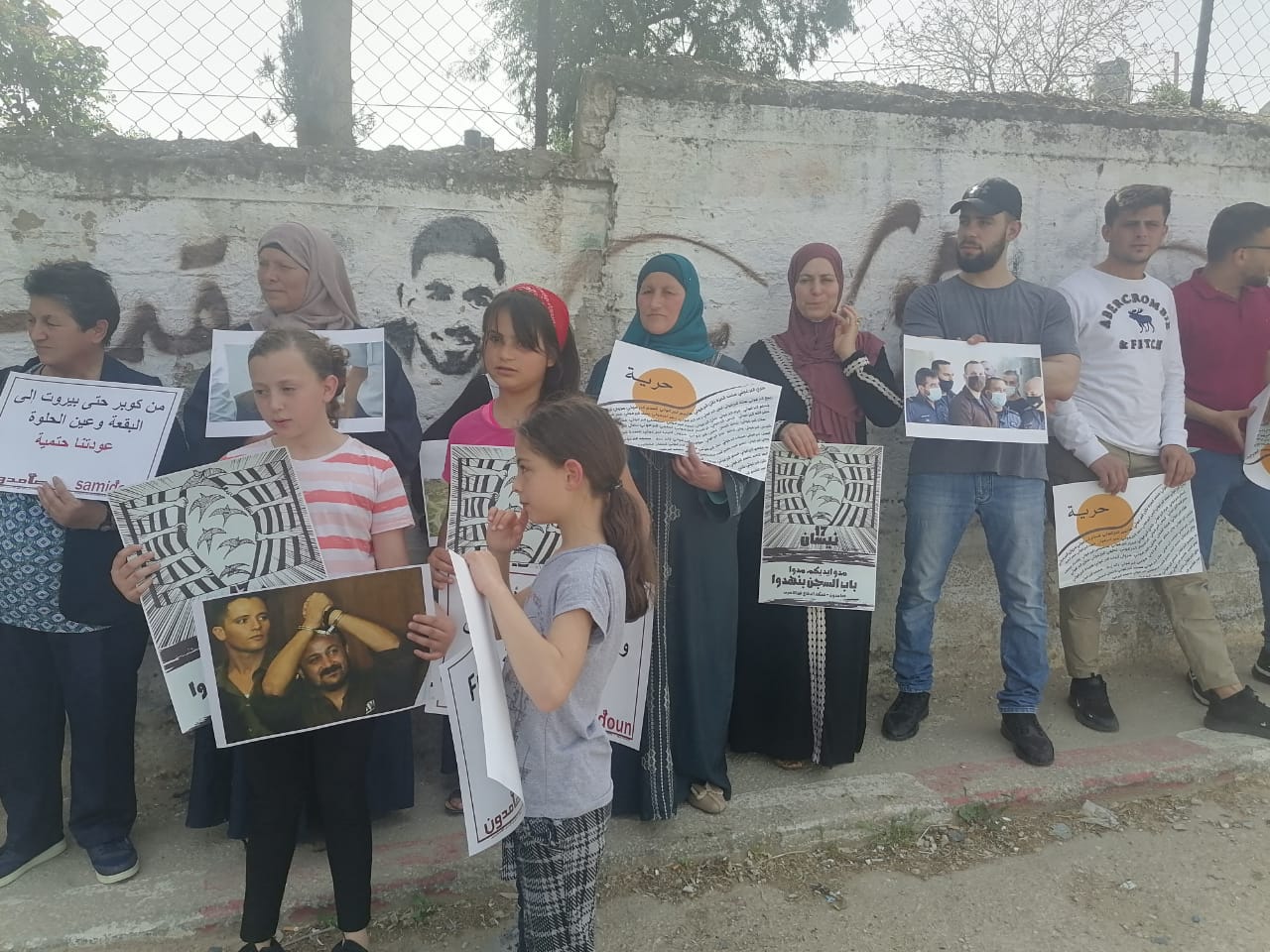 They gathered to salute the Palestinian prisoners, including the longest-held prisoner, Nael Barghouthi, himself from Kobar. They met with the families of prisoners and martyrs, especially Dr. Widad Barghouthi, Bir Zeit University professor, mother of the prisoners Qassam and Karmel Barghouthi, whose home was demolished by the Israeli occupation. 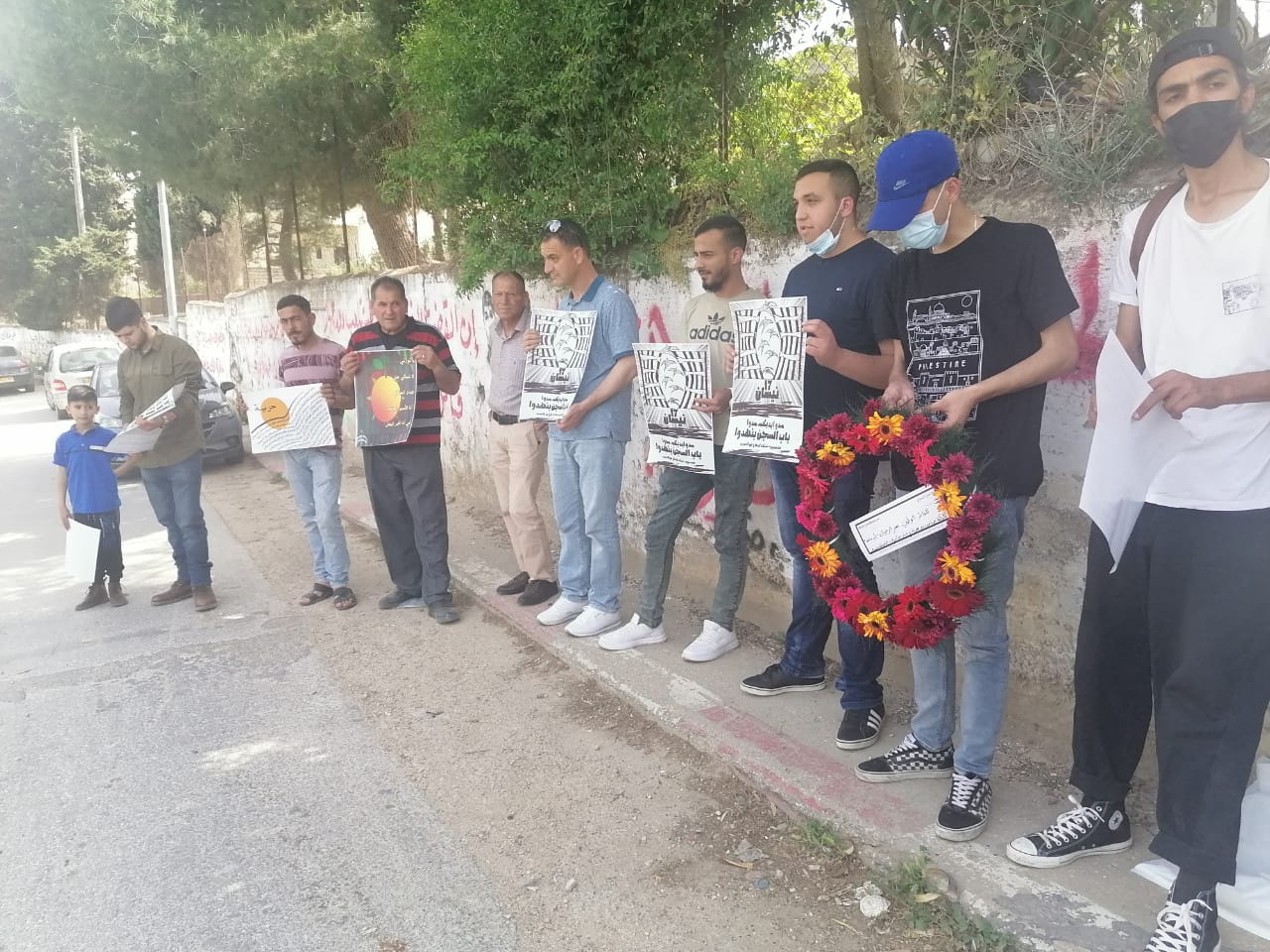 They laid a wreath at the gravesite of Omar Barghouthi (Abu Asif), who had spent 27 years in Israeli prison, 13 of them in administrative detention without charge or trial.

In the speech by Samidoun members at the event, they emphasized: “Over the years of the struggle, Kobar has given tens of martyrs, hundreds of wounded and prisoners, and hundreds of her children have entered the prisons of the Zionist entity, from all generations and at all periods, so neither time nor occasion will we remember them all, despite the fact that we designed a special poster that includes the names of Kobar’s detainees. We honor all of those who fought and struggled for their people, for freedom, return and liberation, and who gave their lives and years to our people and their liberation.” 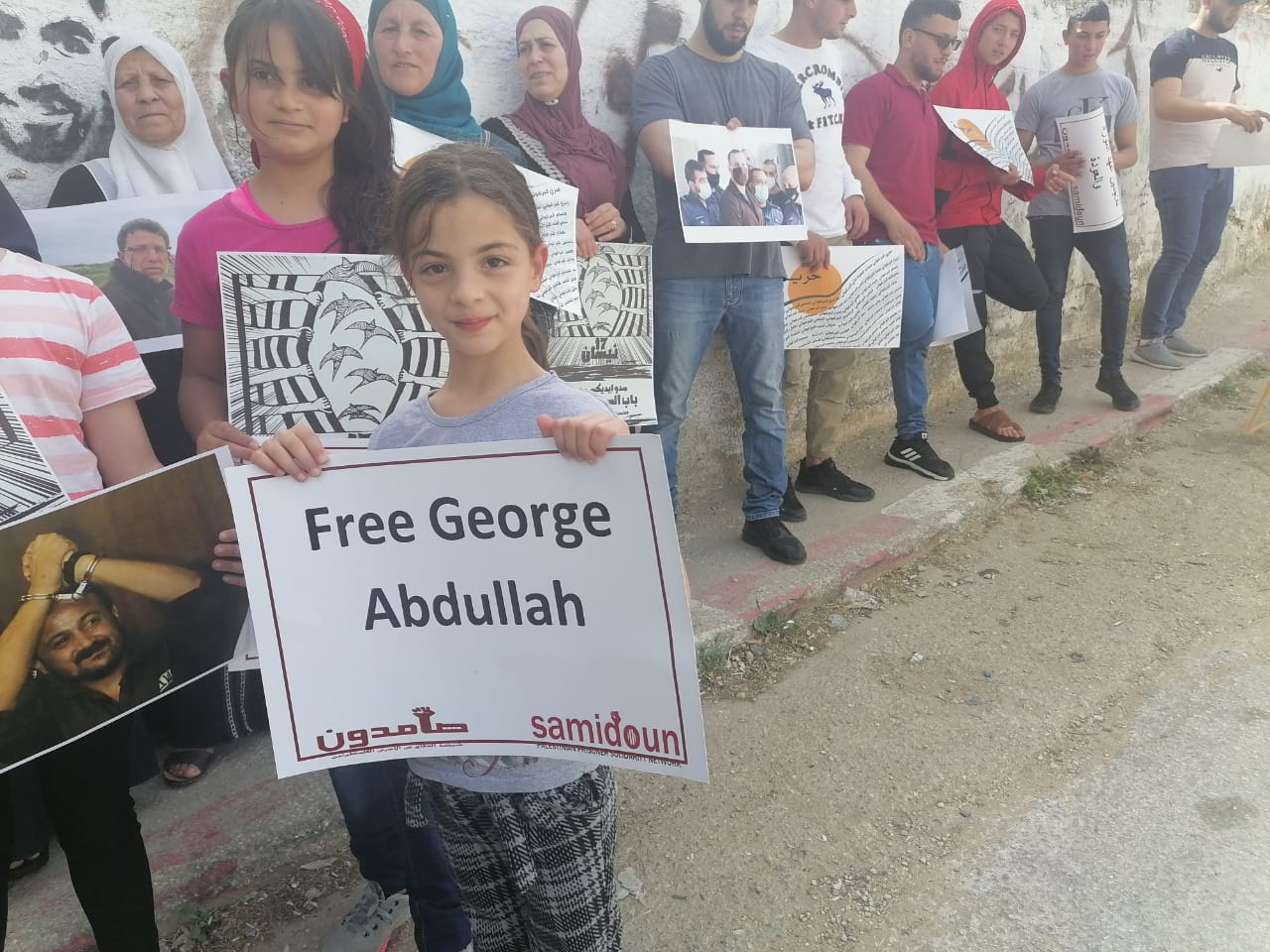 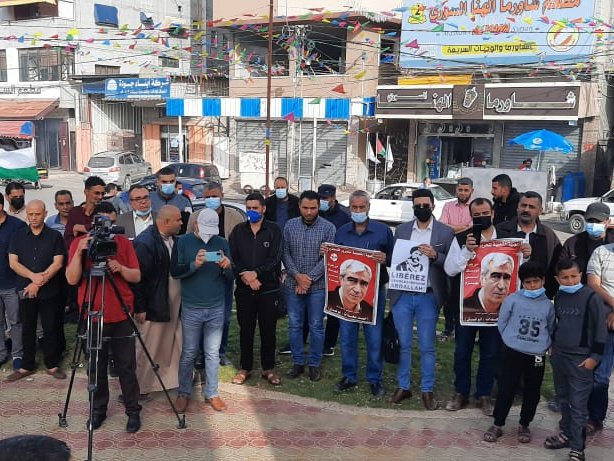 These events came amid a number of demonstrations and actions throughout occupied Palestine to mark Palestinian Prisoners’ Day. In Rafah, Gaza, Palestinians protested for the release of all Palestinian prisoners, highlighting the case of Georges Abdallah, imprisoned in France for the past 37 years. They also carried signs for the Collectif Palestine Vaincra, based in Toulouse, France, a member organization of the Samidoun Network.

There are more events and actions still to come as part of the Week of Action for Palestinian prisoners in cities and communities around the world. To learn more about these actions, endorse the week or add your own event, please visit the Call to Action.