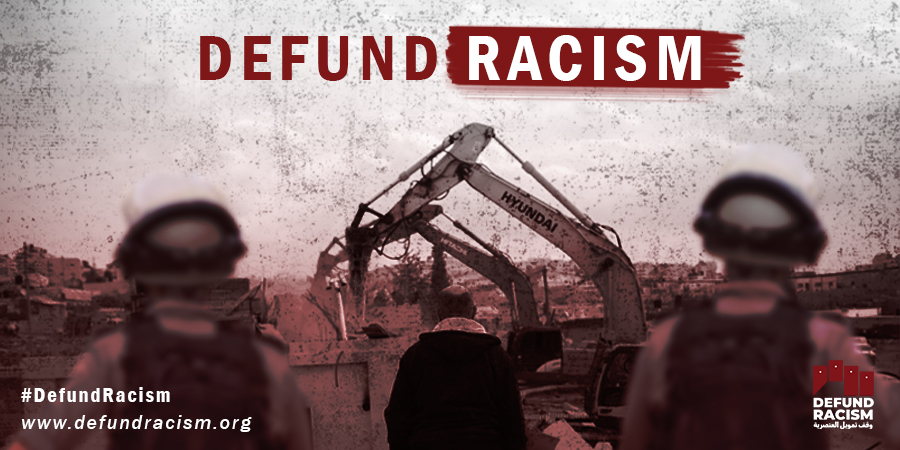 Over 150 Palestinian organizations, activists and municipalities launched the Campaign to Defund Racism, demanding that New York Attorney General Letitia James revoke the charitable licenses of multiple U.S.-based settler organizations headquartered in the state, all of which fundraise for and support illegal Israeli colonization in Jerusalem and the West Bank of occupied Palestine. Specifically, the campaign targets the Israel Land Fund, the Hebron Fund, Ateret Cohanim, Friends of Ir David (Elad), and Regavim.

These settler-funding organizations are propelling, among other colonial efforts, the colonization of Sheikh Jarrah, Silwan and al-Khalil (Hebron.) The Defund Racism campaign, which is endorsed by Samidoun Palestinian Prisoner Solidarity Network among many fellow supporters, is organizing a petition for people around the world to express their position on these organizations to NY AG James. Sign the petition at the Defund Racism website: https://defundracism.org/

On Tuesday, 27 July, the NY4Palestine Coalition, including Samidoun, Al-Awda New York, Within Our Lifetime and American Muslims for Palestine – NJ Chapter, will protest in Brooklyn outside AG James’ office, demanding an end to the recognition of these Zionist colonial fundraisers as New York charities. Protesters will gather at 4:30 pm at 55 Hanson Place in Brooklyn, and all supporters of Palestine and this campaign are invited to join.

To learn more about the campaign and find out how your group can get involved, the #DefundRacism campaign will hold a webinar with the Good Shepherd Collective on Wednesday, 28 July at 12 pm Eastern time (9 am Pacific, 7 pm Palestine time). Register on Zoom to join the webinar and become part of the campaign.