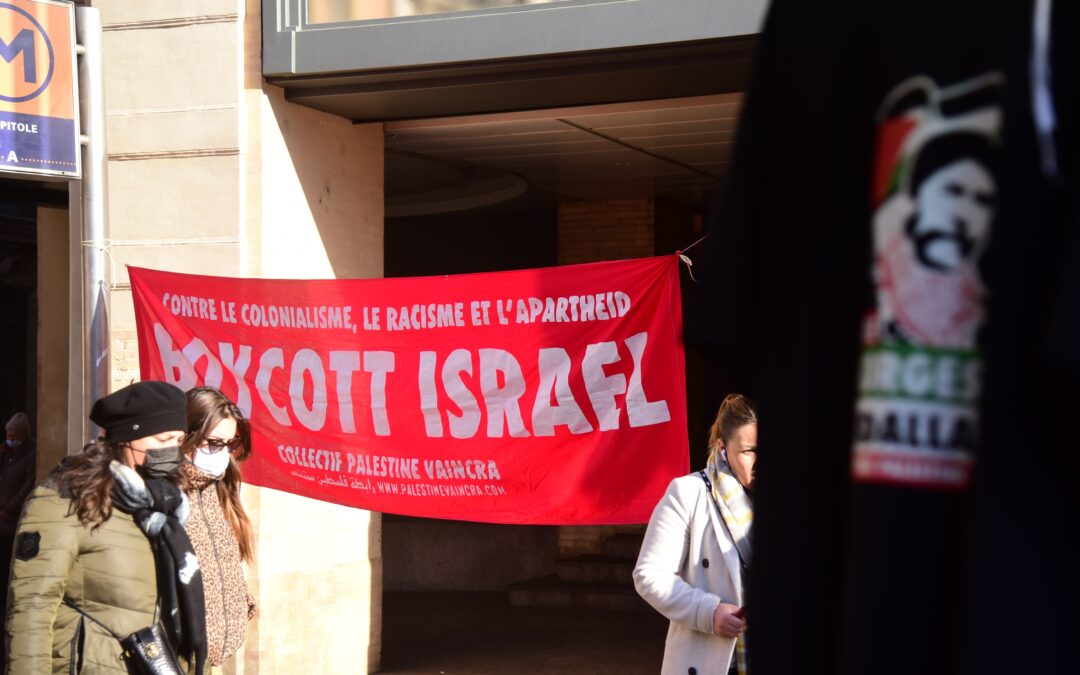 On Wednesday, 22 December 22, the Collectif Palestine Vaincra organized a Palestine Stand outside the Capitole metro station in Toulouse, France, under a beautiful winter sun. The slogan of the stand — “For Christmas, I’m boycotting Israel” — raised awareness among holiday shoppers out in the center city about the importance of boycotting Israeli corporations and the international companies that support and profit from colonialism, racism and apartheid.

The Collectif Palestine Vaincra is a member organization of the Samidoun Network. For over two hours, the Collectif set up an information booth, flying many Palestinian flags and a banner “Against Colonialism, Racism and Apartheid: Boycott Israel” as well as a large explanatory poster on the international campaign to boycott Israel.

In addition, organizers distributed hundreds of leaflets with the list of products to boycott and conducted numerous discussions with people interested in the Palestinian cause.

During the various speeches at the microphone, speakers invited passers-by to consume ethically during the end of the year celebrations by boycotting “made in apartheid” products. In particular, we denounced the Puma brand sponsorship of the Israeli Football Federation , including several teams in settlements in the occupied West Bank, and Hewlett Packard which equips the Israeli army. Upon learning about the Puma boycott campaign, one young man hurried to the stand to buy a Palestine t-shirt to put over his Puma sweatshirt and pledged never to buy the brand again. This is just one example among many supporters of Palestine and the boycott who visited the stand. 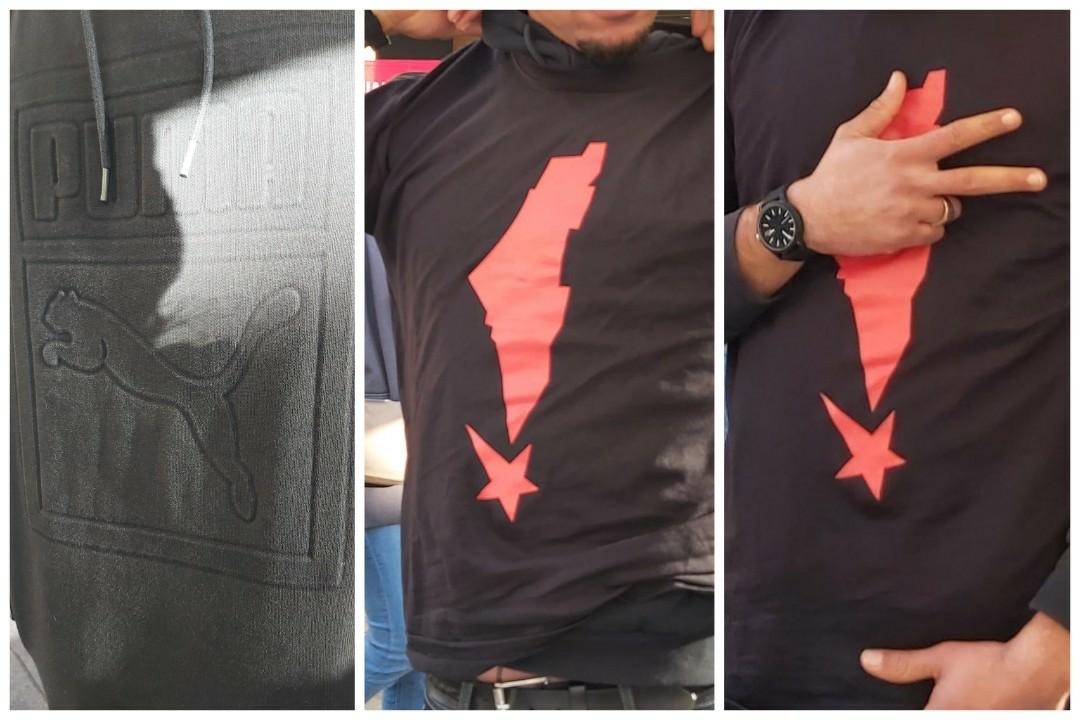 At the same time, dozens of people took photos proudly displaying a sign “For Christmas, I want a free Palestine” highlighting their solidarity with the Palestinian people who have resisted colonization for more than 70 years.

This Palestine Stand in the heart of downtown Toulouse was a success, especially as it took place despite a relentless campaign by some pro-Israel organizations which have tried in vain to censor us. 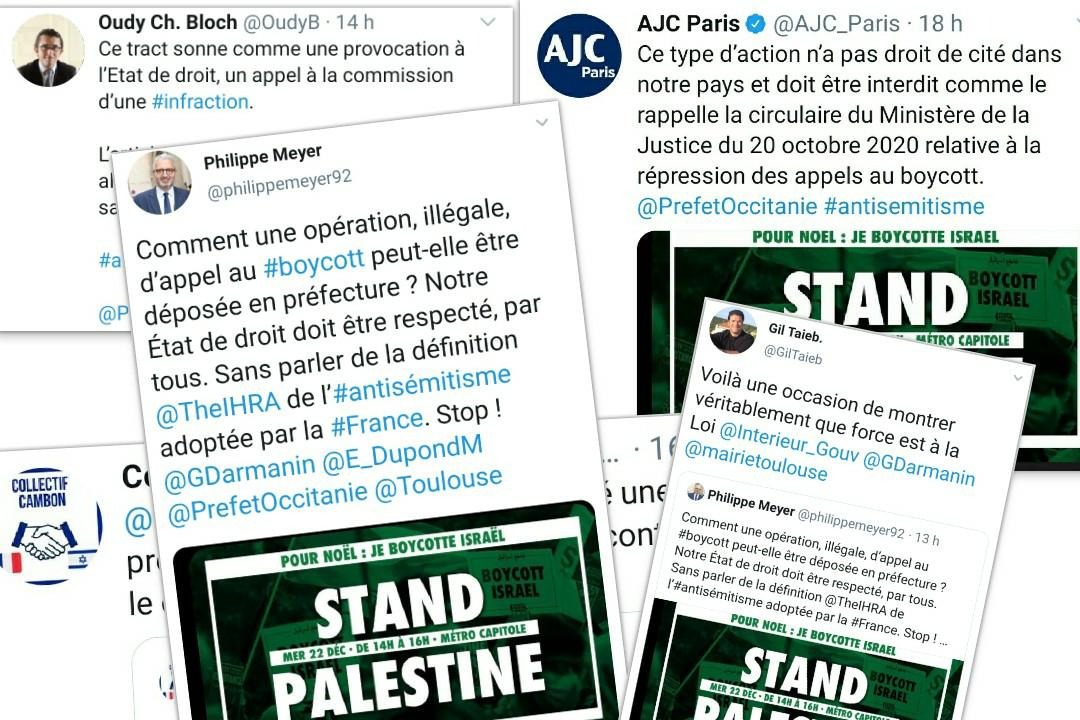 In their campaign for silencing, they were able to count on shameful declarations of support from the municipality of Toulouse and then from Sylvain Maillard, member of the National Assembly from French President Emmanuel Macron’s LREM party and ardent defender of Israeli apartheid , who called for the French government to officially dissolve the Collectif on the Israeli I24News channel.

The Collectif Palestine Vaincra affirms: Faithful to our anti-colonial and anti-racist commitments, we will not give in to this intimidation and we will continue our solidarity with the struggle of the Palestinian people and their legitimate resistance until the liberation of Palestine from the river to the sea!

Every month, the Collectif Palestine Vaincra organizes stands in different parts of Toulouse to support campaigns for the Palestinian people and their resistance for the liberation of Palestine from the river to the sea. Contact the Collectif to get involved, or reach out to Samidoun Network to get involved in your local area outside of France.