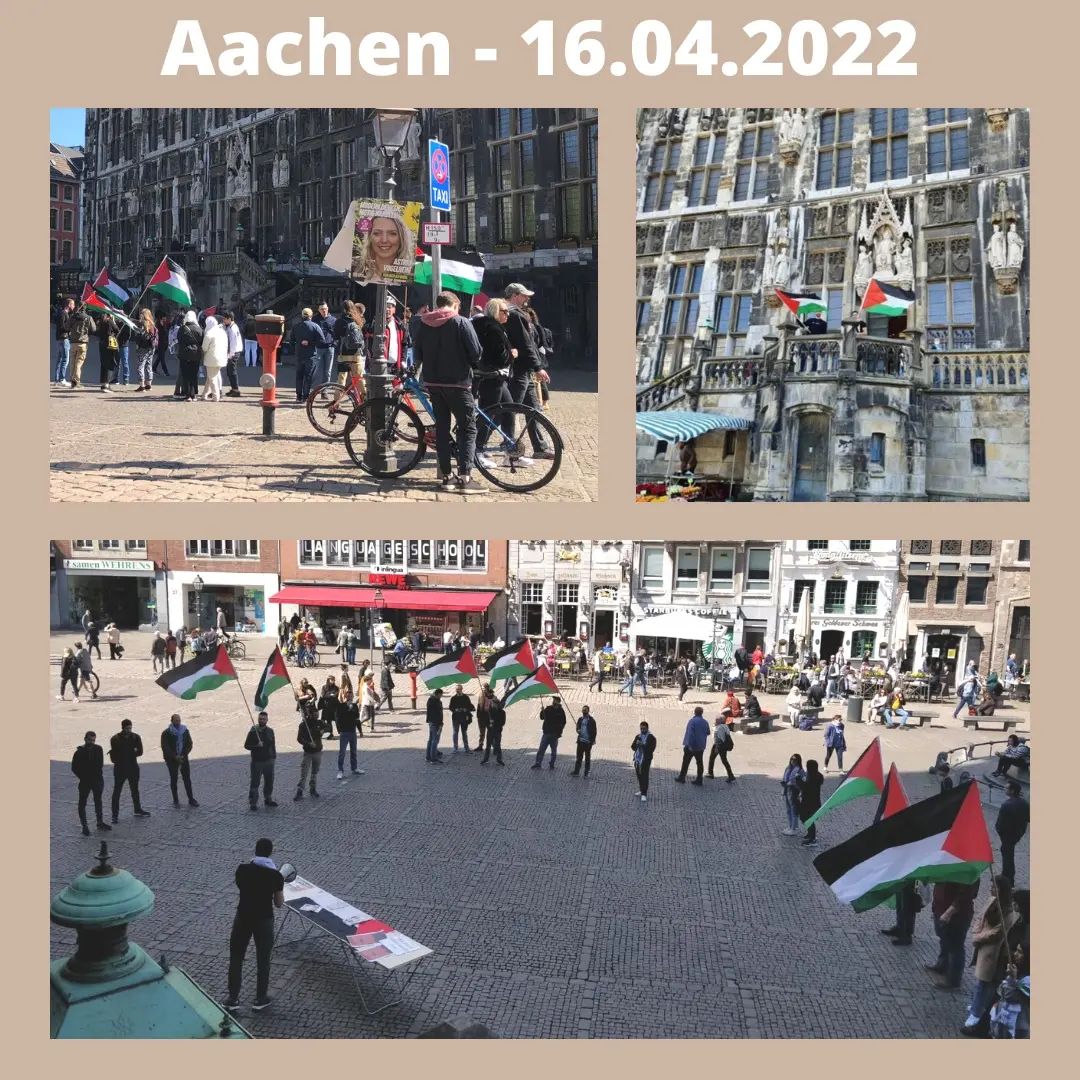 At the rallies, participants distributed leaflets about the suffering and the struggle and leadership of the Palestinian prisoners in the prisons of the Zionist occupation. Speakers highlighted the cases of the over 530 administrative detainees and their complete boycott of the military courts since 1 January 2022. They also discussed the struggle of the student prisoners and imprisoned Palestinian women and highlighted the suffering of child prisoners like Ahmed Manasra and Amal Nakhleh. Speakers also called for freedom for the Arab and international prisoners jailed for supporting the Palestinian resistance, like Georges Ibrahim Abdallah in France and Fusako Shigenobu in Japanese prisons.

Participants also highlighted the hypocrisy and double standards of European governments, comparing their expressed positions on Ukraine to their complete disregard and, in fact, clear opposition to the Palestinian people’s struggle. This is particularly clearly illustrated by the ongoing repression of Palestinian organizing in these countries, which claim to be champions of freedom. Demonstrators in Frankfurt expressed their solidarity with the Collectif Palestine Vaincra, banned by French President Emmanuel Macron after repeated calls by Zionist organizations aligned with the far right. 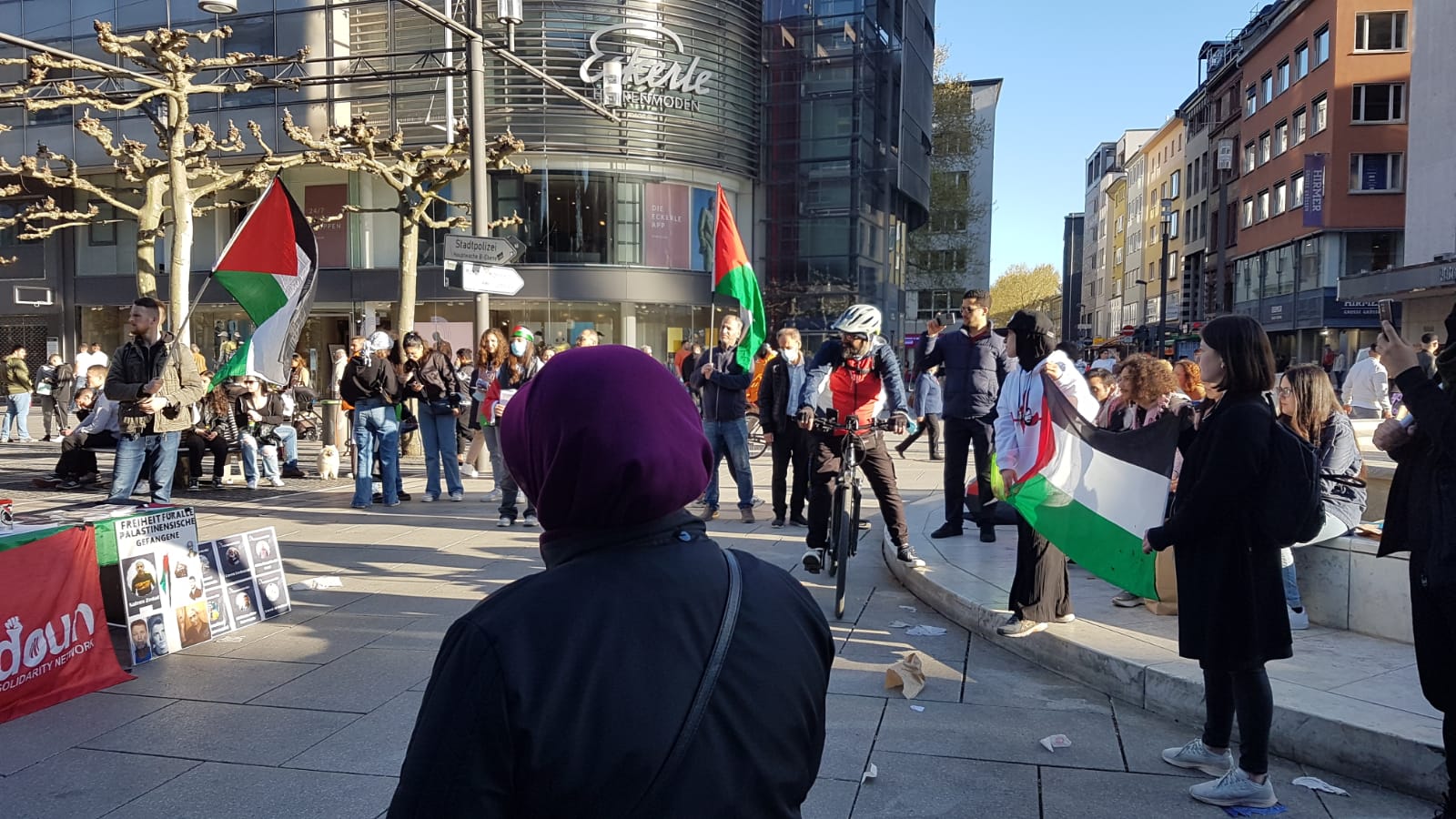 The speaker representing Samidoun noted that: “On Palestinian Prisoners’ Day and amid these days in struggle for Palestine, in Samidoun we stand with the resistance that built a freedom tunnel for liberation, that defends the Jenin camp against invasion, that opposes colonization in al-Naqab and that fights for freedom in Gaza, marching on the border for return from Lebanon and Syria and organizing in Berlin, New York, Sao Paulo, Madrid, London, Toronto and Paris for the liberation of Palestine from the river to the sea.” 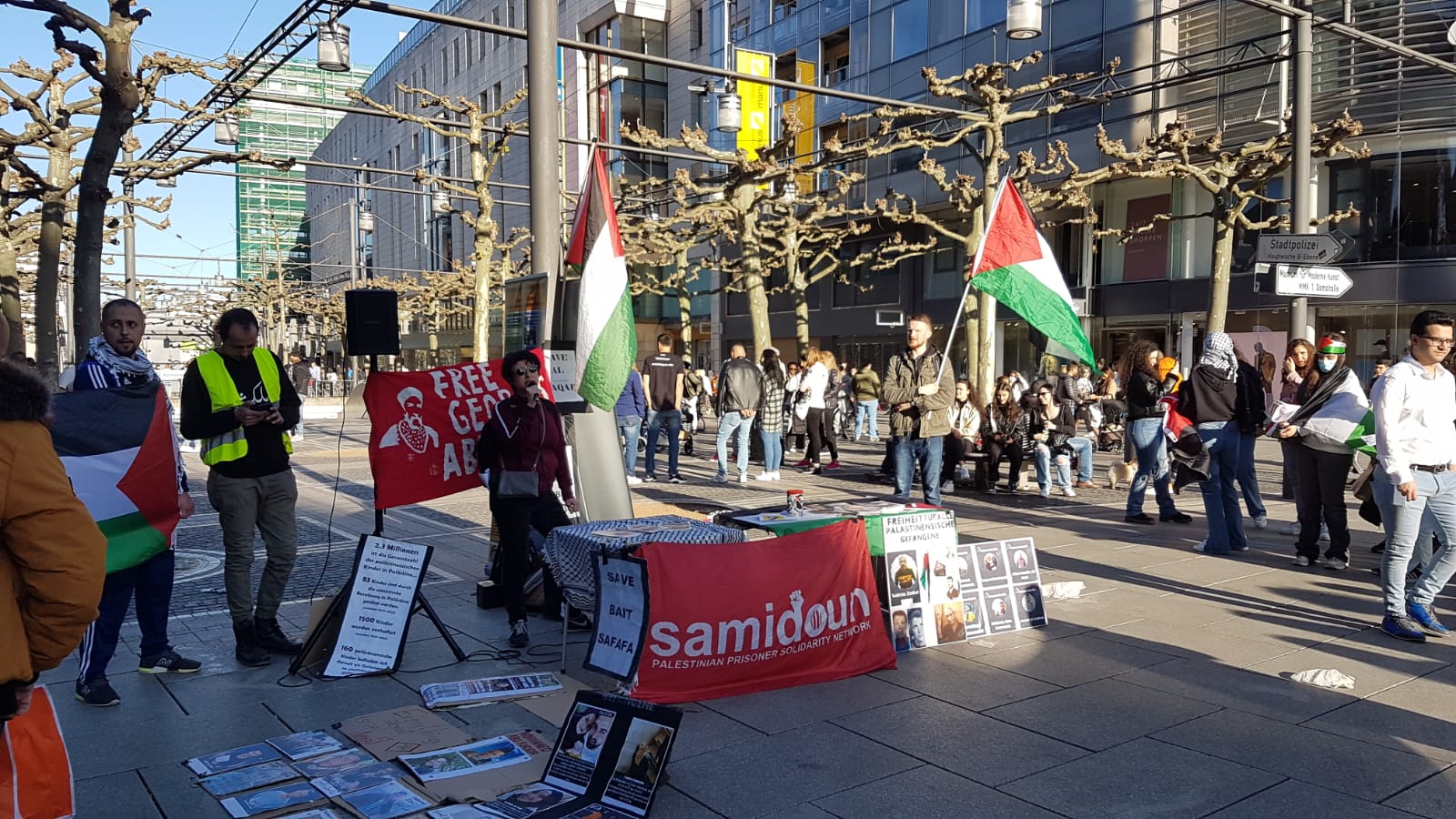 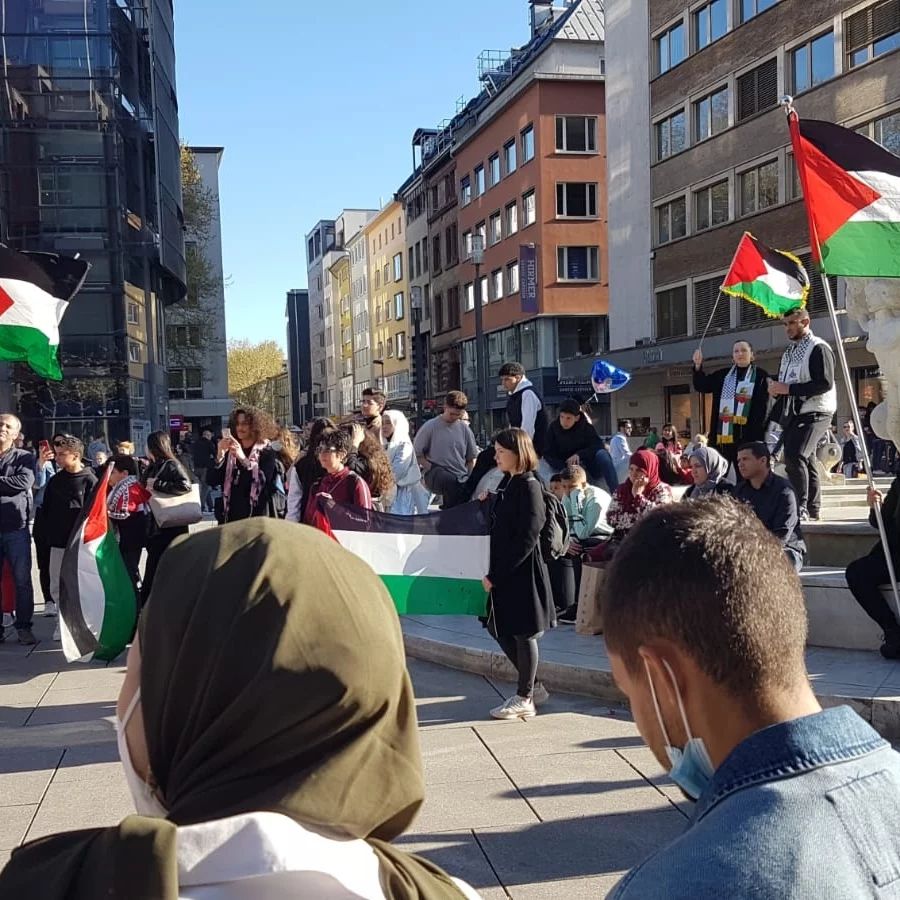