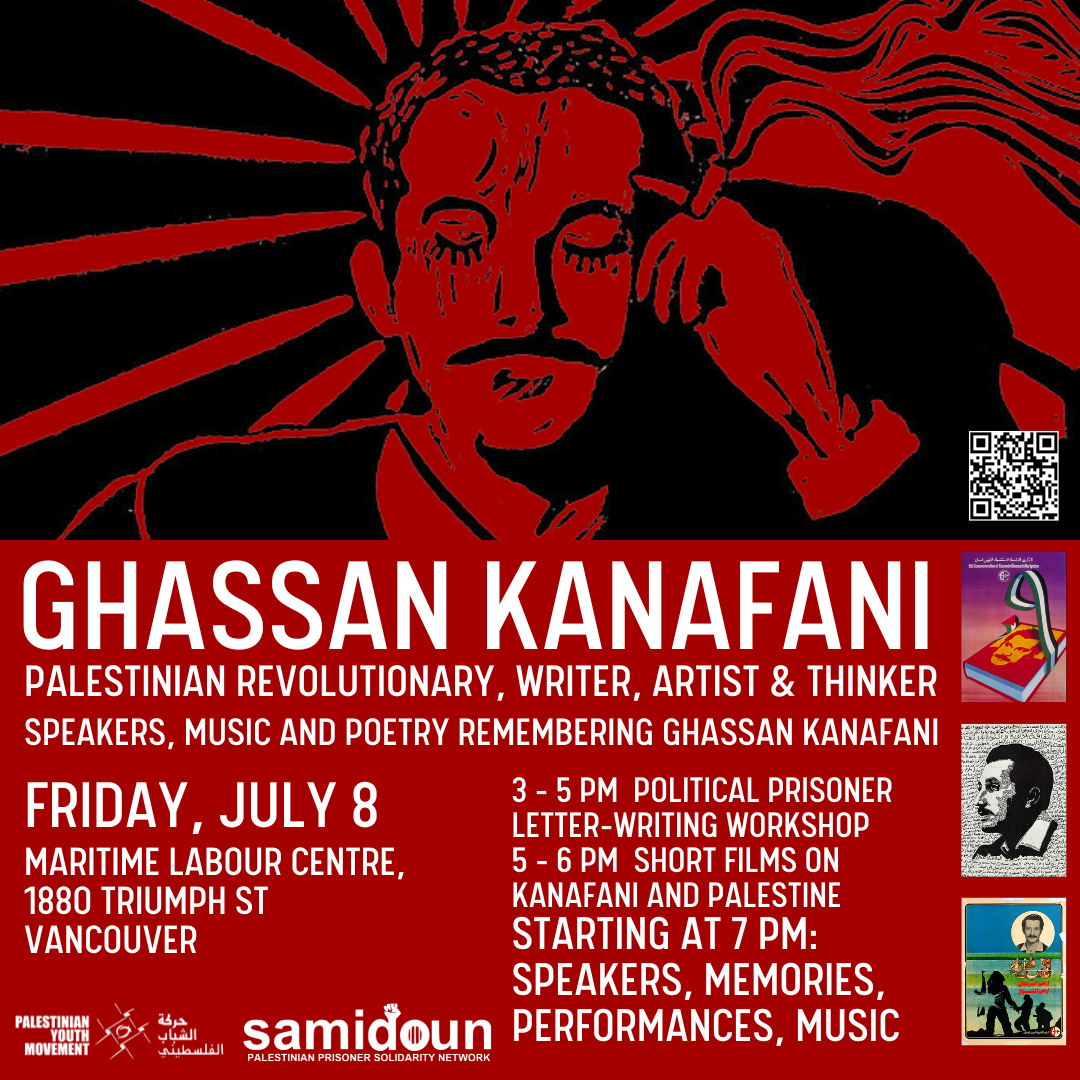 8 July 2022 will mark the 50th anniversary of the assassination of Ghassan Kanafani, a political and cultural icon of the Palestinian resistance and the Palestinian people.

On 8 July 1972, Kanafani, the Palestinian revolutionary writer, was assassinated by a car bomb placed by the Mossad outside his home in Beirut, together with his niece, Lamees Najm.

This anniversary is a time to celebrate Palestinian revolutionary and resistance arts inside and outside Palestine, highlight the struggles of the prisoners’ movement inside Zionist and imperialist prisons and organize for international solidarity with the Palestinian cause, for liberation and return to Palestine, from the river to the sea. It is a time to revel in the inherent interconnection between uprisings for anti-colonial liberation and the creative spirit, which Kanafani seamlessly embodied throughout his life and thought. To fight for freedom, to refuse to succumb to the subjugation of Zionist settler-colonialism is a deeply creative process, requiring the negation and dismantlement of the extant, oppressive order, and the bold lucidity to imagine what awaits us after.
Join us for an evening of action, music, discussion and resistance in honour of Kanafani’s legacy and ongoing revolutionary example.

This event is taking place on the unceded and occupied territories of the Sḵwx̱wú7mesh (Squamish), Səl̓ílwətaʔ/Selilwitulh (Tsleil-Waututh) and xʷməθkʷəy̓əm (Musqueam) peoples. The organizers stand in full solidarity and support of Indigenous sovereignty and self-determination and with the ongoing movements to defend land, water and Indigenous peoples from plunder and settler colonialism.