Home News Mona Qa’adan’s sentence reduced to 41 months, will be released next month 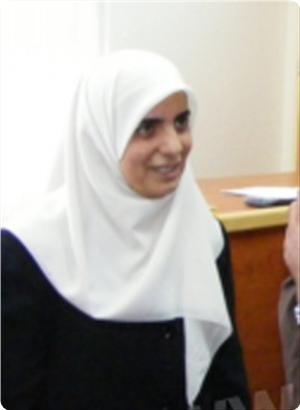 The sentence of Palestinian prisoner Mona Qa’adan was reduced from 70 months to 41 months at the Ofer military court on 9 March. Qa’adan’s sentence was imposed by the Salem military court last year; in addition to the 70-month sentence, she received a 24-month suspended sentence and was fined 30,000 NIS. At the time, Qa’adan’s family reported that the Israeli Attorney General had previously stated her sentence would not exceed 36 months, but the military court sentence – and exorbitant fine – nearly doubled that sentence.

Qa’adan, from Arraba, near Jenin, was arrested from her home on 13 November 2012. The Israeli military courts held 25 hearings over nearly 3 years in her case, denying her family visits the entire time. She was charged with membership in Palestinian Islamic Jihad and running a women’s organization alleged to be connected with Islamic Jihad. Her brother Tariq is a former prisoner himself, and her fiancee, Ibrahim Aghbarieh, is also imprisoned in Israeli prisons.

Due to the reduction in her sentence, Qa’adan will be released in one month.