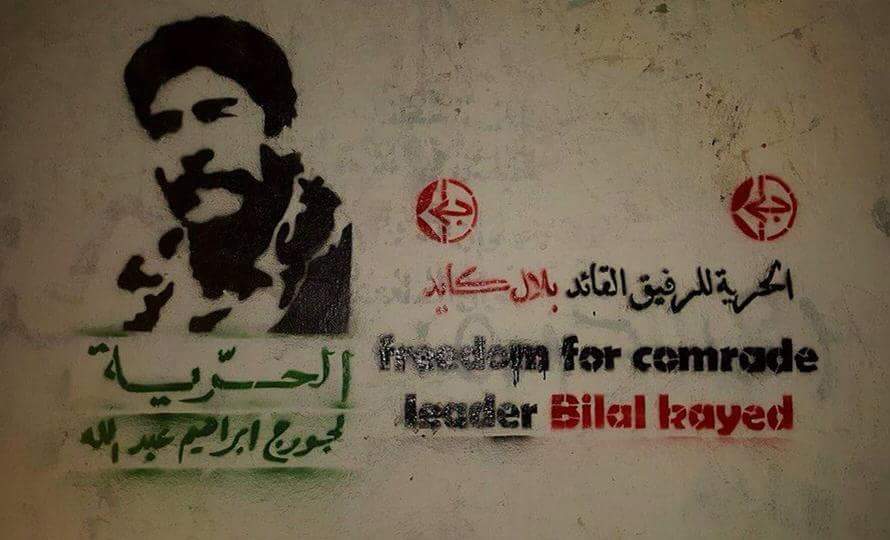 Palestinian prisoners are escalating their steps of protest today, 19 July, demanding freedom for hunger-striker Bilal Kayed, on his 35th day of hunger strike against his administrative detention without charge or trial. Kayed, 35, was ordered to six months in administrative detention on 13 June, upon the completion of his 14.5 year sentence in Israeli prisons; he began his hunger strike on 15 June in the case that has drawn wide support from fellow Palestinian prisoners, who view it as a dangerous precedent.

Eleven Palestinian prisoners, comrades of Kayed’s in the Popular Front for the Liberation of Palestine, held in the Negev desert prison, have announced that they will join 45 fellow prisoners in Ramon, Ofer, Eshel and Gilboa prisons on open-ended hunger strike to demand Kayed’s freedom.

Kayed is currently being held in Barzilai hospital, shackled hand and foot to his hospital bed and subject to intense surveillance, cameras, alarms, and numerous guards preventing access to him, including four prison guards in his room at all times. He is consuming only water and refuses salt supplements, vitamins, or medical examinations. He was transferred to the hospital with severe deterioration of his health condition, including a large loss of body weight, dizziness, inability to walk or sleep, and intense joint pain.

Shadi Ma’ali, a Palestinian refugee from Dheisheh camp and one of the prisoners who is beginning his strike today, is one of the participants in the 2015 40-day hunger strike against administrative detention. Despite the conclusion of the strike with an agreement for a terminal order of detention against him, his detention has been extended multiple times by order of the Israeli occupation.

Prisoners from all factions in Nafha prison will also refuse meals today, 19 July, and close all of their sections from the early morning, refusing to participate in roll call, to demand freedom for Bilal Kayed and support fellow hunger strikers against administrative detention. 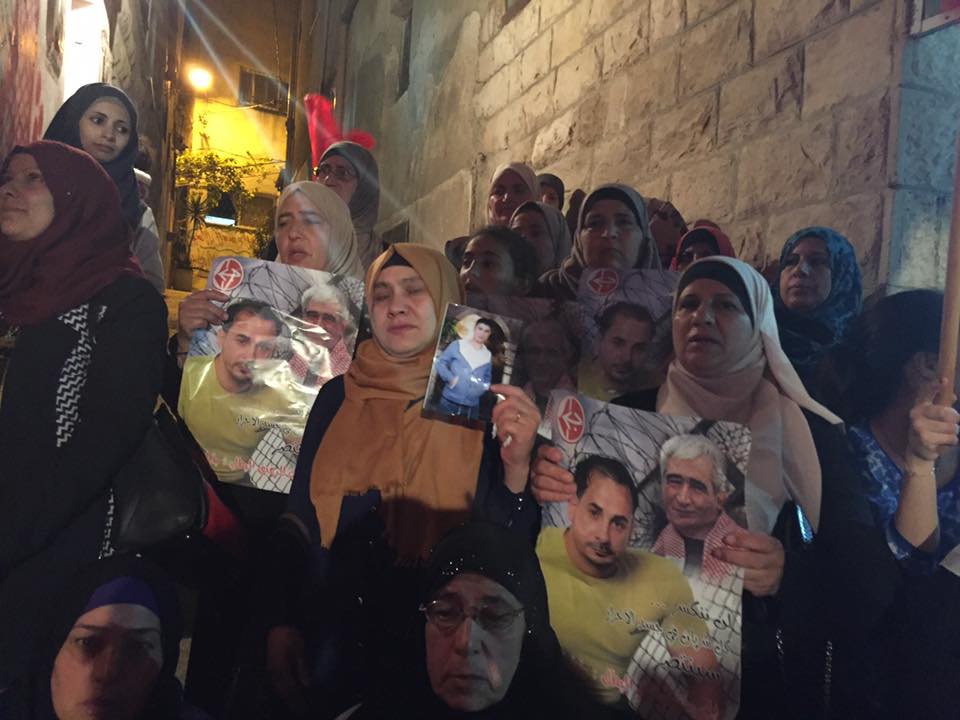 Last night, former hunger strikers Khader Adnan and Mohammed al-Qeeq – as well as Fayha Shalash, al-Qeeq’s wife and a Palestinian journalist –  joined Kayed’s family and a large number of people in Asira al-Shamaliya village to demand freedom for Kayed and the release of the bodies of Palestinians killed by Israeli forces, held “prisoner” and denied burial by occupation forces. 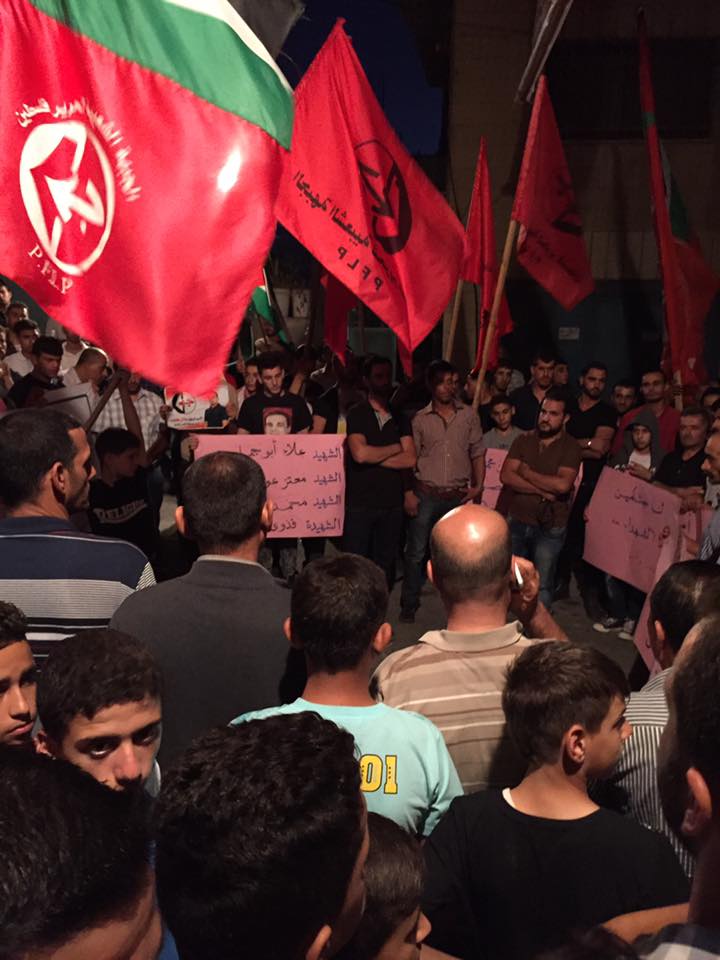 Another large rally in Dheisheh refugee camp for Kayed’s freedom was followed hours later by the invasion of the camp and the arrest of former hunger striker Ghassan Zawahreh, whose brother Moataz was slain by occupation forces in October 2015. 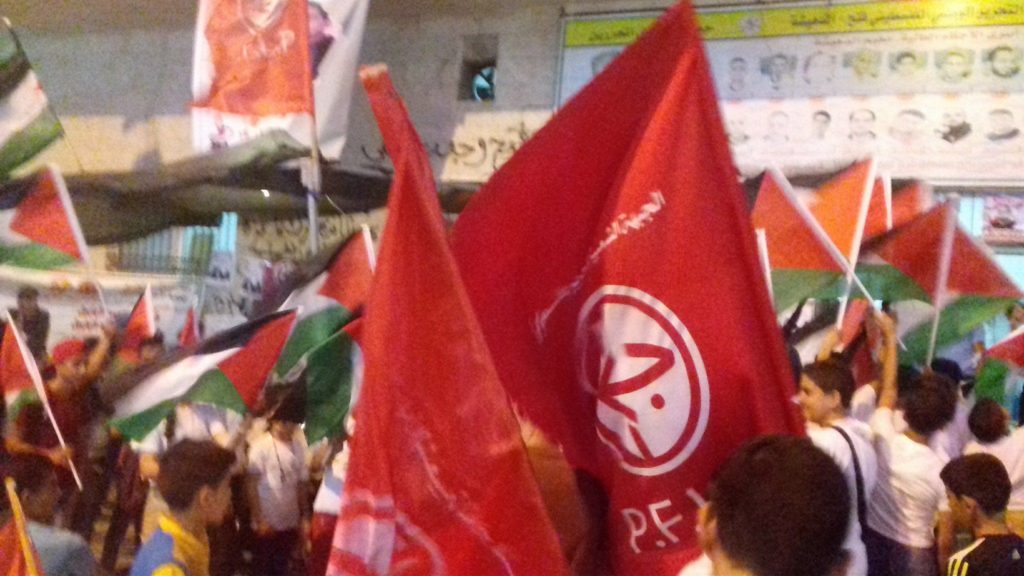 Similar actions are planned to take place in escalating protest throughout Israeli prisons. Over 150 Palestinian and international organizations have joined the call for freedom for Bilal Kayed, with events and protests demanding Kayed’s freedom taking place in cities throughout Palestine and around the world. Protests for the freedom of Bilal Kayed are scheduled to take place today in Ramallah, Bethlehem and Gaza. Other demonstrations will take place on Wednesday in Nazareth and Umm al-Fahm, with further events in New York City and Brussels on 21 and 22 July. 20-30 July will be ten days of international action for Kayed’s release and in support of the growing collective hunger strike and prisoners’ movement protest.