Palestinian prisoner Mohammed al-Jallad, 24, died on Friday, 10 February at Beilinson Hospital; he had been shot by Israeli occupation forces on 9 November 2016 at the Huwwara military checkpoint near Nablus.

Only days after the death of al-Jallad, Ibrahim Awad, 16, the brother of Jaafar Awad, 24, who died in April 2015 shortly after being released from Israeli prison with severe medical conditions and whose case brought sharp focus on the medical mistreatment of Palestinian prisoners, was seized by Israeli occupation forces from the village of Beit Ummar near al-Khalil.

Ibrahim also spent 24 days in Israeli jails four months ago and paid a fine of 5,000 NIS (~$1250). Ibrahim’s father spoke to Asra Voice radio, saying that the families of Palestinian martyrs and prisoners were regularly targeted by occupation forces for further arrest and persecution.

Jaafar Awad’s case highlighted medical neglect and ill-treatment of Palestinian prisoners in Israeli jails. Awad, who had diabetes, was administered incorrect insulin shots in Eshel prison after his arrest in November 2013, said his father. He lost the ability to speak or walk and developed heart and pancreas disease. Despite this, he was denied early release for months and received inadequate health care until he was finally released on 21 January 2015 with a high fine of 40,000 NIS ($10,200 USD). He was accused of “membership in a prohibited organization” and had been neither tried nor sentenced. He had developed acute pneumonia. Following his release, his family sought international treatment for his case, yet Israeli occupation authorities refused to allow his international travel; he was also denied permission to travel to the Israeli Hadassah hospital before his death in al-Khalil’s Mizan hospital on 10 April 2015. After the mass funeral march for Awad, his cousin Ziad Awad, 29, was shot dead by Israeli occupation forces who fired on the protest after the funeral march with live ammunition. 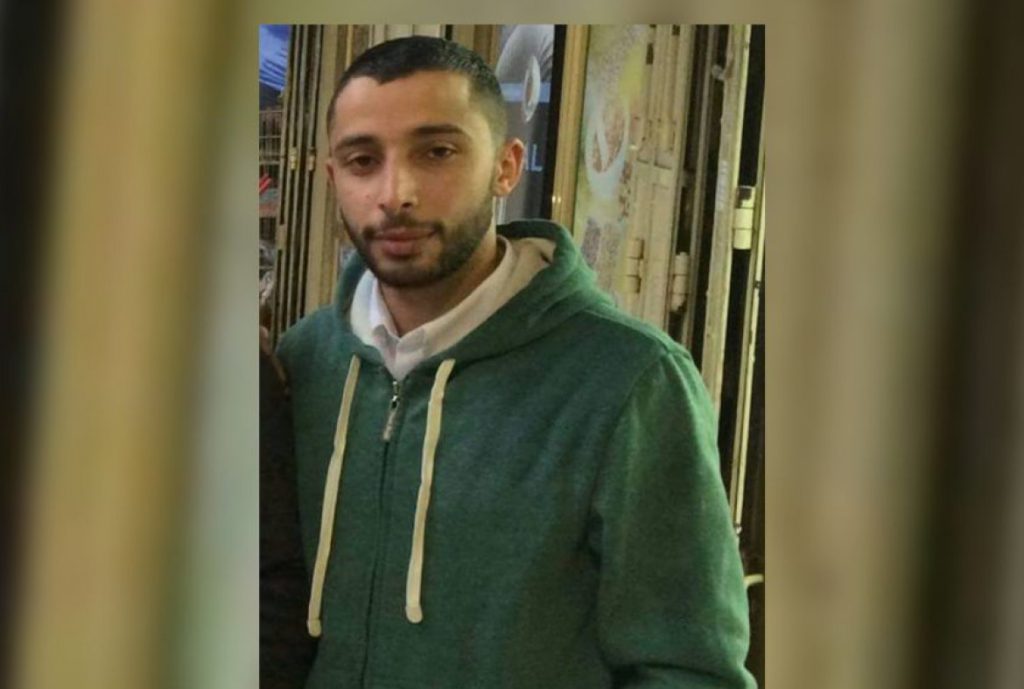 Meanwhile, imprisoned Palestinian Jerusalemite Nazmi Azmi Muhyiddin al-Daqqaq, 28, was transferred to the Haddassah hospital for treatment after the drastic deterioration of his health. Seized by occupation forces on 20 January 2017 and accused of intending to carry out a resistance operation, he was taken to interrogation. However, no charges against him were ever proved or filed and he was instead ordered to three months in administrative detention without charge or trial. His mother and sister were forbidden from visiting him in the hospital on 12 February and his lawyer was told he may be transferred to the Ramle prison clinic to complete his treatment.

In addition, Palestinian child prisoner Ahmed Kaddour, 15, from the town of Beitunia near Ramallah, continues to suffer from a poor health situation and needs immediate release for treatment, said Palestinian lawyer Louay Akkeh of the Prisoners Affairs Commission.  He suffered from leukemia three years ago and continues to have seizures caused by epilepsy; he is not receiving appropriate medical treatment, Akkeh emphasized. Ahmed was arrested on 2 January by occupation forces who beat him with fists and rifle butts and was subjected to ongoing harassment, ill-treatment and humiliation.

Palestinian prisoner Rami Breish also continues to suffer due to medical neglect, said Palestinian lawyer Karim Ajwa. From the Amari refugee camp near Ramallah, Breish has been imprisoned since 2003 and suffers from a number of health issues, including an accelerated heartbeat and repeated ear infections and hearing loss in his right ear. Ajwa noted that Breish emphasized the continued suffering caused by the use of the “Bosta” to transfer ill prisoners for medical tests, with the transfer taking almost 24 hours to complete due to repeated stops and removals.