Home News Imprisoned comrades of Basil al-Araj to be on trial in PA court... 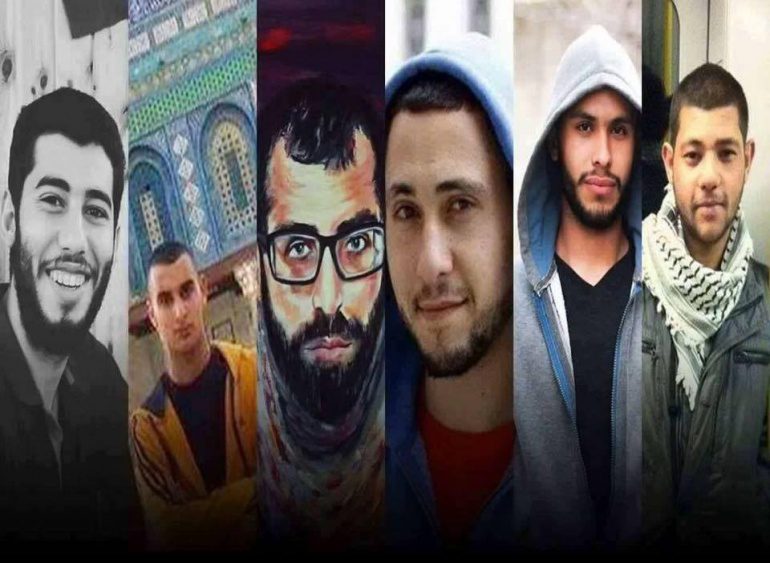 The trial is scheduled for 19 October despite the fact that four of the five young men are held without charge or trial by the Israeli occupation under administrative detention orders: Seif al-Idrissi, Mohammed Harb, Haitham Siyaj and Mohammed Salameen. The fifth young man, currently not imprisoned, is Ali Dar al-Sheikh. The case against the five was postponed at a court hearing on 11 June due to their imprisonment in Israeli prison; this followed an earlier hearing only weeks after the assassination of al-Araj, which was met with large protests outside the court in protest of the ongoing charges against both the slain al-Araj and his comrades that were viciously attacked by PA security forces. Charges against al-Araj were dropped because of his death.

The five youth are charged with “possessing a weapon without a license,” and the PA prosecutor’s office is continuing the trial despite the recommendations of the commission of inquiry into PA security forces’ attack on Palestinian demonstrators outside the courthouse in March. The commission urged that the charges be dropped and the case be cancelled, particularly noting that four of the five are jailed without charge or trial under Israeli administrative detention.