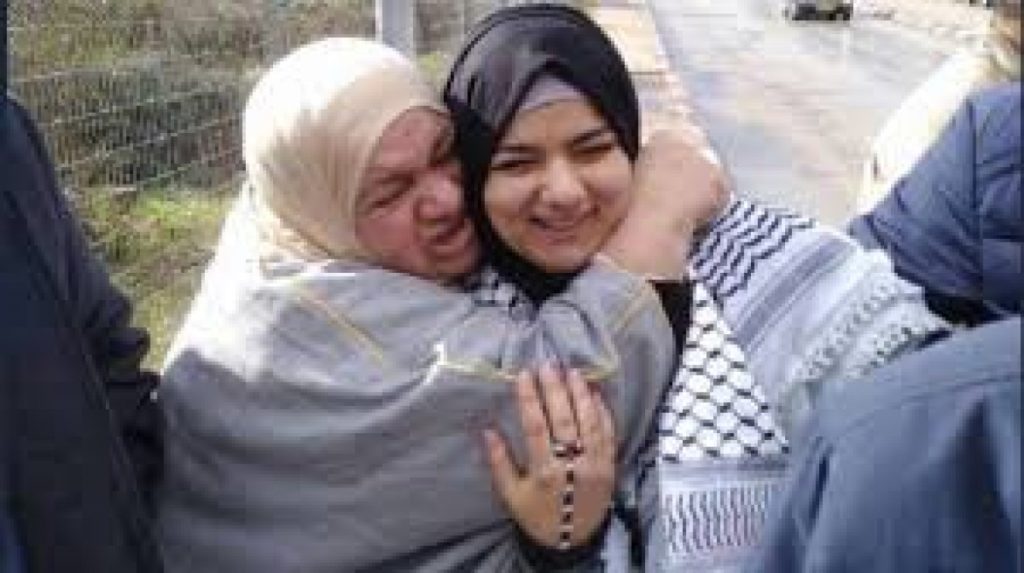 Released Palestinian child prisoner Marah al-Jaidi, 16, had an interview with Asra Voice Radio in Palestine after her release on Monday, 1 January. Speaking about the conditions for Palestinian prisoners, especially the women and girls held in HaSharon prison, she emphasized that they are demanding their freedom and must be supported.

The prisoners suffer from very harsh and difficult conditions, Marah said, especially inside the “bosta” bus used for transporting prisoners, which takes hours and even days due to frequent stops, is uncomfortable and harmful to the sick prisoners and where the Palestinian political prisoners, including child prisoners, are combined with Israeli “criminal” prisoners who often subject the Palestinians to racist abuse.

She said that many of the prisoners do not communicate with lawyers and are barred from family visits by the prison administration. She urged the world to act to release the child prisoners, of which there are more than 300 held in Israeli prisons, including Ahed Tamimi, 16, the youth activist targeted for arrest from the village of Nabi Saleh, and children arrested from the age of 12 years old, like Shadi Farrah.

Marah, from Qalqilya, was imprisoned for nearly one year; she was seized on 29 January 2017 and accused of possession of a knife and intention to carry out a stabbing against occupation soldiers.