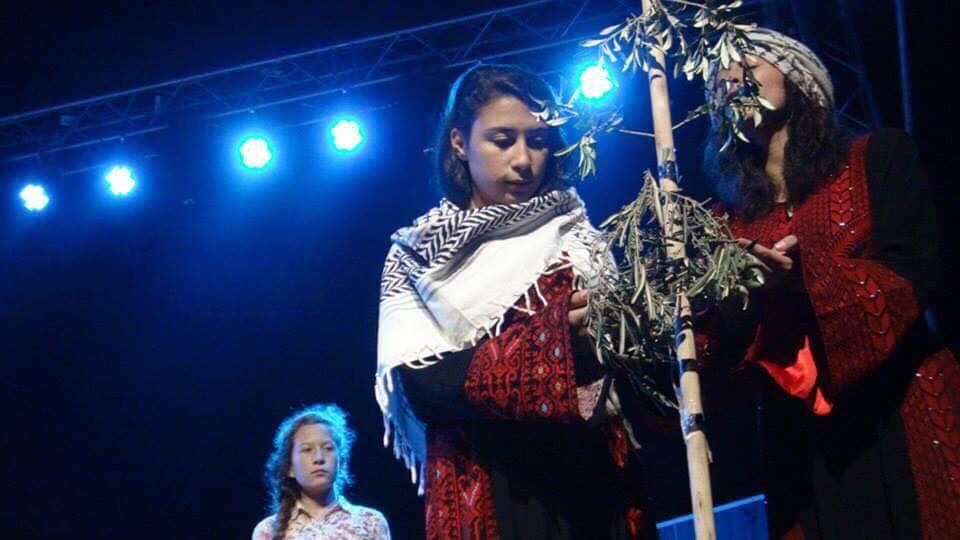 Nour Tamimi, the cousin of Ahed Tamimi who was scheduled to be released on bail today after being charged by an Israeli military court on 1 January, instead remains imprisoned after occupation military prosecutors appealed her release.

According to Naji Tamimi, Nour’s father, the military prosecution filed the appeal on 2 January, minutes before Nour was to be released; a military appeals court hearing will be held in the coming days. Nour, 21, was seized by occupation forces a day after Ahed and her mother Nariman; she is charged with Ahed for confronting occupation soldiers on their family’s land outside their home in the village of Nabi Saleh shortly after their cousin Mohammed, 14, was shot in the head with a rubber-coated metal bullet by occupation forces, critically injuring him.

Nour, Ahed, Nariman and the rest of the Tamimi family are leaders in the Palestinian indigenous anti-colonial popular resistance and land defense movement in Nabi Saleh, a village of 600 Palestinians targeted and encircled by the illegal Israeli settlement of Halamish, which has stolen the village’s land and even its spring.

Samidoun Palestinian Prisoner Solidarity Network denounces the ongoing imprisonment of Ahed, Nariman, Nour and Manal Tamimi, among over 500 Palestinians arrested by Israeli occupation forces following U.S. President Donald Trump’s declaration of recognition of Jerusalem as the capital of Israel. Issa Qaraqe of the Palestinian Prisoners Affairs Commission stated that approximately half of those detained, like Ahed, Abdul-Khalik Burnat and Fawzi al-Junaidi, are children. There are hundreds of Palestinian children jailed by Israel and frequently subject to beatings, abuse, and interrogations without parents or lawyers present in violation of the law. We urge people of conscience around the world to take action to demand freedom for Ahed and her fellow detained and jailed Palestinian children in occupation detention centers, interrogation centers and prisons – and for the Tamimi women and all detained and imprisoned Palestinians.