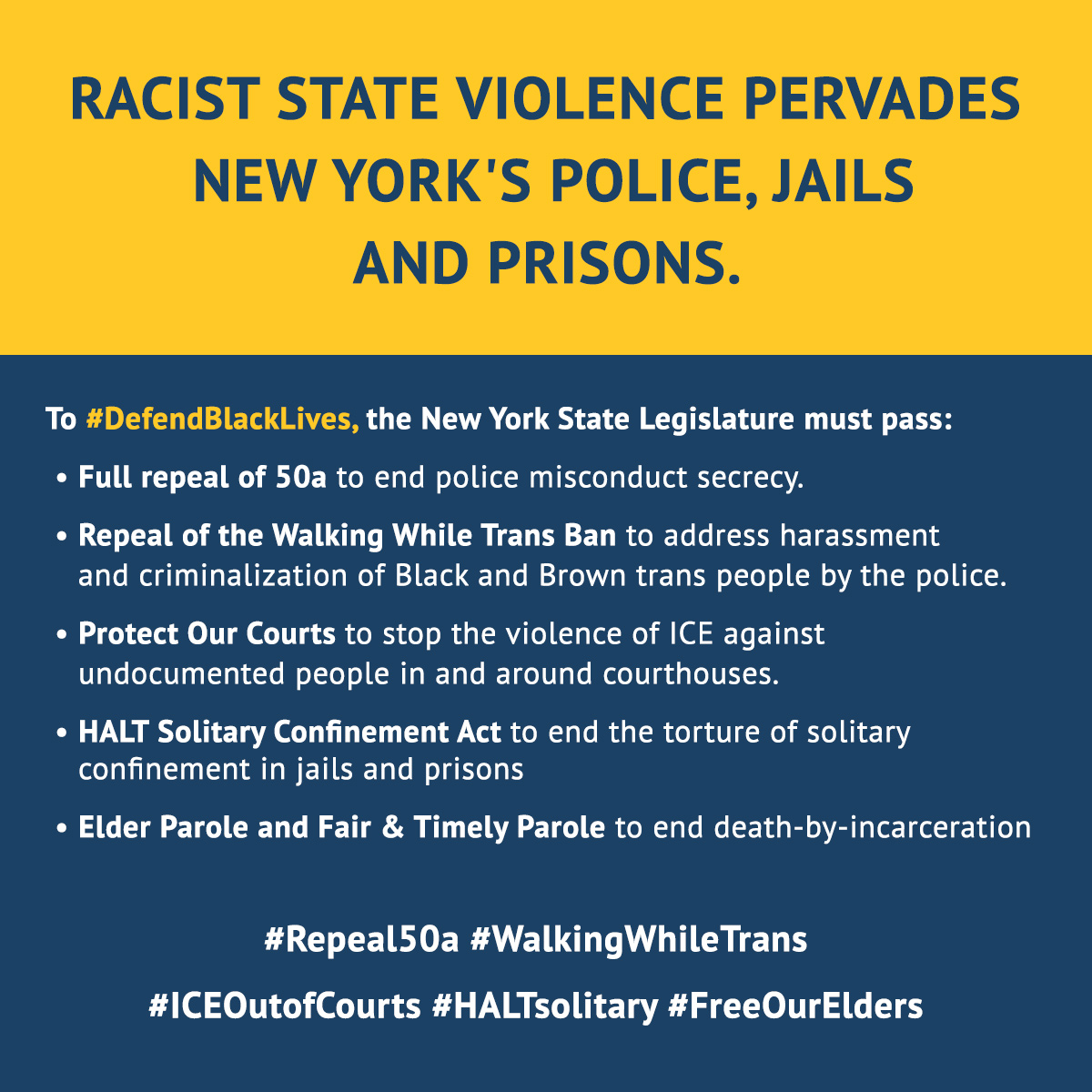 “People across the world are witnessing the pain of hundreds of years of Black subjugation,abuse, and murder at the hands of the state. We’ve seen the lives of George Floyd, Breonna Taylor, and Tony McDade and countless others taken by law enforcement. But the deaths and violence don’t stop at police interactions. They are perpetrated against Black people in jails and prisons across New York and have taken the lives of Layleen Polanco, Benjamin Smalls, Kalief Browder, and too many others. The system that purports to “protect” and uphold “public safety” has instead subjugated, dehumanized, and murdered Black people for centuries.

We need bold and immediate change that will pull power away from the system that has made clear that Black lives, Black pain, Black existence, and Black humanity do not matter. To that end, we are calling on you to do what is right and address racist state violence from policing to courts to jails and prisons.”

Read the full letter below or at the Release Aging People in Prison (RAPP) website: http://bit.ly/state-violence