Samidoun Palestinian Prisoner Solidarity Network stands in full support of all efforts to free Black Liberation political prisoners from U.S. jails, including Jalil Muntaqim, currently suffering from COVID-19 due to his continuing imprisonment. Despite his vulnerability, New York State officials worked to block his release on medical grounds and keep him in prison despite an order for his release – and he contracted COVID-19 as a result.

We are sharing the campaign below for a commutation of Jalil Muntaqim’s sentence, issued by The Jericho Movement, and urge all supporters of justice in Palestine and around the world to join in these efforts to free imprisoned Black freedom fighters in the U.S. 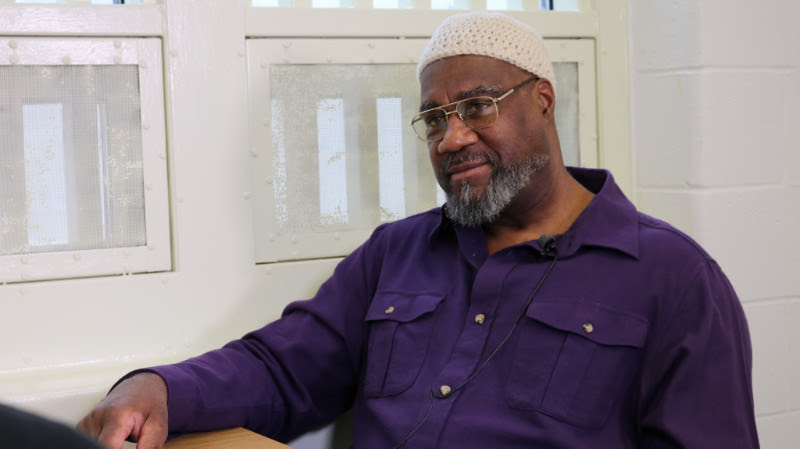 Jalil Muntaqim Back in Sullivan Infirmary
Recuperating from Covid-19

For months, public health experts, faith leaders, Congress members, and hundreds of others have warned NYS officials that the prisons are potential death traps in the COVID-19 pandemic. Recognizing this, a New York State judge on April 27th ordered Jalil’s temporary release from Sullivan Correctional Facility in Fallsburg, NY, based on his extreme vulnerability to the virus. Jalil is 68 years old and suffers from serious chronic health conditions that can make COVID-19 deadly.

However, NYS Attorney General Letitia James, acting on behalf of NYS DOCCS Commissioner Anthony Annucci, appealed the ruling, blocking Jalil’s release and forcing him to remain in prison. Just as we feared, Jalil, who was ordered released a month ago, eventually contracted COVID-19. Jalil became ill on May 22nd and was taken to Albany Medical Center on May 25th.

Thanks to Jalil’s supporters, various articles about this case were written:

On June 4, 2020, the Appellate Division, Third Department issued a decision regarding Jalil’s habeas petition, originally granted by Judge Stephan Schick of the Sullivan County Supreme Court. The lower court’s decision was reversed and the petition dismissed. We are free, as the decision acknowledges, to file a new writ, but this sets a terrible precedent statewide and also ends this lawsuit.

That same evening, NYC Jericho received a call from our beloved brother Jalil. He is back at Sullivan C.F. in isolation in the infirmary. Jalil is still weakened by the virus and is slowly recovering. He reports that one of his lungs, his kidneys and his liver were affected by the virus, according to medical exams.

Jalil informed us that his request for medical parole was denied. He received notification of this on May 30th. He requests that we continue our campaign to Governor Cuomo for commutation of his sentence to time served.

After the last parole hearing and denial, pursuant to NYS Constitutional Article IV, Section 4, Jalil filed an Application to Commute the Sentence to Time Served with NYS Governor Andrew M. Cuomo. Governor Cuomo has the authority to grant the Application and order Jalil’s immediate release from NYS DOCCS custody.

Since the Application’s submission it has been revealed that the NYS Board of Parole had a “secret deal” with the NYC Police Benevolent Association (PBA), permitting them to submit opposition letters directly to the Board of Parole from their website. These opposition letters negatively influenced the decision-making process, ensuring Jalil would not receive a fair and impartial parole hearing. During Jalil’s 2014 parole hearing, he was told that “current and former members of law enforcement” were parole commissioners, many of whom decided to deny his release.

On December 4th & 5th, 2016, The New York Times published an extensive exposé entitled “The Scourge of Racial Bias in New York State’s Prisons” that informed: “The racism can be felt from the moment a black inmate enters New York’s upstate prisons.” This implacable racism has been institutionalized in the entire parole system, permitting subjective biases of parole commissioners to influence parole decisions.

Since the submission of the Application to Commute the Sentence to Time Served, Governor Cuomo has received many letters and communications urging him to grant Jalil’s Application. However, the governor has refused to do so, despite the heightened danger to all prisoners during the current pandemic.

Jalil exceeds all requirements for release. His release on parole has been supported by activists, academics and community leaders from across the country and around the world, including Archbishop Desmond Tutu and the family of one of the victims. The political nature of his conviction has prevented parole commissioners from giving fair and impartial consideration to his release, despite the overwhelming community support.

He has established many programs, such as the first Men’s Group for therapeutic training in the NY State prison system, an African/Black Studies program, a computer literacy class, a Sociology class and a poetry class. He has received two commendations for preventing prison riots. He has raised money for the children’s fund, was office manager of the computer lab and a teacher’s aide for GED classes.

Jalil is also the recipient of several certificates for rehabilitation programming, and is a published author, poet, educator and blogger.

As a human rights advocate, he had the first U.S. prisoners national petition heard and recorded by a Special Committee at the United Nations on U.S. prisons and the existence of U.S. political prisoners. He has litigated several civil rights complaints on behalf of prisoners. In 2000, Essence magazine featured an article on father-daughter relationships. The article, entitled “Daddy Says,” quoted Jalil stressing the importance of maintaining these relations even during incarceration.

We request that people do the following for Jalil:

We are requesting that Friends and Supporters call, tweet, email and write NYS Governor Andrew M. Cuomo’s office and appeal to him to grant Jalil’s Application to Commute the Sentence to Time Served.

We also request that this Initiative be widely posted on social media platforms, encouraging freedom loving people around the world to join in this initiative.

Since this will be ongoing, we propose that people tweet and/or email Governor Cuomo every Monday, Wednesday and Friday, and call and write the Governor every Tuesday and Thursday.

Read the article: Gov. Cuomo’s Program for More Clemency Applications Appears to Stall, As Prisoners Wait and Hope for a Second Chance