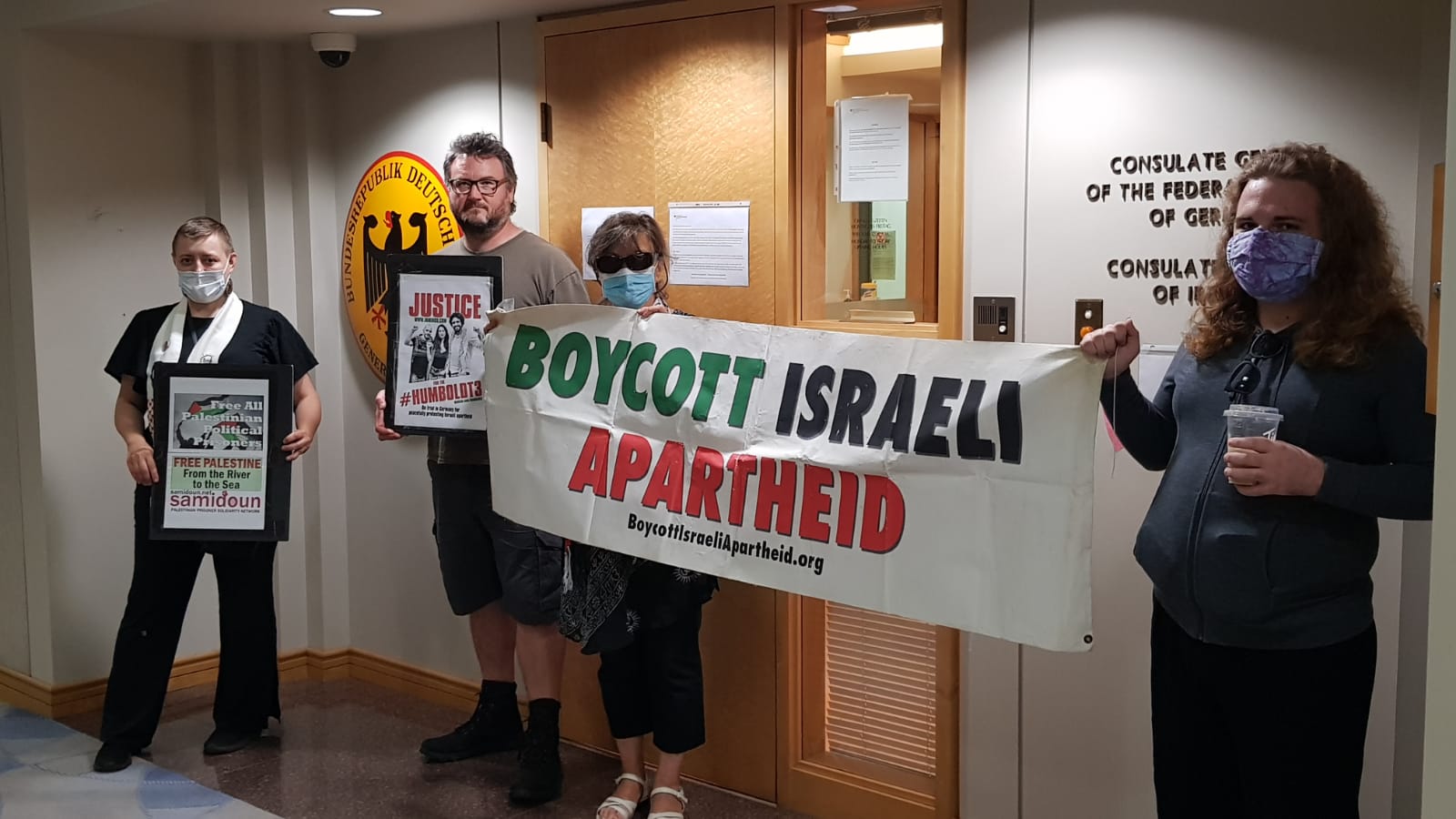 A delegation of activists in Vancouver, Canada, representing the Canada Palestine Association, BDS Vancouver – Coast Salish Territories, Samidoun Palestinian Prisoner Solidarity Network and Independent Jewish Voices at the University of British Columbia delivered a letter of protest to the consulate of the Federal Republic of Germany on Thursday, 30 July. The protest letter condemned the prosecution of three Palestine activists involved in the boycott, divestment and sanctions movement for a protest confronting an Israeli official. 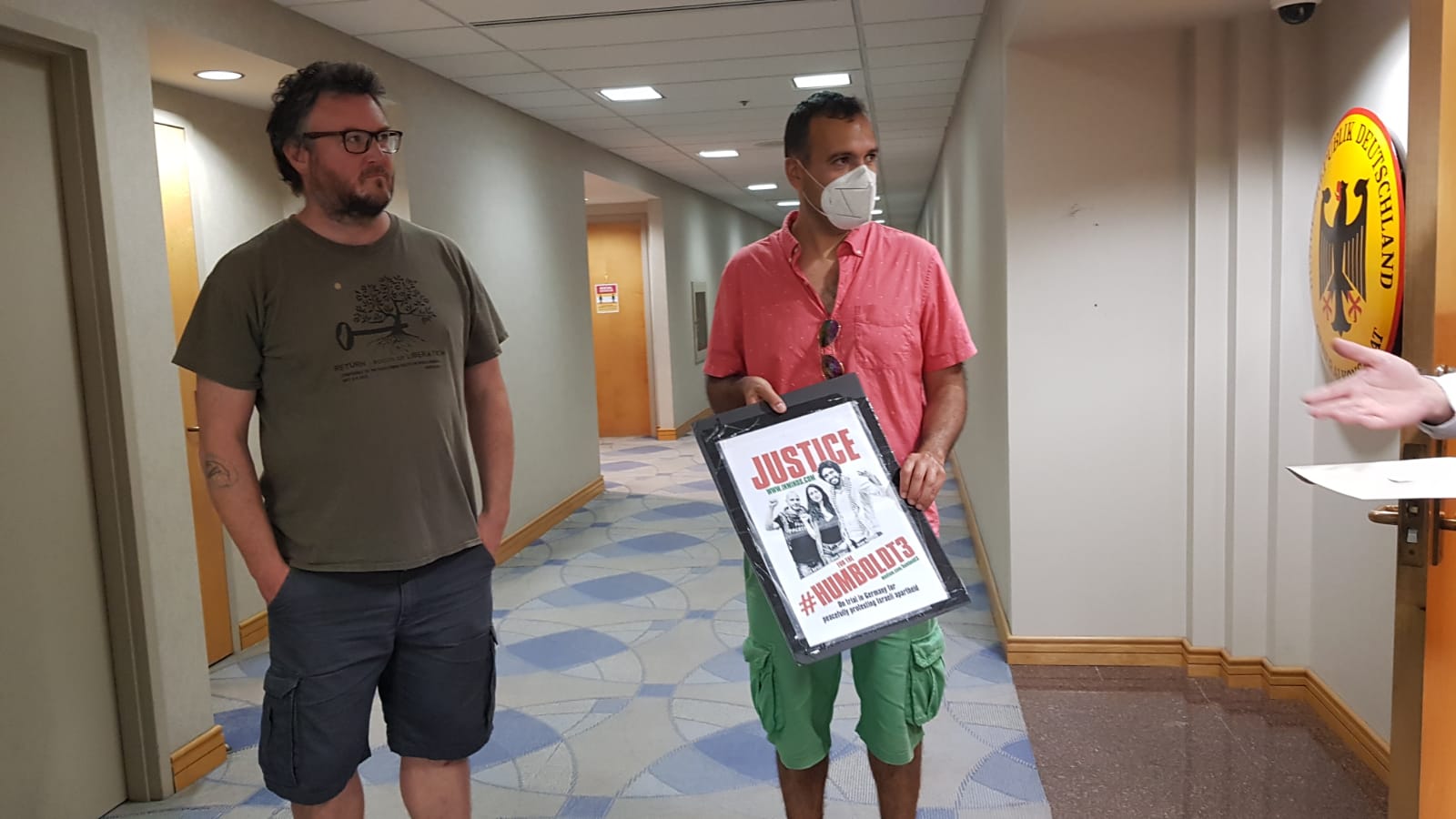 The Humboldt 3 – Ronnie Barkan, Majed Abusalama and Stavit Sinai, a Palestinian from Gaza and two Israeli Jewish activists – were charged after they interrupted a Knesset member in 2017 about the massacre of civilians in Gaza during a speech at the Humboldt University of Berlin. The next trial in their case will take place at the Moabit Court in Berlin at 9 am on Monday, 3 August. 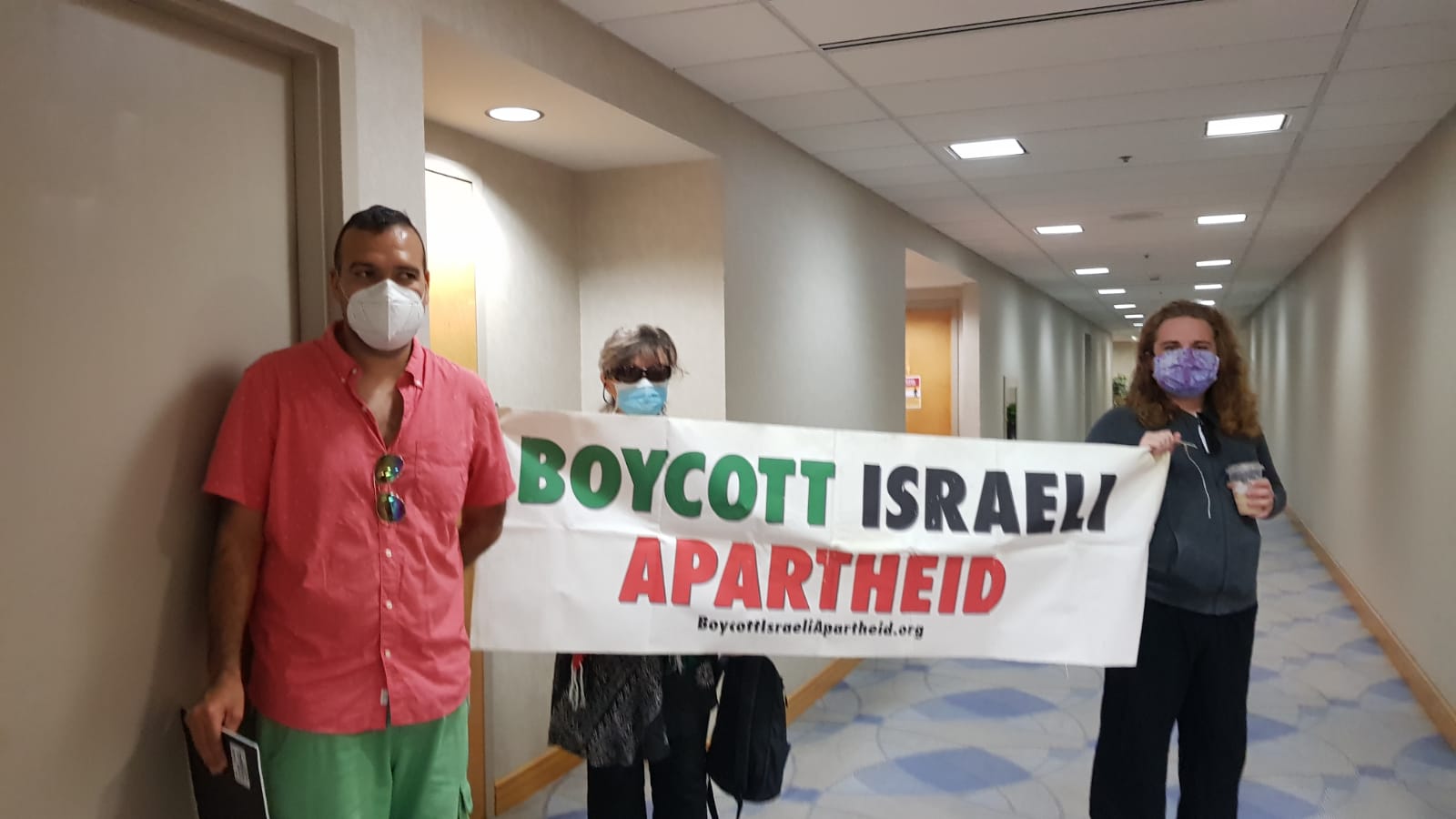 Supporters of the Humboldt 3 and defenders of the right to stand for justice in Palestine will gather outside the Moabit court at 8 am on Monday, 3 August. Samidoun Palestinian Prisoner Solidarity Network supports this mobilization and encourages all to join in Berlin as well as to organize actions like this one in Paris, by delivering letters and holding protests outside German embassies and consulates around the world. 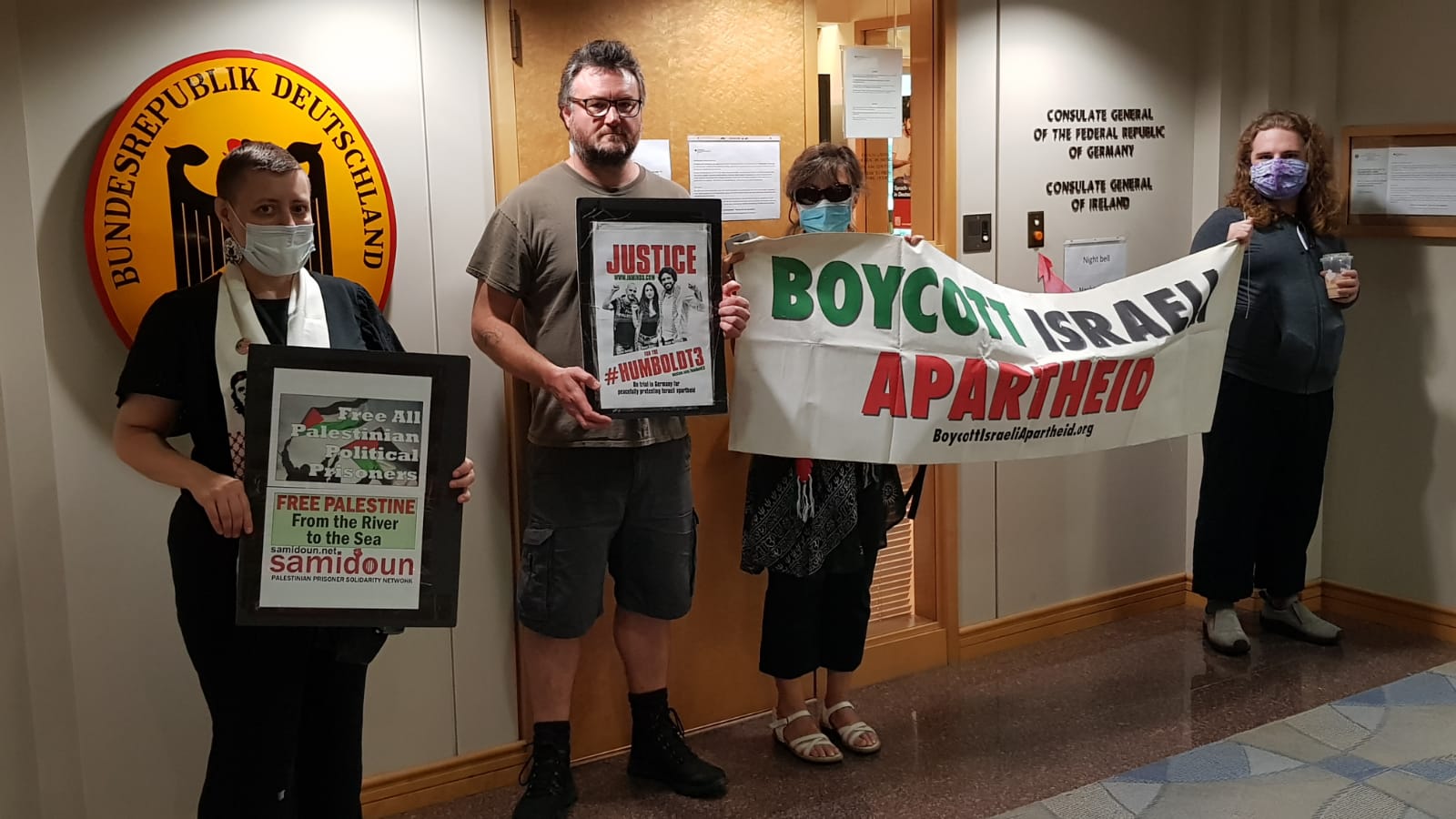 In Vancouver, the activist delegation delivered a message that called for the charges against the Humboldt 3 to be dropped immediately and for an end to anti-Palestinian repression in Germany. The letter highlighted other instances of anti-Palestinian state action in Germany, including the political ban and later exclusion of Palestinian writer Khaled Barakat and the deportation of feminist, torture survivor and former Palestinian political prisoner Rasmea Odeh. 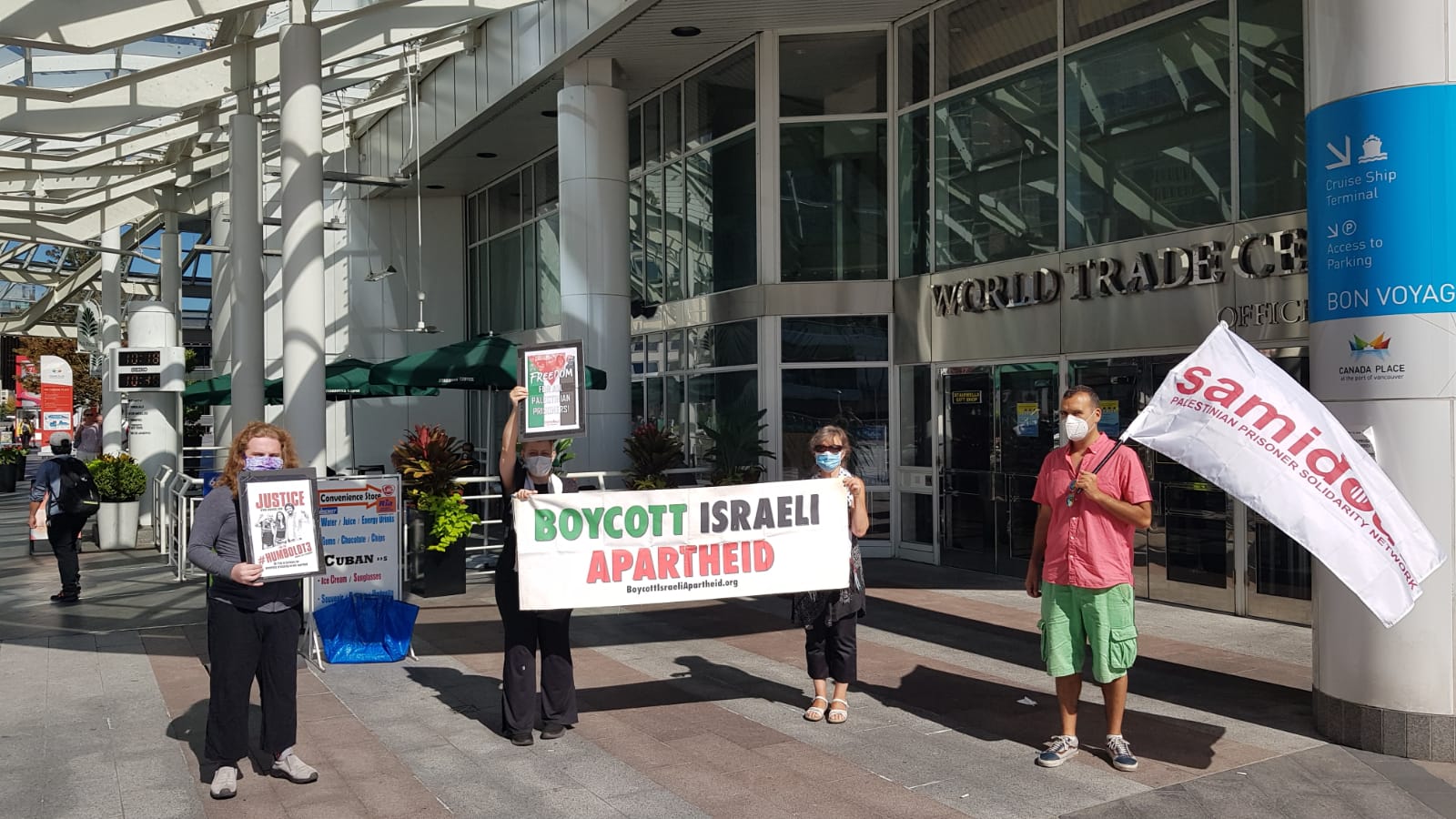 The Vancouver activist delegation also sent their letter of protest to the German embassy in Ottawa, Canada and the German mission to the United Nations, urging an end to Germany’s complicity in Israeli crimes as well as its own violations of Palestinian rights. International delegations and protests in support of the Humboldt 3 have taken place in several international cities, including London, Toulouse, Paris and Adelaide and Canberra, Australia. 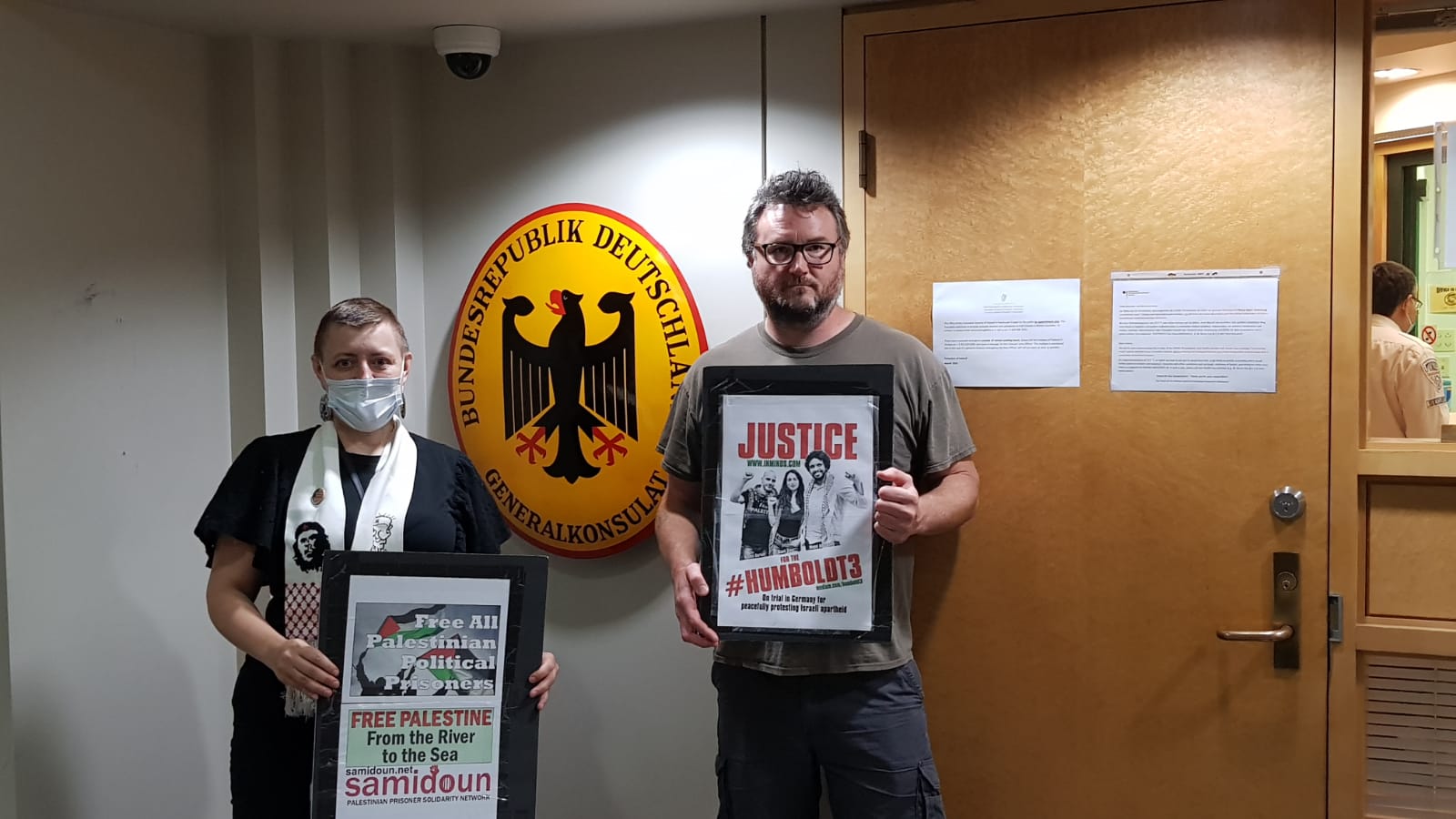