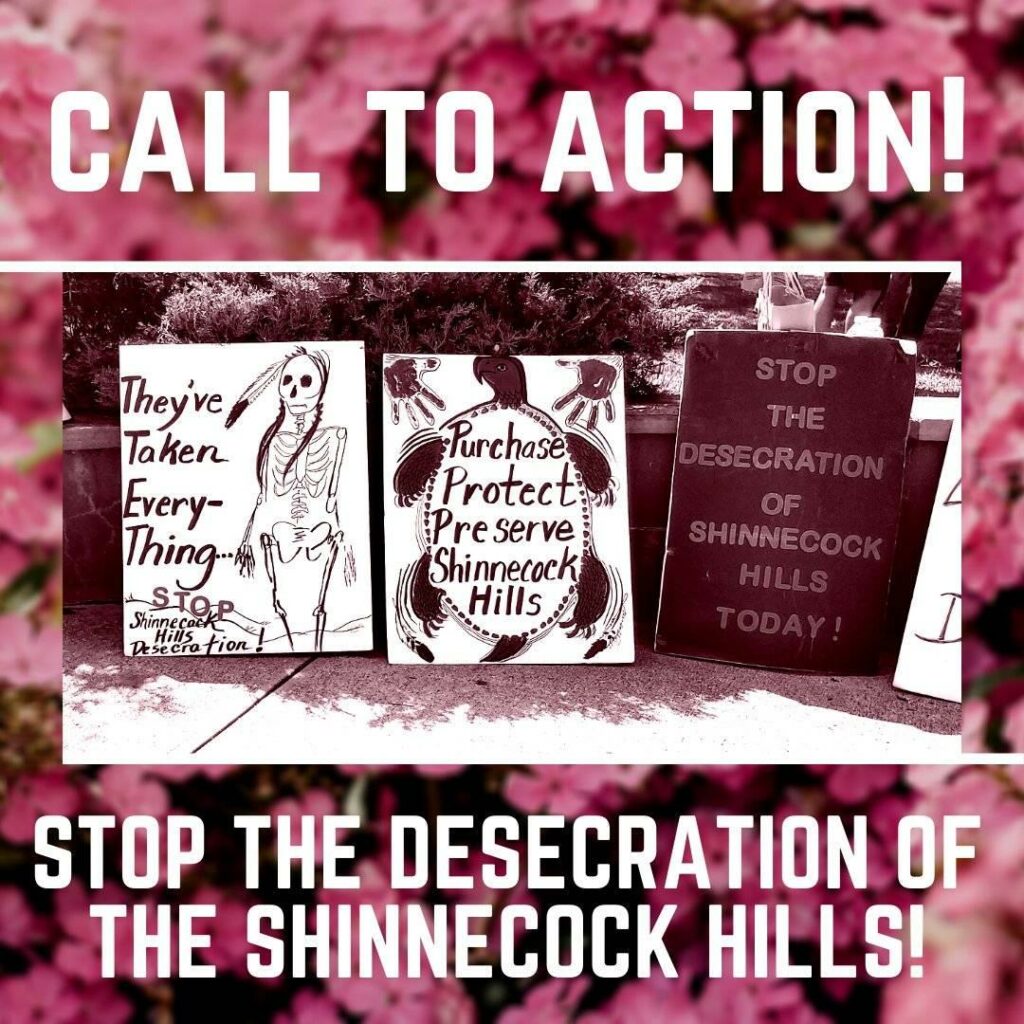 After centuries of land theft under colonial encroachment, today Shinnecock sacred burial grounds are again under attack of desecration by private development. Samidoun Palestinian Prisoner Solidarity Network urges all friends of Palestine to stand with Shinnecock Grave Protection Warrior Society in upholding their sovereign rights. We are reprinting below the Call to Action from the Shinnecock Grave Protection Warrior Society: https://docs.google.com/document/d/1hg-bl5eAhP4Vyb7iuuhqFDJavDuofduGz9XO4PZ_q4c/edit?usp=drivesdk

STOP DIGGING UP OUR ANCESTORS–LET US REST IN PEACE

After postponing the vote numerous times, the Southampton Town Board plans to vote on theGraves Protection Act and the proposed moratorium on September 8 after seven days of accepting public comment.

This means we have ONE WEEK to flood the Board with comments and calls as they end their acceptance of additional written submissions in preparation for the vote! And we’re going to do it all at once on Monday! But you don’t have to wait until then to take action. Use this toolkit to make calls now:

Letters and Calls to –

TALKING POINTS TO INCLUDE: