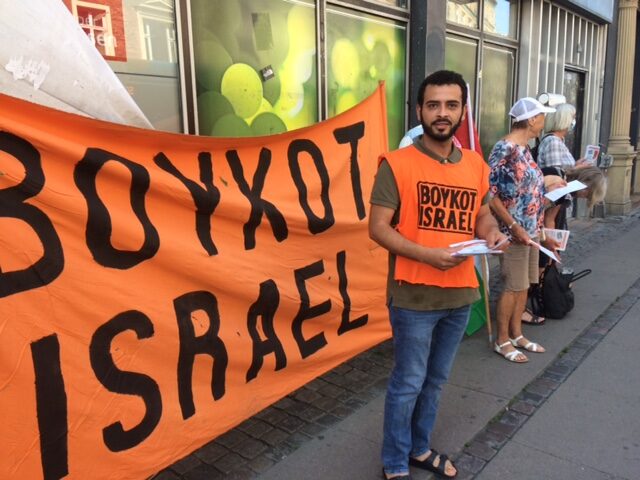 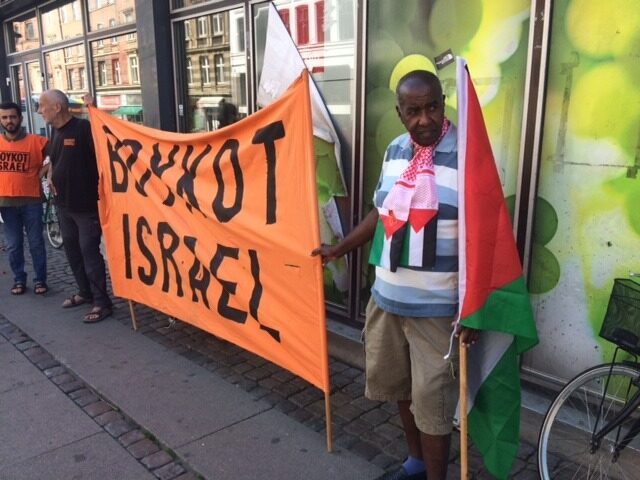 Activists distributed hundreds of flyers calling for a boycott of all Israeli products so long as Israeli apartheid, occupation and colonization of Palestine continue. Customers and passers-by welcomed the flyers, and inside the market activists found many Israeli Medjoul dates, which were adorned with “Boycott Israel” stickers. 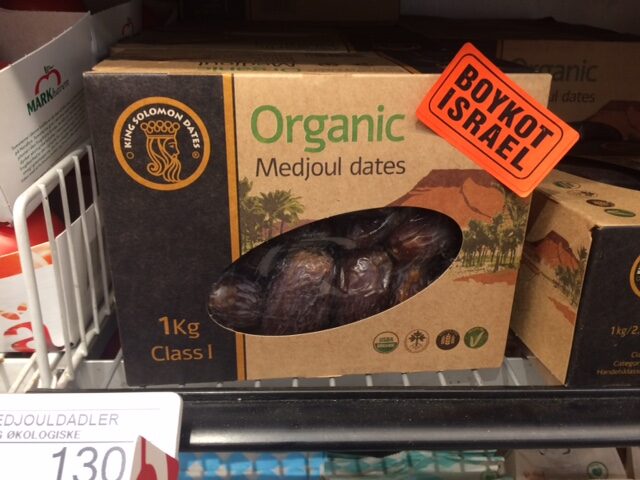 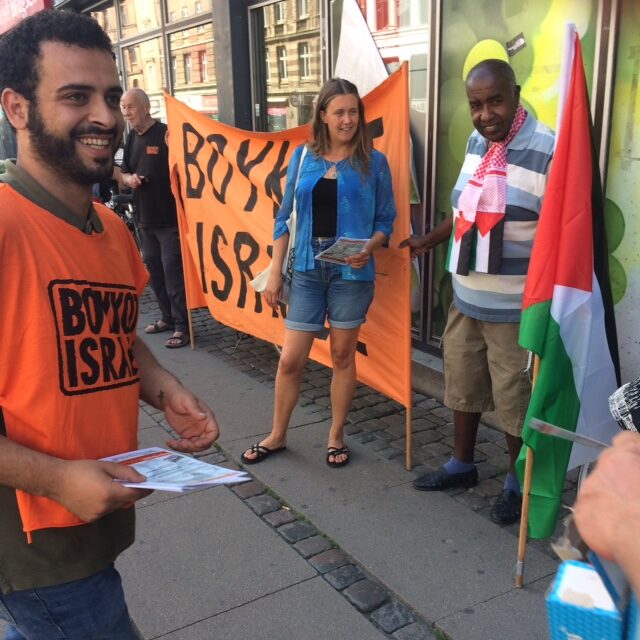 Join the next action in Copenhagen with Boykot Israel on the first Saturday of every month – next meet-up on 5 September at Nørreport station, Copenhagen . 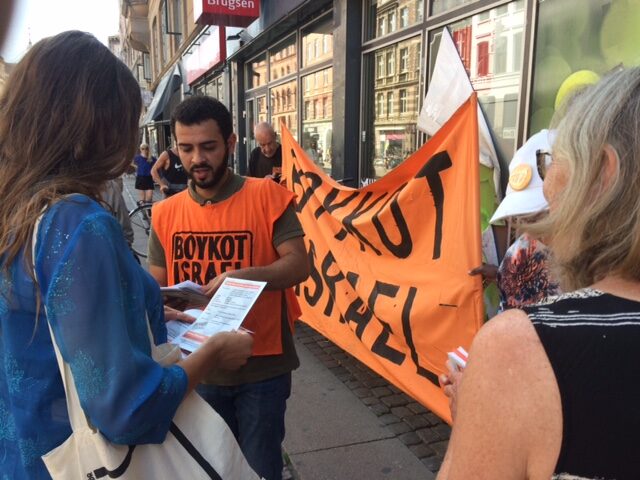 This event came shortly after multiple actions for the Days of Resistance in Copenhagen, organized by the Internationalt Forum Middle East Group and Stop Annekteringen af Palæstina 2020. 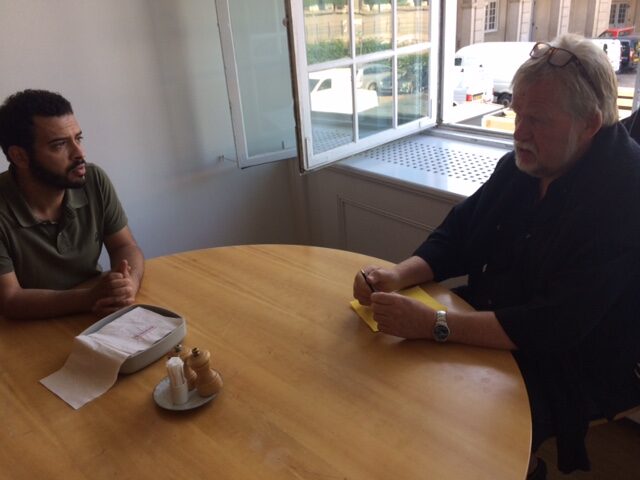 Prior to the protest, Mohammed Khatib joined Johnna Mortensen and Irene Clausen of the Internationalt Forum to meet with MP Christian Juhl of the Enhedslisten, the Red-Green Alliance, at the Danish parliament. 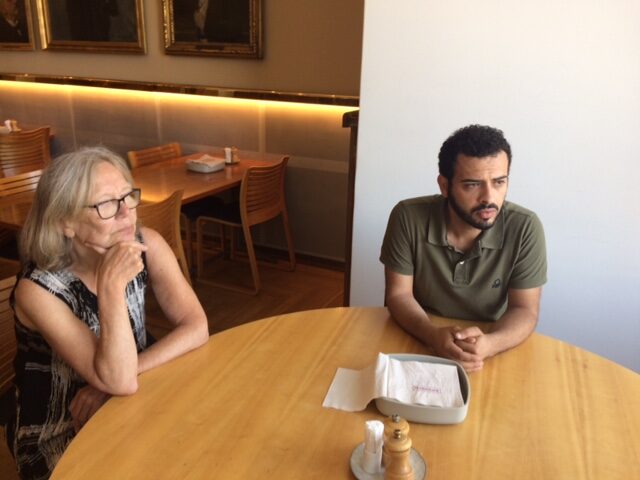 Earlier, on 7 August, Mohammed Khatib addressed a “people’s kitchen” in Copenhagen. The event was attended mostly by youth activists and included a comprehensive discussion of the Palestinian struggle as well as the situation of Palestinian prisoners. A massive banner highlighting the campaign to free Georges Ibrahim Abdallah and Ahmad Sa’adat framed the room.

On Sunday, 9 August, the events continued in Copenhagen, as the Internationalt Forum hosted an event remembering the legacy of Ghassan Kanafani’s revolutionary cultural work and commitment to Palestinian resistance. 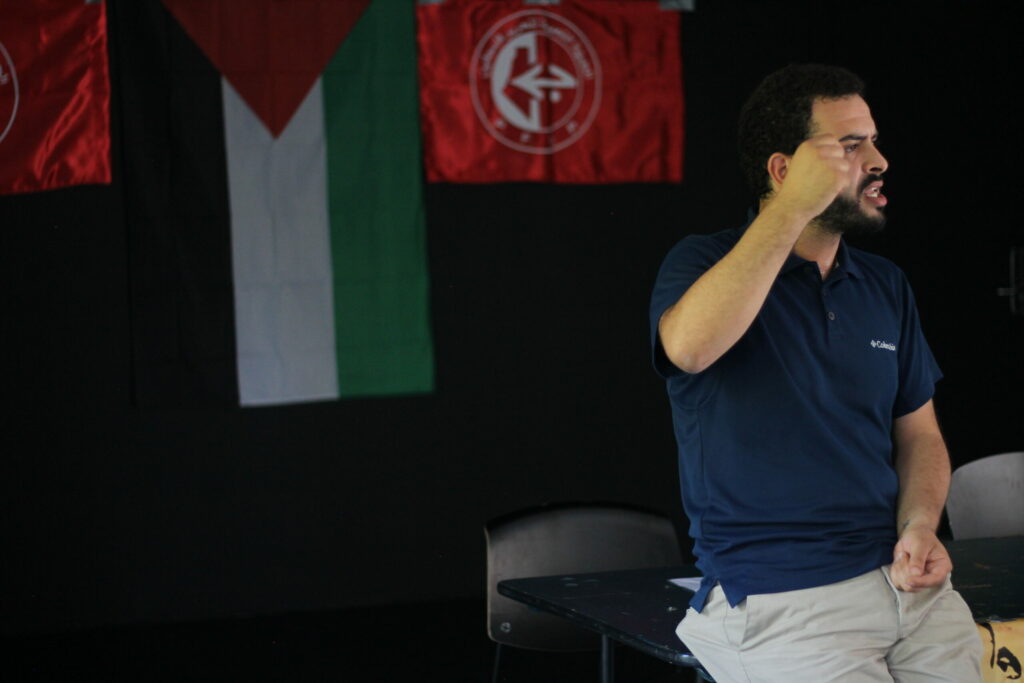 In his speech, Mohammed shared the story of Abu Samre Younis, a longtime Palestinian activist in Copenhagen, talking about his journey as a youth to become part of the Palestinian revolution.

The event was moderated by Irene Clausen of the Internationalt Forum, longtime Palestine organizer and author of the book, “The PFLP and Palestine” (published in Danish.)