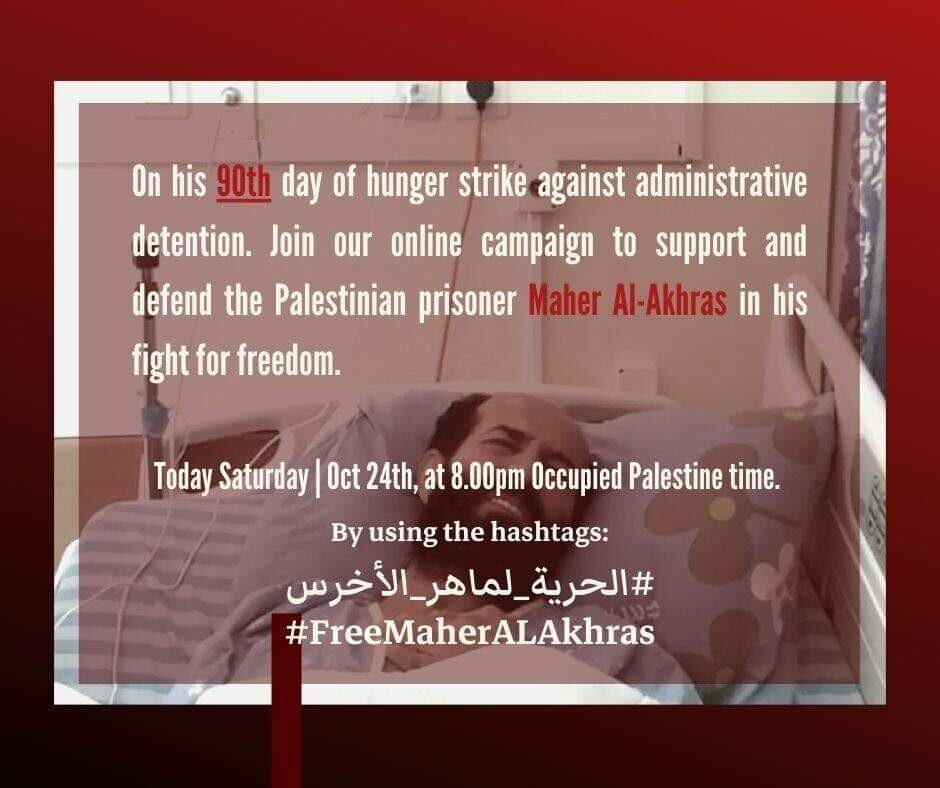 On his 90th day of hunger strike against administrative detention – Israeli imprisonment without charge or trial – Maher al-Akhras faces a severely critical condition. Nevertheless, and apparently to punish him for engaging in a hunger strike to resist this injustice, the Israeli occupation just yesterday, 23 October, reimposed and extended his administrative detention and transferred him from the Kaplan Medical Center to the Ramleh Prison Clinic, preventing him from receiving visits from his wife and concerned supporters and attempting to isolate him just as his life is most at risk.

We urge all supporters of Palestine to join in the Twitterstorm today, Saturday, 24 October at 8:00 pm Palestine time (10 am Pacific time, 1 pm Eastern time, 6 pm in Britain and Ireland, 7 pm in central Europe and central Africa). Use the tweet sheet available here: https://docs.google.com/document/d/1EyMdjbbkEcwXaUJtJRJiSCrT8oIjidD93i0rnDlaVJs/edit

Copy and paste these tweets or write your own using the hashtag #FreeMaherAlAkhras and tagging @amnesty, @hrw, @ICRC, and @UNHumanRights to demand immediate action on Maher’s 90th day of hunger strike. 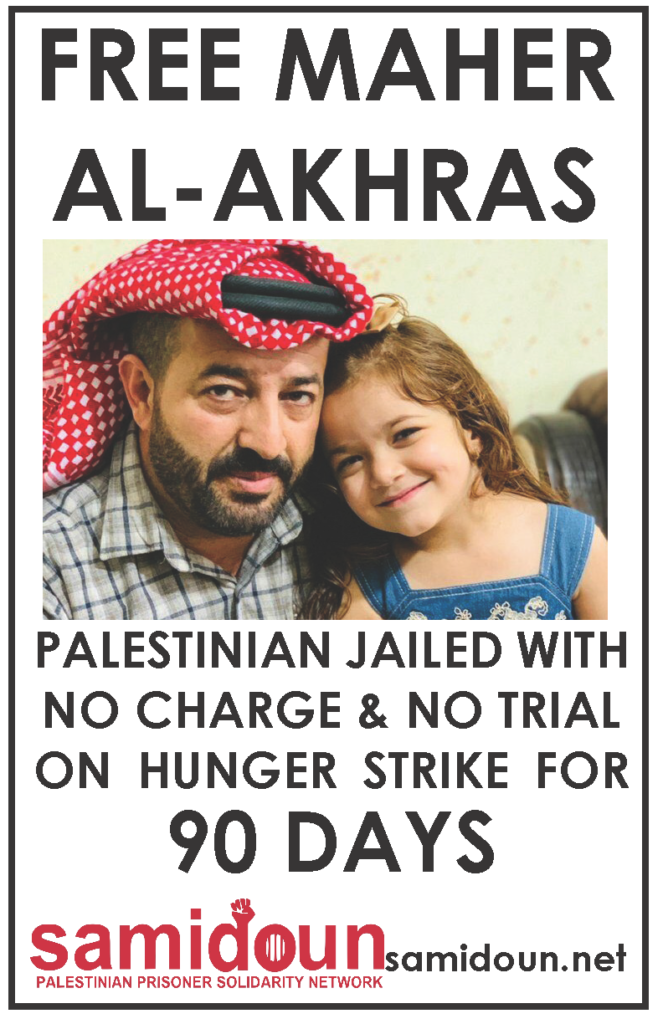