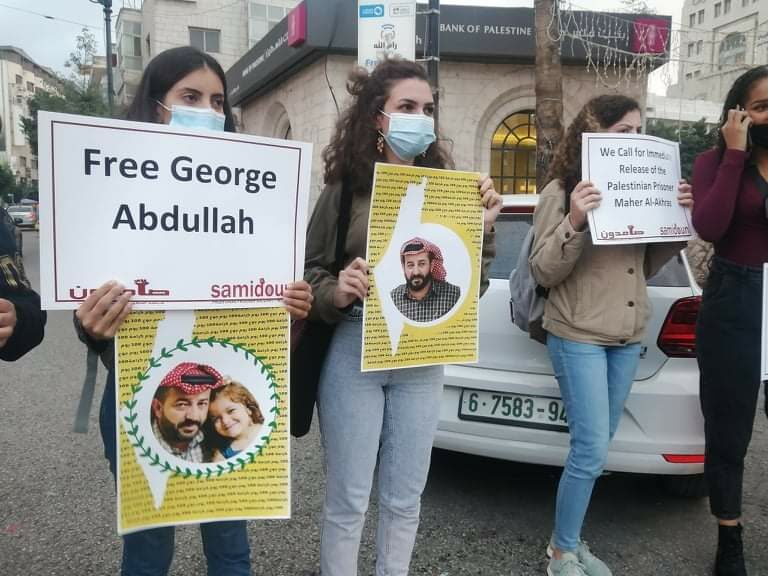 On Tuesday, 3 November, Samidoun Network in Occupied Palestine, along with the families of the prisoners and the martyrs, called for a demonstration in Ramallah at Manara Square, on Maher al-Akhras‘ 100th day of hunger strike. The 49-year-old Palestinian father of six has been on hunger strike since 24 July, when he was seized by Israeli occupation forces and ordered to administrative detention, imprisonment without charge or trial. 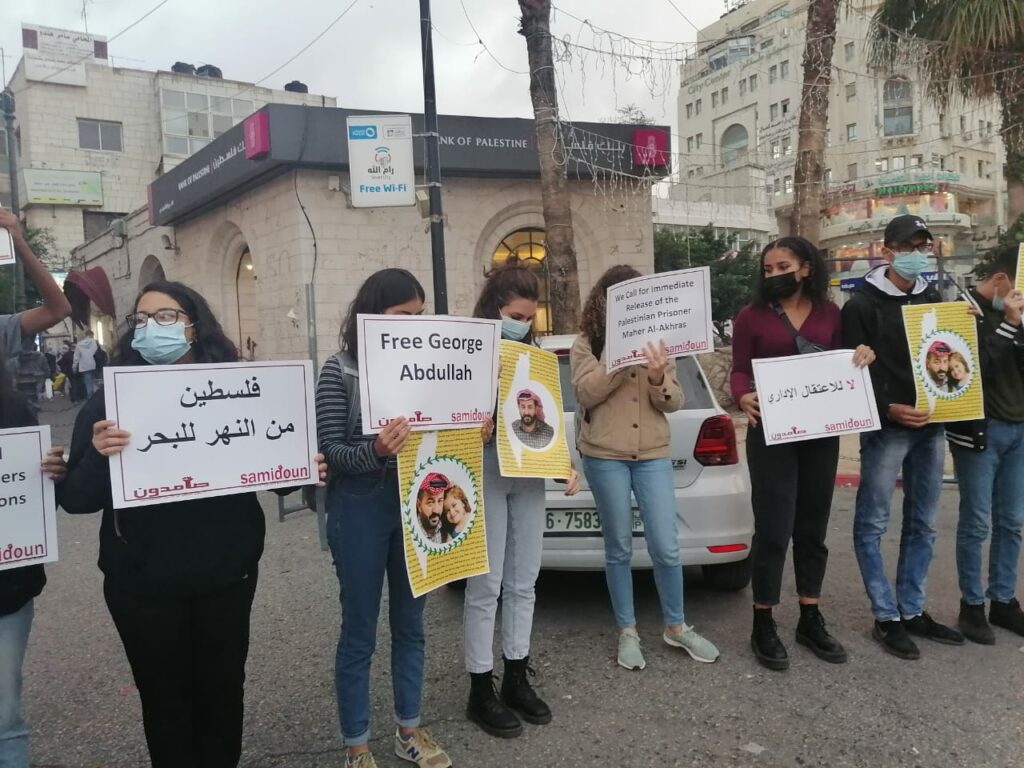 Protesters gathered to demand freedom for al-Akhras and his fellow Palestinian prisoners and marched through the streets of Ramallah carrying signs and banners calling for their liberation. Protesters also called for the immediate release of Georges Ibrahim Abdallah, the Lebanese Arab struggler for Palestine imprisoned in France for 36 years. 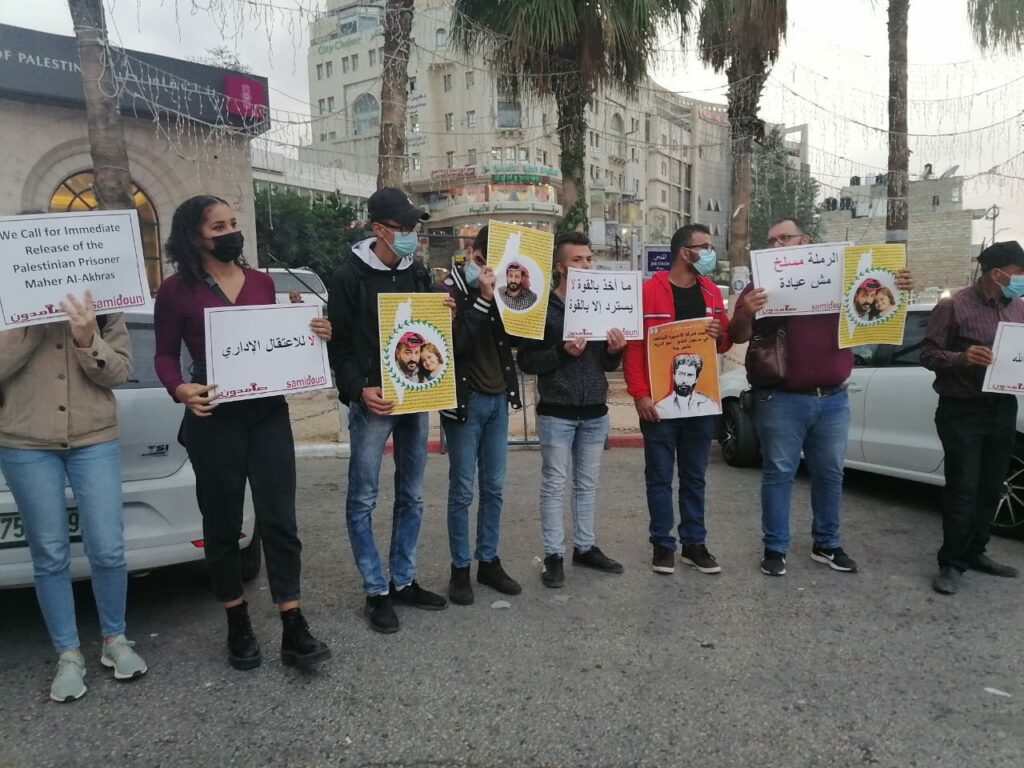 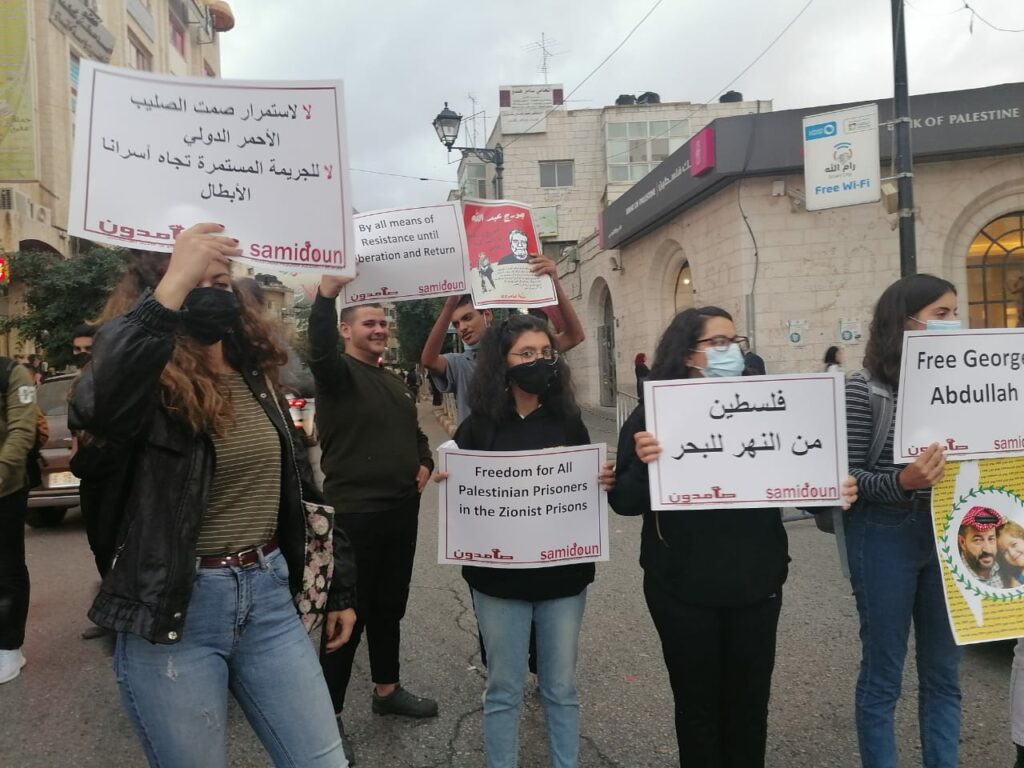 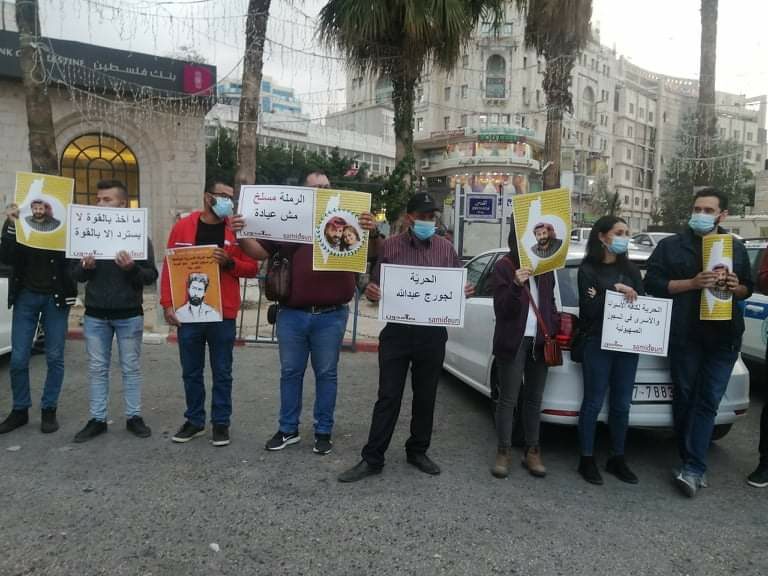 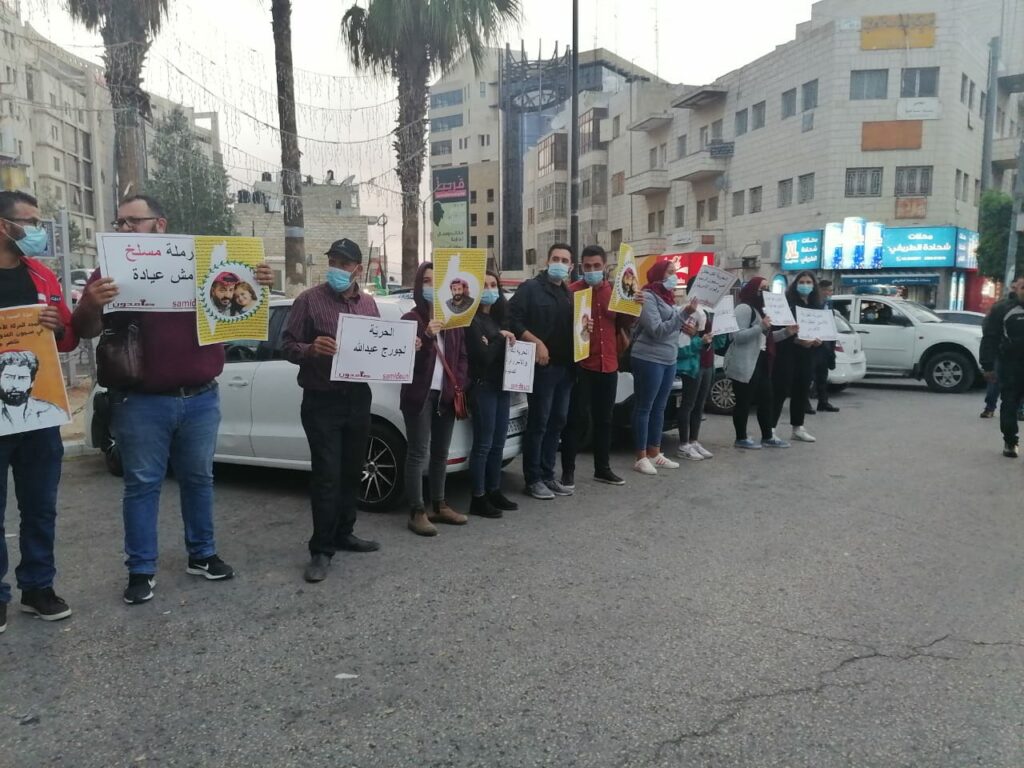