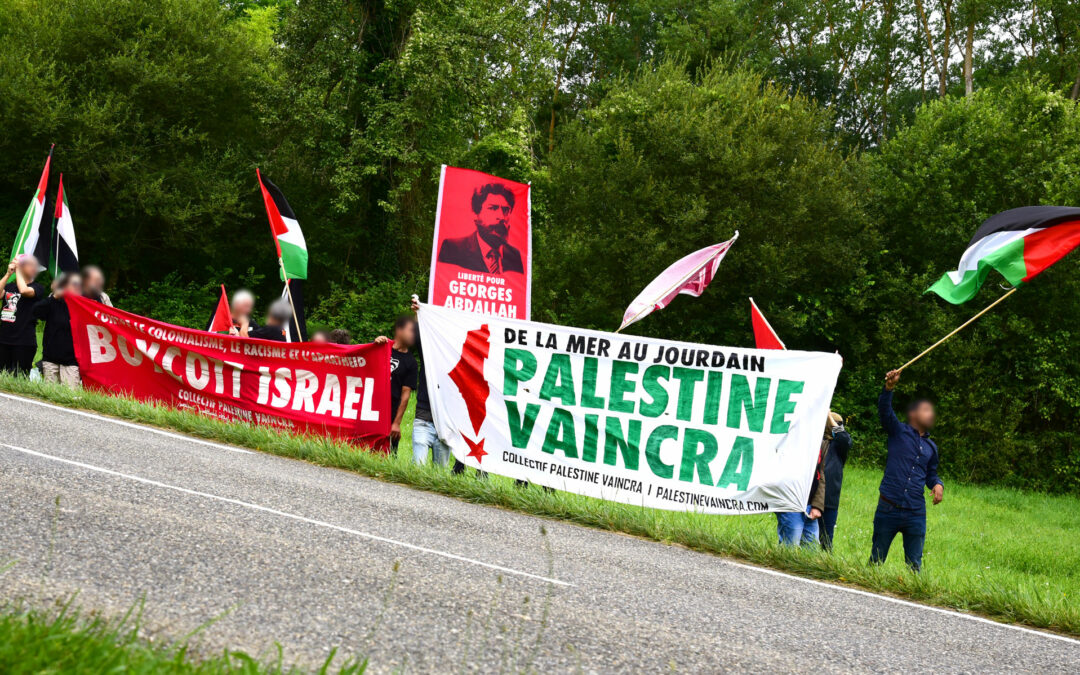 On Wednesday, 14 July, in Boussan, on the 17th stage of the Tour de France international cycling race, approximately 20 people from Collectif Palestine Vaincra – a member organization of the Samidoun Network – the Campaign BDS Toulouse, and the Friends of Le Monde Diplomatique rallied along the route of the race to denounce the participation of the “Israel Start-Up Nation” team, a cycling team designed to whitewash the image of Israeli apartheid internationally, serving as “ambassadors” of Zionist colonialism. 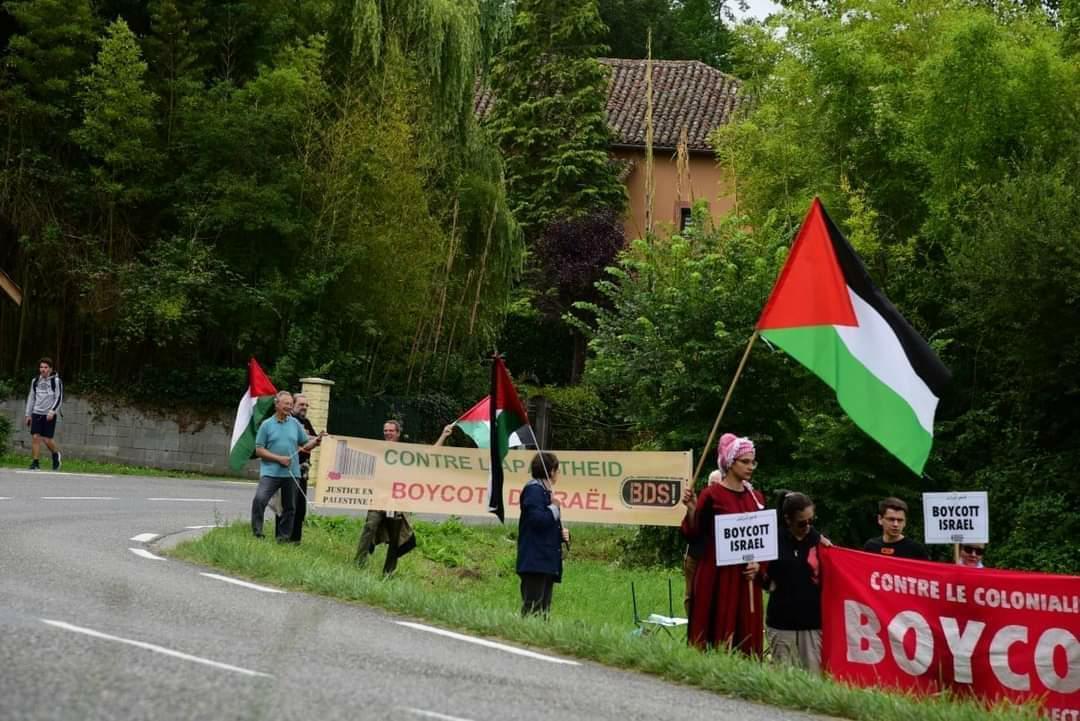 The Collectif Palestine Vaincra said that “The participation of an Israeli team in the Tour de France provides international support for colonialism and for the criminal practices of the Zionist state towards the Palestinian people.” A member of the Collectif from Gaza said, “When a Zionist team participates in an event like the Tour de France, it is providing support for the settler-colonial project and the theft of Palestinian land.”

This demonstration of solidarity with Palestine was also an occasion to demand the immediate release of Palestinian prisoners, particularly Georges Abdallah and Khalida Jarrar. 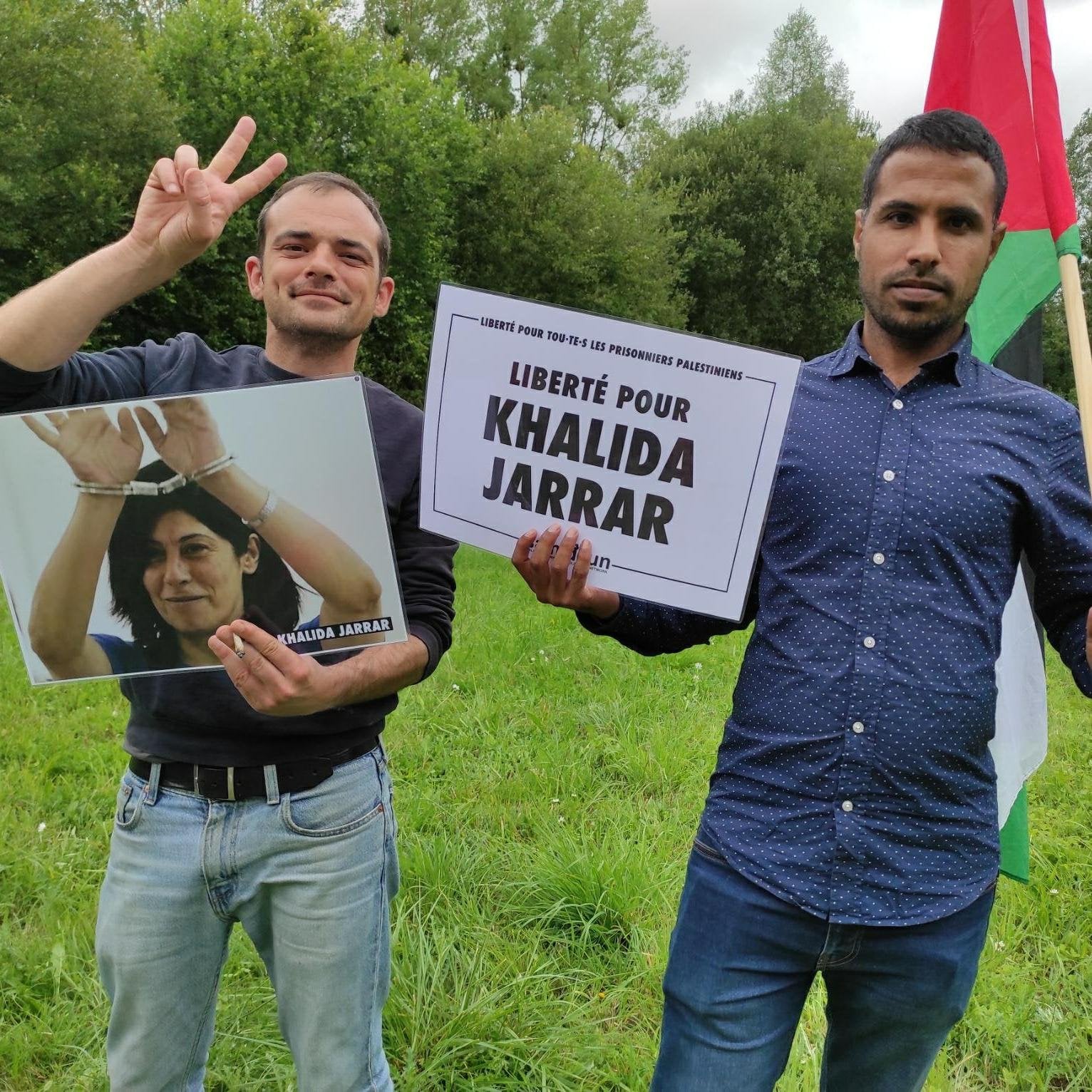 A Palestinian leftist, feminist and political leader, a representative of the Popular Front for the Liberation of Palestine, she is imprisoned by the Israeli occupation for her political activities in support of justice and liberation for Palestine. 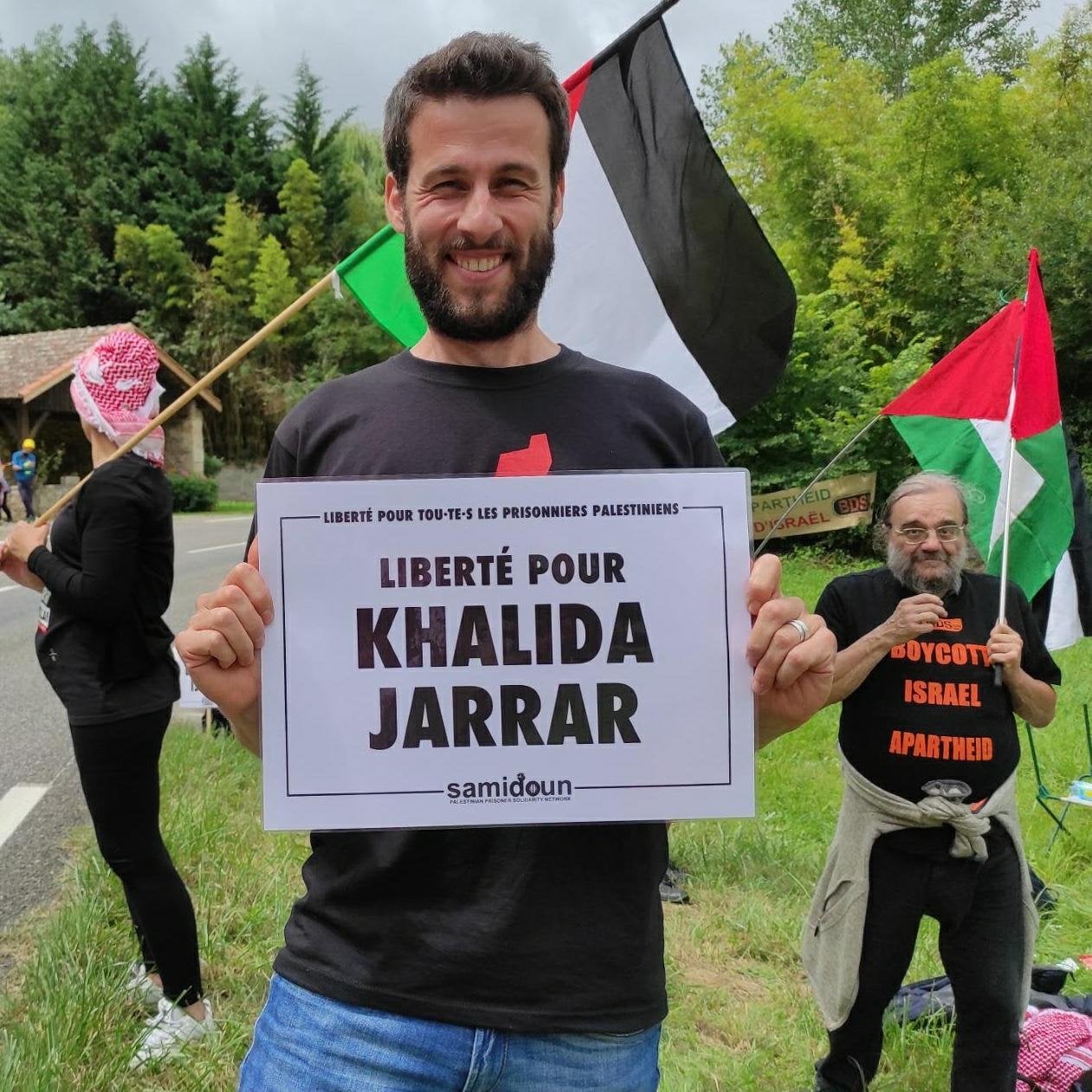 She was denied early release on 12 July after the tragic death of her daughter, Suha, and Suha was buried without the presence of her mother despite widespread outrage. All of the participants in the event took solidarity photos to demand her immediate release.

Since the launch of the Tour de France with the presence of the “Israel Start-Up Nation” team, a wide-ranging and diverse mobilization has taken place along the route of the biggest cycling race in the world to denounce its promotion of colonialism, racism and apartheid. Let us intensiffy the mobilization everywhere to boycott Israel and support the Palestinian resistance!