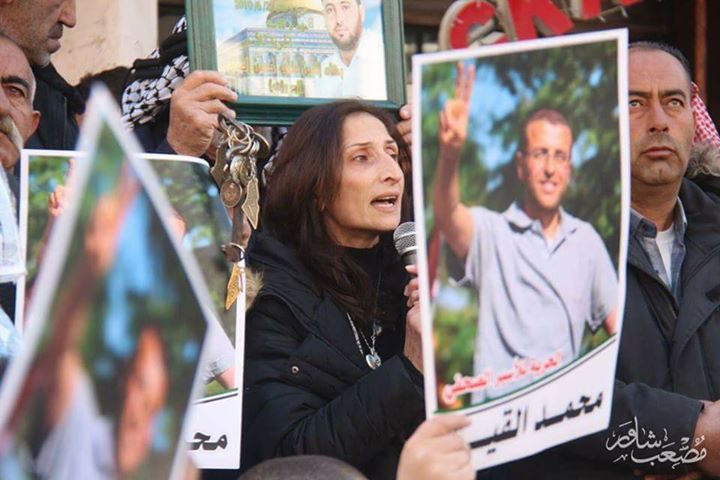 Imprisoned Palestinian journalist and former long-term hunger striker Mohammed al-Qeeq will be released after six months after an agreement for a sentence of 10 and one-half months completed by his lawyer, said his wife Fayha Shalash on Thursday, 8 June.

However, in mid-April, shortly before he was slated to be released, he was instead transferred to the military courts and hit with “incitement” charges related to his public speeches at events Bir Zeit University, his alma mater. While he was a student at Bir Zeit, he was president of the student council – and then arrested and imprisoned by Israeli occupation forces for his student activity.

Shalash noted that he recently participated in the Strike of Freedom and Dignity, the collective hunger strike that concluded after over 40 days of struggle.