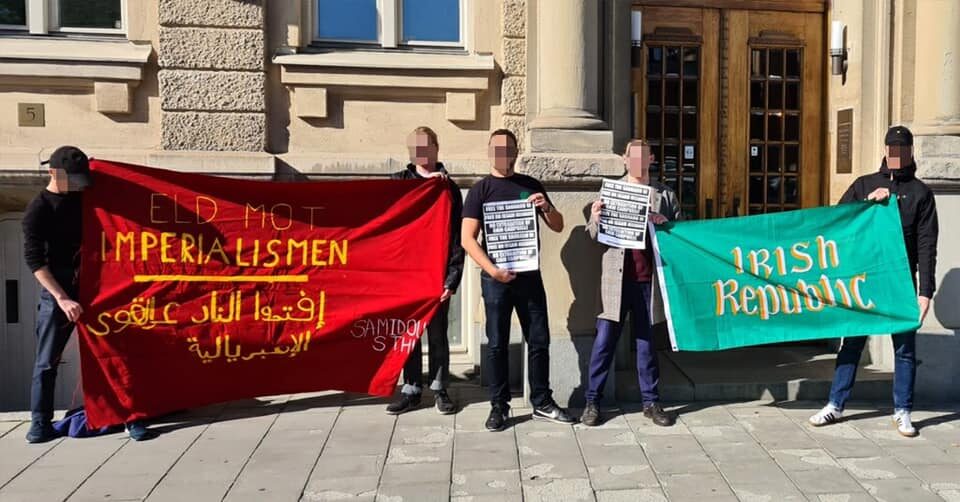 On Saturday, 19 September 2020, activists from the Ireland Information Group and Samidoun Stockholm visited the British and Free State embassies in Stockholm.

We visited these two embassies to show our solidarity with our imprisoned comrades, both in the Free State and in the occupied six counties.

At the two embassies, activists lined up with message posters, banners, and the flag for the Republic of Ireland.

The messages for the two activities were:
FREE THE SAORADH 9
FREE DR. ISSAM HIJJAWI
NO EXTRADITION OF LIAM CAMPBELL 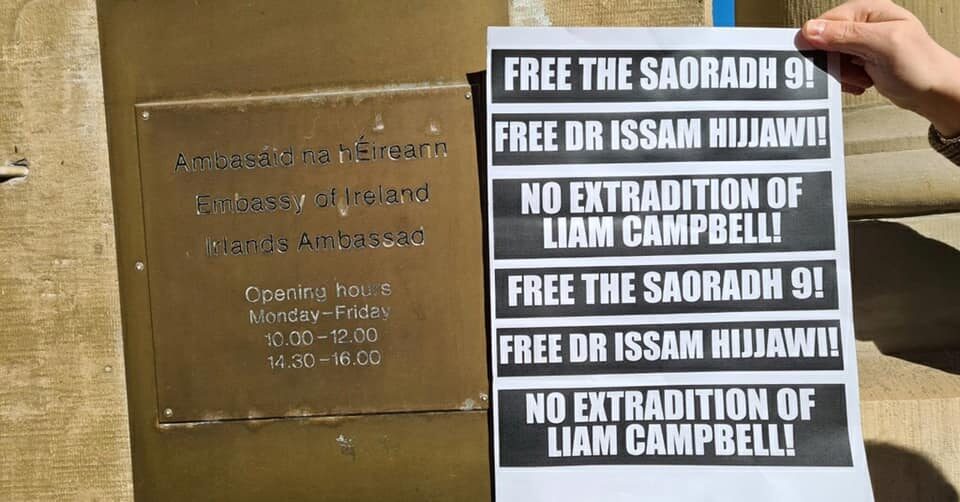 At the end of August 2020, the Socialist Irish Republican party of Saoradh was subjected to severe repression in both the occupied territories in the north of Ireland as well as in the Free State in the south. Securitas forces carried out actions against ten representatives of the party, and four offices belonging to the party were searched.

At present, nine representatives from Saoradh are detained and accused of having links to The New IRA.

On September 16, Issam Hijjawi was denied bail. Dr. Issam Hijjawi suffers from several serious health problems and is currently in solitary confinement at Foyle House, a prison not built to treat individuals with serious illnesses. 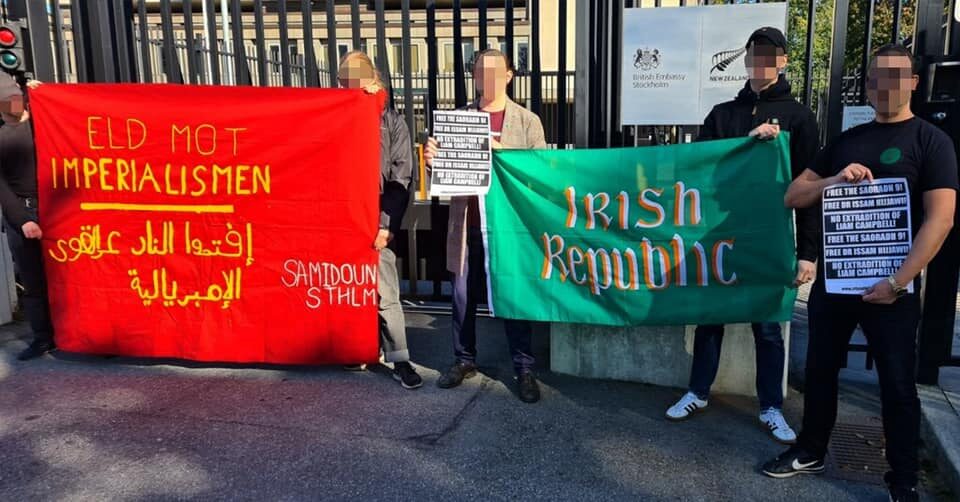 No extradition of Liam Campbell:

A court in the Irish Free State has decided to extradite Republican Liam Campbell to Lithuania, where he is accused of preparations for arms smuggling.

Campbell, who has never visited Lithuania at all, is accused on very loose grounds of having planned an arms smuggling from Ireland that never happened, and where there is reason to question any real plans at all.

Support for the hunger-striking prisoners:

/The Ireland Information Group of Sweden, and Samidoun Stockholm